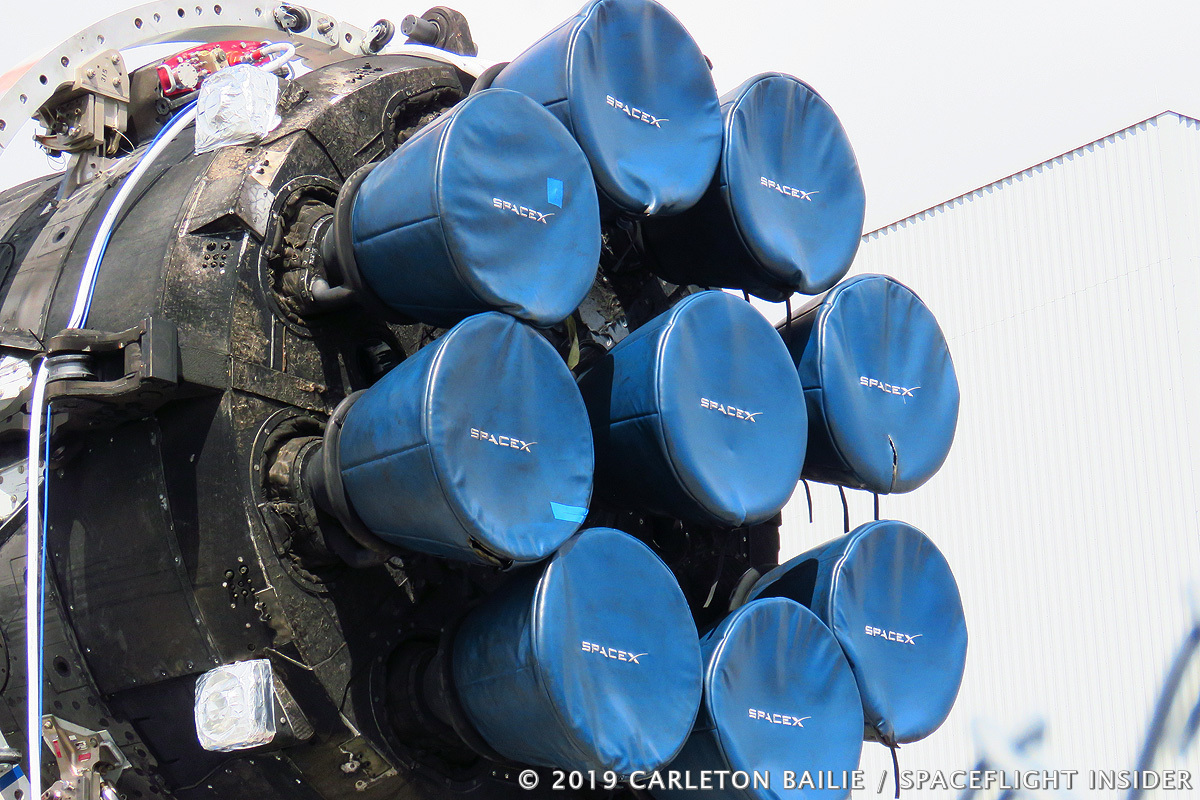 CAPE CANAVERAL, Fla. — The flight of Spacecom’s AMOS-17 telecommunications satellite has been postponed indefinitely according to a tweet posted by the Air Force Space Command on Aug. 3. This delay comes shortly after SpaceX, the launch service provider, had announced an issue with the rocket and the need for additional testing.

On Wednesday, July 31, the company conducted a static test fire of the nine Merlin 1D engines located in the Falcon 9’s first stage. The test fire was carried out at Cape Canaveral Air Force Station’s Space Launch Complex 40 (SLC-40) in Florida. Normally, the static test fire is one of the last hurdles the Falcon 9 undergoes prior to flight.

On Saturday, Aug. 3, Space Coast Daily posted an update stating that the launch would wait until at least Monday, Aug. 5, 2019. SpaceX made the following statement via Twitter: Team is setting up an additional static fire test of Falcon 9 after replacing a suspect valve. Will confirm updated target launch date for AMOS-17 once complete.

After that second static test fire of the Falcon 9 rocket was carried out on the evening of Saturday, Aug. 3 the AF Space Command posted the following on Twitter: Update: The AMOS-17 satellite launch has pushed till a time to be announced. The satellite will provide telecommunications access across the Middle East, Africa and Europe and will eventually finish up in a geostationary orbit around the Earth

Interestingly, another branch of the U.S. Air Force, the 45th Space Wing has posted that the next launch attempt could occur as early as Aug. 6.

When it does fly, the rocket’s first stage won’t attempt to touch down atop the company’s “Of Course I Still Love You” Autonomous Spaceport Drone Ship (which is utilized when the Falcon 9 sends rockets to Geostationary Transfer Orbits). This is due to the requirements of sending the AMOS-17 satellite to the proper orbit.

MAYBE U SHOULD MOVE SPACE-X TO CALIFORNIA FOR BETTER WEATHER

The mission that was delayed due to weather on July 24 was Dragon CRS-18, not AMOS-17. The statement “The next attempt was set for the following day, this too was waved off.” is mistaken. Dragon CRS-18 did launch on July 25 and the resupply spacecraft arrived at the ISS on July 27. Missions to the ISS have an instantaneous launch time so there can be no hold to wait for the weather to improve. The AMOS-17 launch window last 1 hour 28 minutes.

The reason for conducting a static fire test before each launch is to detect problems. When a problem was detected in the July 31 test, a “suspect valve” was replaced. The second static fire test was conducted on August 3 and the launch scheduled for August 6.

Physics dictates you cant do that. Launches go East to take advantage of the Earth’s rotation. Regulations prevent launching over populated areas. i.e. no East launch from Cali. The energy required to launch from Cali, get to orbit, and then reverse course….out of the question.

The launches from Vandenburg go south, and end up in Polar orbits, 90+ deg inclination.

A SpaceX Falcon 9 rocket will launch the Amos 17 communications satellite. Built by Boeing and owned by Spacecom Ltd. of Israel, Amos 17 will provide high-throughput broadband connectivity and other communications services over Africa, the Middle East and Europe. Delayed from May 27, June, July 24, Aug. 3 and Aug. 5.

“Wreaking havoc” is a bit of an exaggeration…

SpaceX once had a media blackout and threatened to cancel their live webcasts. I had to get an update on a tourist site because SpaceX didn’t provide squat in terms of updates. Wreaking havoc is being polite.

I think the term “Wreaking havoc” is hugely misapplied here. “Havoc” is defined as “widespread destruction”. Like a hurricane or nuclear weapon. Show us the destroyed buildings, and the lives lost.

Havoc also means: great confusion and disorder. Funny how you failed to mention that…

“Cry havoc and release the hounds of war!”