‘A Shortfall of Gravitas’ arrives in Port Canaveral 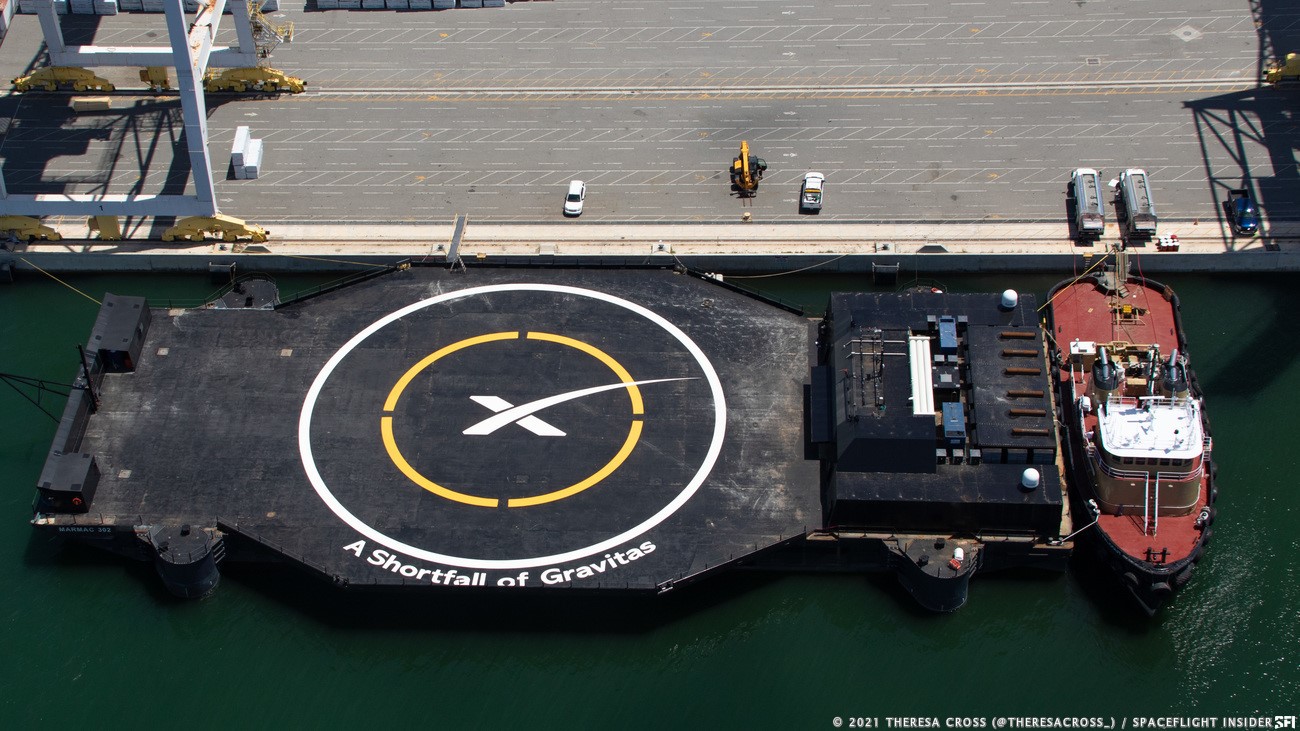 On July 15, SpaceX’s newest drone ship, “A Shortfall of Gravitas,” made its way into Port Canaveral on Florida’s Space Coast.

The autonomous rocket-catching barge is joining the other SpaceX East Coast drone ship, “Just Read The Instructions,” for the retrieval of the company’s Falcon 9 first stages as they return to Earth.

The newest addition to the fleet, A Shortfall of Gravitas is fully automated and does not require a tug to travel to the recovery area in the Atlantic Ocean, but may still require a tug for operations into, within and out of Port Canaveral itself.

The SpaceX drone ship “Of Course I Still Love You,” previously located in Port Canaveral, is now in service and support of missions for the company launching from Vandenberg Space Force Base in California. The next West Coast launch currently scheduled is a Starlink mission headed for a polar orbit.

The arrival of A Shortfall of Gravitas restores the SpaceX fleet of drone ships to two for the company’s Florida operations.

SpaceX’s next launch in Florida, from NASA’s Kennedy Space Center, is a resupply mission to the International Space Station using SpaceX’s CRS-23 cargo Dragon spacecraft and would offer the next opportunity for the new drone ship to support a first stage recovery in the Atlantic ocean.

Visually similar, the drone ships are similar in size, sharing the base hull, but shaped differently.

As the new drone ship prepares for service it recently received its “Octograbber,” a mechanical remote-controlled robot that, once deployed, attaches itself to a recently-landed Falcon 9 booster for stabilization during the ocean journey back to Port Canaveral from its landing zone, typically located some 380 miles (600 kilometers) down range from the launch site. 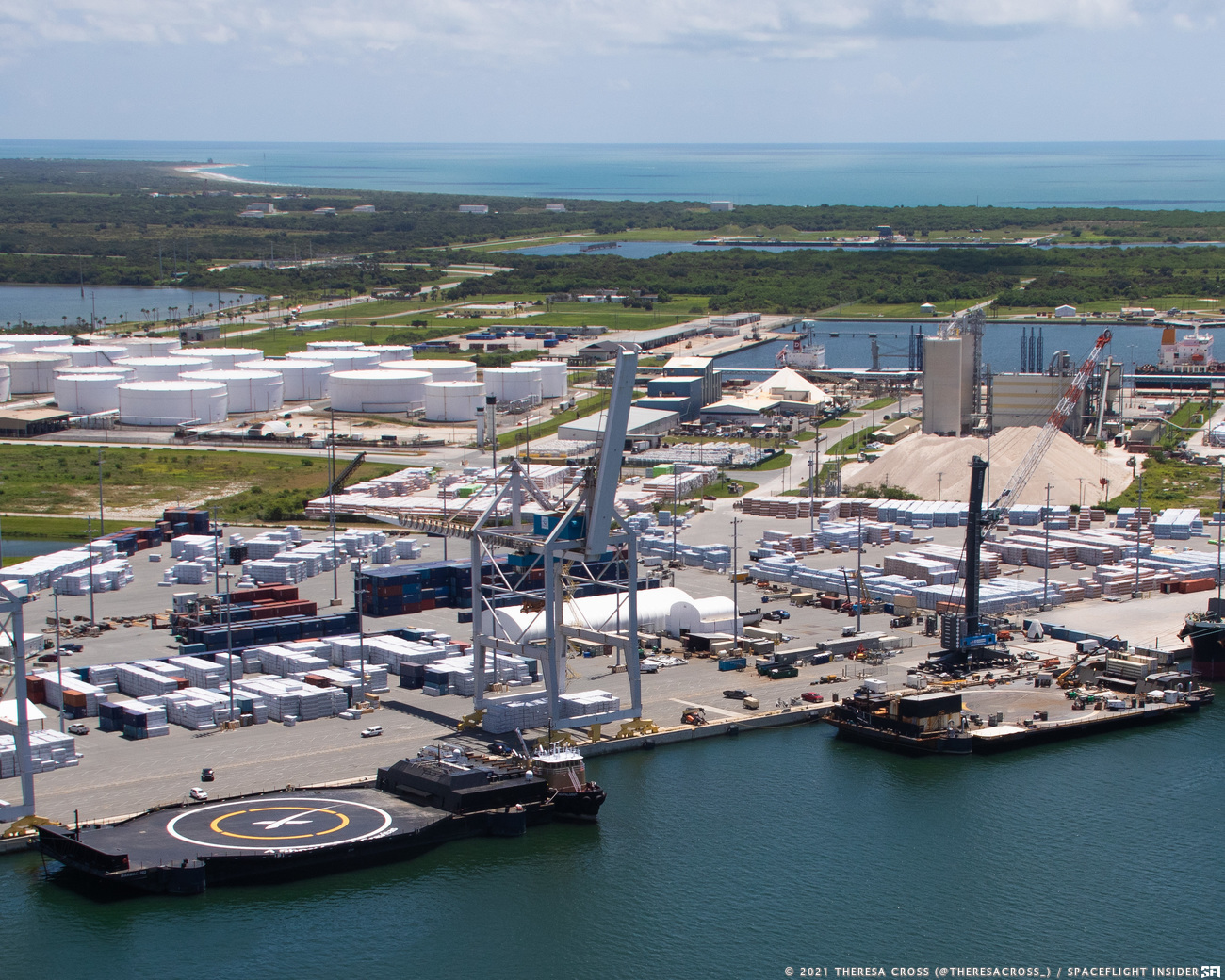 “A Shortfall of Gravitas” berthed just to the left of “Just Read the Instructions” at a wharf at Port Canaveral. Credit: Thresa Cross / Spaceflight Insider