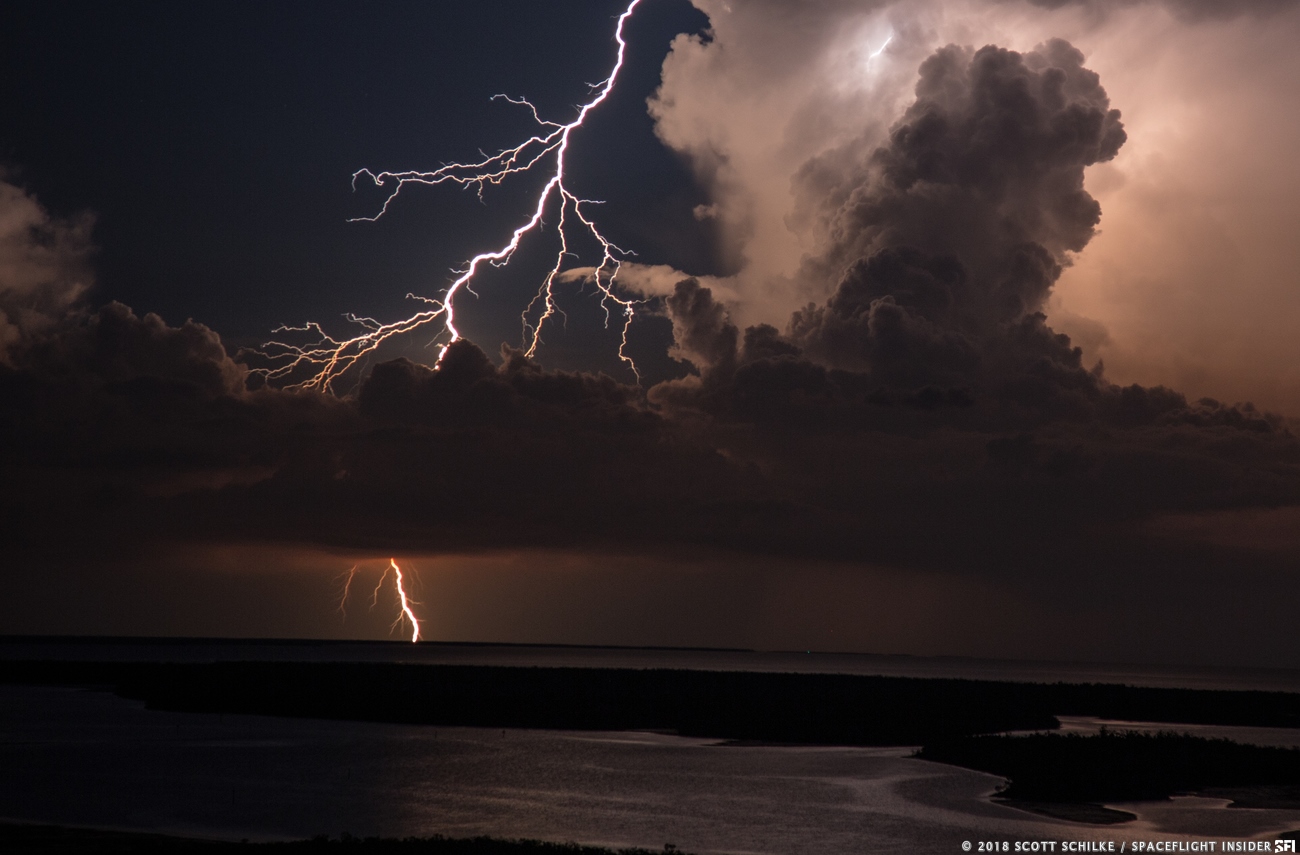 KENNEDY SPACE CENTER, Fla. — The second launch of a Falcon Heavy rocket, which had been slated to lift off today, has been rescheduled. The cause of this readjustment to the mission’s time table is one all too familiar to launch service providers working on the Space Coast.

During Spring and Summer, Florida’s weather often becomes a regular pattern of thunderstorms. This appears to be the primary factor in the decision to move the opening of the launch window (which extends for an hour and 57 minutes) to Wednesday, April 10 at 6:35 p.m. EST (22:35 GMT).

SpaceX has provided regular updates on the mission’s status on Twitter. As of this posting, the company’s latest update notes that tomorrow’s weather forecast provides an 80 percent chance of favorable conditions for launch. This evening’s forecast stands at around 20 percent

The launch site for tomorrow’s flight is Kennedy Space Center’s Launch Complex 39A. The payload for the mission is the Arabsat-6A communications satellite which was built by Lockheed Martin off of the A2100 satellite bus.