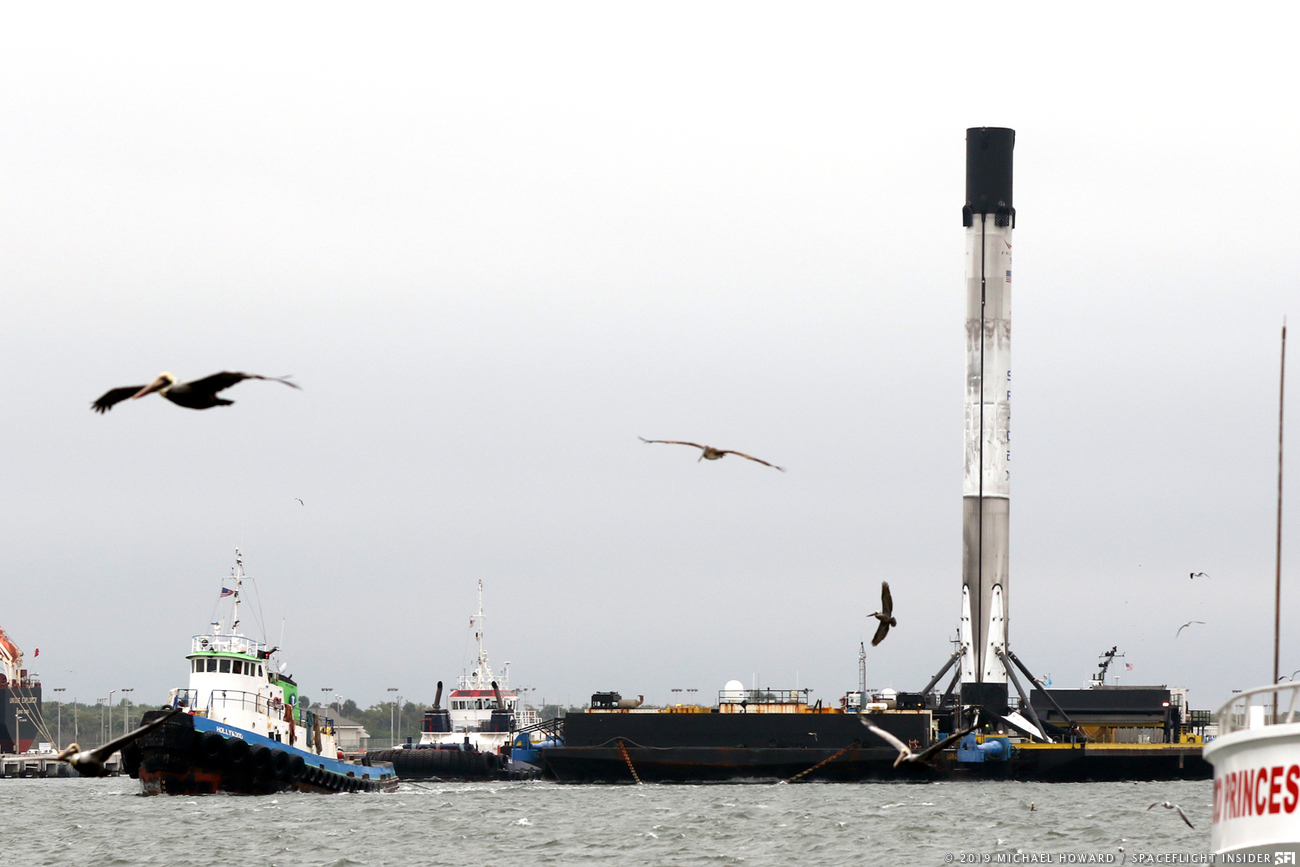 CAPE CANAVERAL, Fla. — The first stage of the Falcon 9 used for the historic Crew Dragon launch returned to port just three days after landing on a drone ship downrange in the Atlantic Ocean.

Crew Dragon Demo-1 launched at 2:49 a.m. EST (07:49 GMT) March 2, 2019. The first stage finished its job some 2.5 minutes after leaving Kennedy Space Center’s Launch Complex 39A and began maneuvering itself toward a landing some seven minutes later on the drone ship “Of Course I Still Love You” in the Atlantic Ocean several hundred miles away.

The touchdown of core B1051 marked the completion of that stage’s first flight. It was also the 35th time a first stage had been recovered. 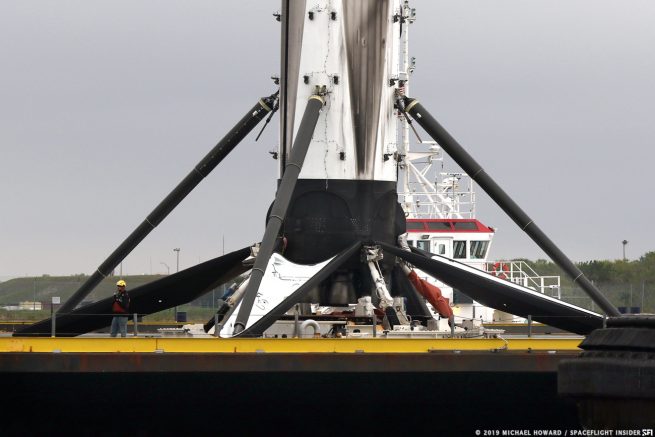 Moreover, its recovery came just eight days after that same drone ship recovered another booster, the now-thrice-flown core B1048. Core B1048 supported the PSN 6 mission on Feb. 22, 2019.

Core B1048 was returned to Port Canaveral and offloaded on Feb. 24. Just two days later, the drone ship departed for its location for its part in the recovery of core B1051. This was a record turnaround for the ship.

The drone ship arrived at Port Canaveral with B1051 just before 8 a.m. EST (13:00 GMT) March 5 under cloudy skies. Once at the wharf on the north side of the port, engineers and technicians will work to offload the booster and lower it to a horizontal position for inspections.

This booster’s next flight assignment is not known at this time.

Block 5 Falcon 9 first stages are designed to be able to fly as many as 10 times with little refurbishment and possibly more, according to SpaceX. 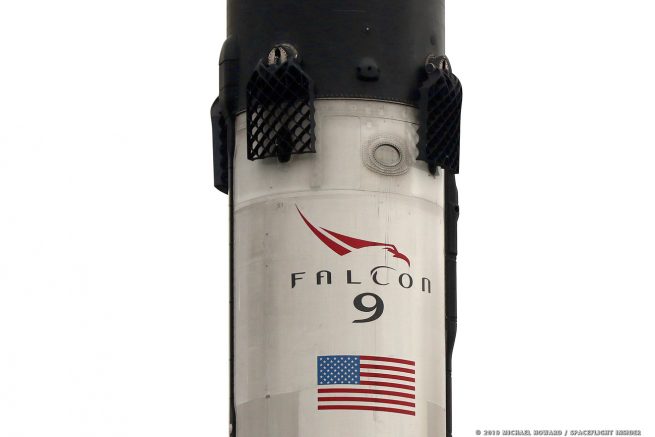 To date, two Block 5 first stages have flown three times. Core B1048 is slated for a forth and possibly final flight sometime between April and June 2019.

Slated for SpaceX’s Crew Dragon in-flight abort test, it will likely be B1048’s final flight. Interestingly, that test is also slated to use the same capsule currently attached to the ISS for the Demo-1 mission.

Crew Dragon Demo-1 is expected to splash down just off the coast of Florida on the morning of March 8 approximately 280 miles (450 kilometers) to the northeast of Cape Canaveral. Once retrieved by SpaceX recovery ships, it will also be returned to Port Canaveral before being prepared for the in-flight abort test.

Simply amazing. Congratulations to the entire team of professionals.