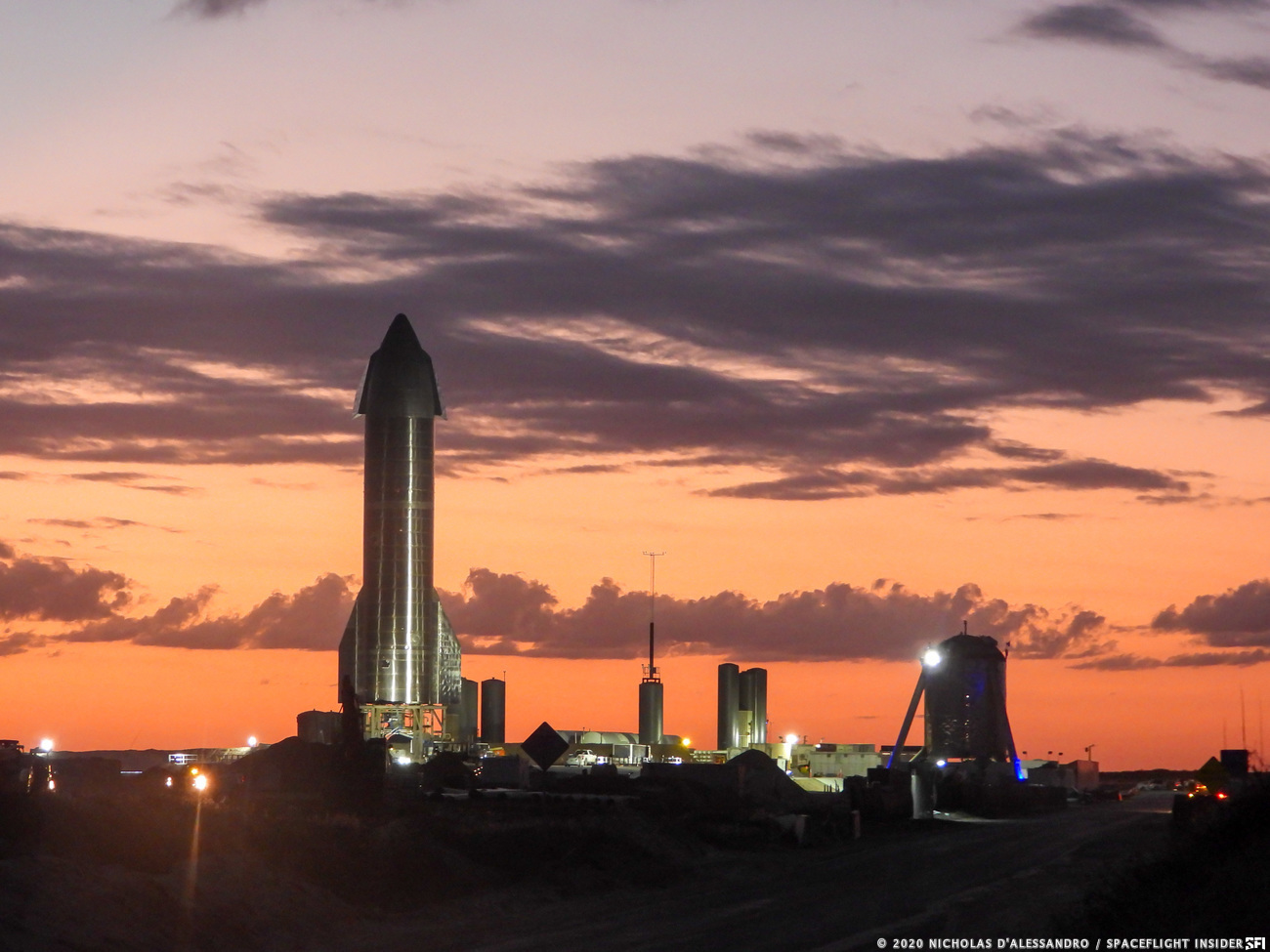 The most complex test yet for SpaceX’s Starship design, prototype SN8, is fast approaching, according to road closure notices from Cameron County, Texas. The test is expected to involve a flight of the rocket from SpaceX’s South Texas Launch Site to 15 kilometers (roughly 50,000 feet), an aerial flip maneuver to configure for landing and a thrust-vectored landing attempt. This will also be the first test to employ three Raptor engines, a nose cone on the rocket and large maneuvering control surfaces or “flaps.”

Further, a Temporary Flight Restriction notice has been issued by the Federal Aviation Administration, valid from Dec. 4 at 8 a.m. CST through to Dec. 6 at 5 p.m. CST, suggesting strongly as to when this week the test flight may happen.

The numerous backup dates have become a staple of Starship testing. Two officially scheduled static test fires of the prototype’s three Raptor engines for Dec. 1 and Dec. 2 have already been canceled as inferred by the cancellations of the associated road closures on those days.

However, the flight windows remain unchanged and appear to be proceeding without another static fire, following the near miss of the Nov. 13 static fire in which propellant tank pressure relief controls were lost due to damage from flying launch pad shrapnel.

Per SpaceX CEO Elon Musk on Twitter, SN8 was saved that day by a fail-safe burst disk mechanism, which relieved the building pressures in the tanks after all pneumatic valve control was lost from the shrapnel damage.

SpaceX’s South Texas Launch Site in Boca Chica is the location where the company’s Starship interplanetary rocket program designs are being built and tested — often torture tested to destruction. Starship is intended to carry payloads and, eventually, up to 100 people and is slated to pave the way for larger-scale transport to destinations in low Earth orbit, the Moon and ultimately Mars.

Space exploration should continue on; so that we can profit from new technologies, new jobs, and a re-newed economy. There is a need in the U.S. for a socially distanced economy with socially distanced workers combined with Zoom, etc., electronically connecting them, for safety and efficiencies sake, makes sense. Politicians should support U.S. SpaceX going ahead at a responsible pace and never forgetting space exploration should benefit our nation and the world and not hurt the universe. God Bless you all.