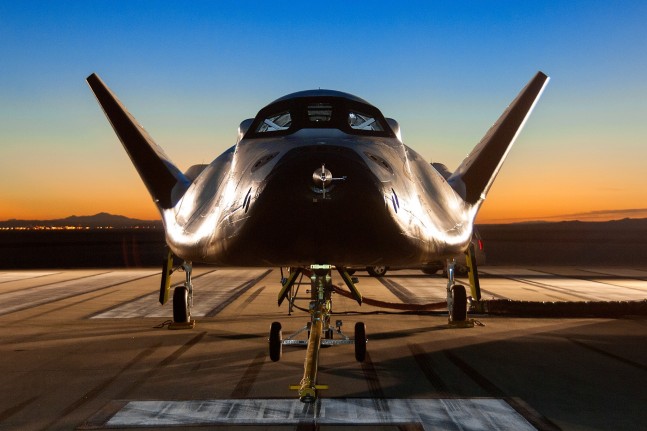 Although the versatile Dream Chaser spacecraft, developed by Sierra Nevada Corporation (SNC ) Space Systems, was rejected by NASA under the U.S. space agency’s Commercial Crew Program, the company is proceeding with the development of its ambitious mini shuttle by joining with Deutsches Zentrum für Luft- und Raumfahrt (DLR ), the German Aerospace Center.

The new cooperation is meant to build upon DLR’s 2013 agreement to fund research into potential European uses for the Dream Chaser. The Dream Chaser for European Utilization (DC4EU) studies applications for the spacecraft in ferrying both payload and astronauts to the International Space Station (ISS), as well as missions to higher orbits. In 2014, the European Space Agency (ESA) joined the DC4EU project, studying, among other things, whether a European version of the spacecraft can be launched by an Ariane rocket.

The new cooperation will further the development of Dream Chaser as a versatile spacecraft, utilizing new and advanced technologies that will fly to various destinations in Low Earth Orbit (LEO) on a variety of missions for numerous customers. “We highly value our partnership with the German Aerospace Center,” Sirangelo said. “This relationship is a great example of the best-in-industry and government agency partnerships, both domestic and international, that we have sought. Our Dream Team will continue the advancement of the Dream Chaser, which is a true global program. We look forward to the next phase of our cooperation with DLR as we enter this new agreement.”

Wörner said, “We are pleased to continue to work together with SNC as part of their Dream Chaser team. We recognize the significant value of the Dream Chaser, especially for LEO, and we look forward to working together for new applications. The versatility of the Dream Chaser—crewed or uncrewed—allows for multiple applications such as transportation of cargo and humans as well as direct use for activities such as removing space debris.”

The Dream Chaser is a reusable lifting body that can carry a crew of seven, plus payload, to and from the ISS. The design was derived from NASA’s HL-20, a lifting body studied by Langley Research Center from 1989 to 1991, though no flight hardware for it was built. Orbital Sciences’ Prometheus spacecraft is also derived from the HL-20.

The main engines are hybrid engines that use hydroxyl-terminated polybutadiene (HTPB) and nitrous oxide, both of which are safer and easier to store than conventional rocket fuel. The hybrid fuel system is throttleable and allows the engines to be started and stopped repeatedly. SNC estimates that after landing, it will take 45-60 days for Dream Chaser to be ready for its next flight.

The Dream Chaser Engineering Test Article (ETA)’s first free flight was on Oct. 26, 2013, during which the spacecraft was dropped from an Erickson Skycrane helicopter. The left main landing gear failed to deploy, resulting in a crash landing, but the craft remained upright and all its onboard systems were intact. The cooperation between SNC and DLR will expand Dream Chaser’s versatility for many different types of missions. Photo Credit: Sierra Nevada

The company plans to begin piloted atmospheric test flights in 2015. The first uncrewed orbital flight is scheduled for 1 November 2016. It will be launched by a United Launch Alliance (ULA) Atlas 5 rocket.

“We expect to have a fleet of these vehicles, much like the shuttle with different purposes,” Sirangelo said in a news conference on Jan. 23, 2014. “Some will be all crew, some will be crew and cargo. Some will be cargo, some will be servicing, and we also think that at some point there will be independent science ability with the vehicle. It’s a multi-use vehicle, we like to think of it as our ‘space SUV’ and we’re very proud of it.”

DLR is the national aeronautics and space research center of the Federal Republic of Germany. In addition to research and development of aeronautics and space systems, energy, transport, and security, DLR is also responsible for the planning and development of the German space program. It has offices in Brussels, Belgium; Tokyo, Japan; and Washington, D.C.

It’s sad that NASA has such a closed mind about this vehicle.

Really happy for Siera Nevada. I’m so glad to see this craft will become a reality. It represents an alternative vehicle technology that can continue to be advanced.