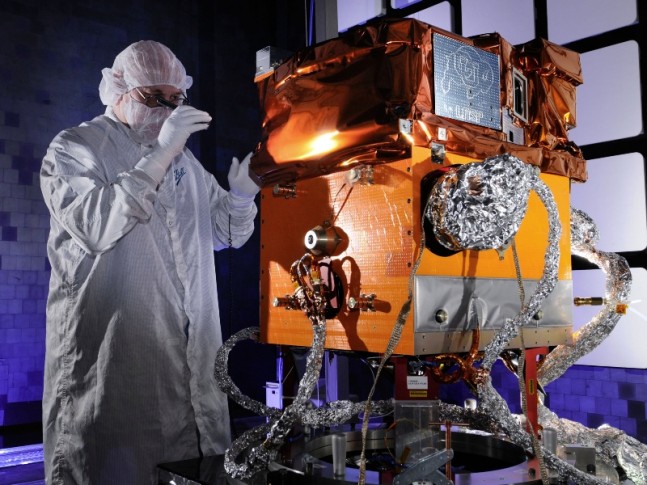 Sierra Nevada Corporation (SNC) has been selected to develop and build a satellite which will carry four scientific payloads to low-Earth-orbit, allowing the Department of Defense (DoD ) to better understand the space environment and support national security space systems developed in the future.

The DOD’s Space Test Program (STP) will partner with SNC to develop and launch the STPSat-5 satellite. Managed out of the U.S. Air Force’s Space and Missile Systems Center the program has been in operation since 1965.  The STP conducts missions and experiments to advance DOD’s space technology and decrease risks associated with these types of missions. It has conducted more than 150 space missions during its existence.

In order to accomplish this particular mission, STP will deliver the four payloads to SNC’s Space Systems manufacturing facility in Louisville, Colo. where they will be integrated with the spacecraft and readied for launch in late 2016. The payloads will then study the space environment providing information which will be used to advance future national security missions.

The announcement of this award comes after the successful July launch of six advanced tracking asset satellites which are part of the ORBCOMM Generation 2 (OG2) constellation.  The six satellites, for which SNC was the prime contractor, have already completed initial on-orbit testing since their launch. An additional 11 OG2 spacecraft are currently in their final testing stages prior to launch and will provide a substantial increase to the abilities of the OG2 constellation once they arrive.

“SNC is privileged to be part of the STP team that plays such a pivotal role in advancing our understanding of critical space environment and technology issues,” said SNC’s Vice President of Business Development for Space Systems John Roth. “The Space Test Program has a rich history of providing support to continue our Nation’s leadership in delivering enhanced space capability to protect our military men and women, which is in perfect alignment with our goals at Sierra Nevada Corporation.”