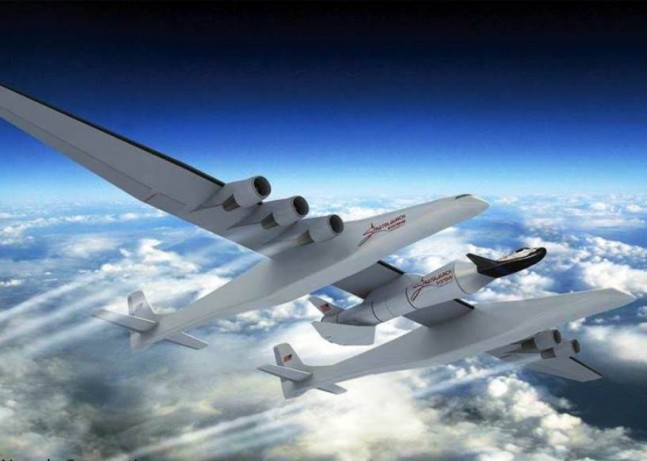 SNC and Stratolaunch are discussing a potential partnership where they will use the Stratolaunch launch platform to launch a 75 percent version of SNC’s Dream Chaser spacecraft into low Earth orbit (LEO).  The Dream Chaser is a reusable, lifting-body spacecraft that can either support a crew of three astronauts or fly autonomously. Dream Chaser is capable of taking off from anywhere in the world and landing anywhere with a runway that can handle a 747 or A320 aircraft.

Paul G. Allen, co-founder of Microsoft, is known in the space industry as the financial backer of Scaled Composite’s SpaceShipOne design. One of his current projects is Stratolaunch, an aircraft that services as a launch platform for Thunderbolt, a three-stage rocket, to send people or cargo into both suborbital and orbital spaceflight.

Vulcan Inc. oversees Paul Allen’s financial interests. Chuck Beames, along with SNC’s Mark Sirangleo, briefed the IAC2014 crowd. Beames currently serves as president of Vulcan Aerospace, a division of Vulcan, and also serves as the Executive Director of Stratolaunch. He joined Vulcan earlier in 2014 as serving as principal director, space and intelligence, to the Under Secretary of Defense for Acquisition, Technology and Logistics and overseeing the acquisition restructuring of the Global Positioning System (GPS). Beames described Stratolaunch as a plane with a 385-foot wingspan that can launch up to 13,500 lbs into LEO. Stratolaunch is expected to have its first flight in 2016 with a demonstration space launch in 2018.

There are four primary elements to the air-launch system: a launch aircraft, a multi-stage booster, a mating and integration system, and an orbital payload. Initially, efforts were to be focused on unmanned payloads. Human flights will be considered as operability, reliability, and safety are demonstrated.

According to the Stratolaunch overview, “The carrier aircraft, built by Scaled Composites, weighs more than 1.3 million pounds and has a wingspan of over 380 feet- the same length as a football field. Using six 747 engines, the carrier aircraft will be the largest aircraft ever contstructed. The air-launch system requires a take off and landing runway that is approximately 12,500 feet long. The carrier aircraft can fly over 1,000 nautical miles to reach an optimal launch point.”

“Combining a scaled version of SNC’s Dream Chaser with the Stratolauch air launch system could provide a highly responsive capability with the potential to reach a variety of LEO destinations and return astronauts or payloads to a U.S. runway within 24 hours,” said Beame in a press release.

“This relationship would expand our portfolio to include the highly flexible Stratolaunch system for launching reusable crewed or unscrewed spacecraft, or for rapid satellite constellation deployment,” said Mark Sirangelo, corporate vice president of SNC’s Space Systems. The one contestant that was not selected, Sierra Nevada Corporation’s Dream Chaser, was a favorite among many space enthusiasts. Image Credit: SNC

The Dream Chaser-Stratolaunch human spaceflight system supports a multitude of un-crewed missions, including science missions, transportation of light cargo or suborbital point-to-point transportation. The Stratolaunch system is considerably unique in that it is designed to allow maximum operational flexibility and payload delivery from a variety of operational sites, while minimizing mission constraints such as range availability and weather.

The scaled crewed spacecraft design was based on SNC’s full-scale Dream Chaser, which has undergone development and flight tests as part of NASA’s Commercial Crew Program for the last four years.