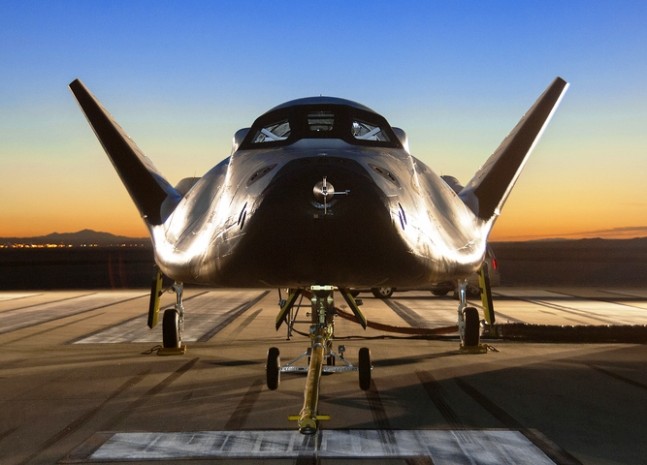 NASA has decided to amend the Space Act Agreement (SAA) that it has with Colorado-based Sierra Nevada Corporation under the space agency’s Commercial Crew integrated Capability (CCiCap ) agreement. This amendment will, in essence, add a milestone under the contract that saw SNC receive an estimated $213 million on Aug. 5, 2012.

This will mean that SNC now has the period of performance extended through March of next year for what is Milestone 41. This unfunded (no monies will be provided to SNC) agreement requires that the company conduct Design Analysis Cycle-6 Closeout Review. SNC will then carry out the Preliminary Design Review (PDR) which should lead to the Critical Design Review (CDR) level.

“We are eager to continue our work with NASA on development of the Dream Chaser Space System and appreciate NASA’s continued support of our program,” said Mark N. Sirangelo, corporate vice president, SNC’s Space Systems. “Agreeing to extend the SAA is recognition by NASA of the unique value of the Dream Chaser lifting-body vehicle. As the only runway-landing, piloted space vehicle in development, Dream Chaser provides the opportunity to preserve the U.S. legacy of 30 years of space shuttle and lifting-body experience. The continued agreement and addition of the Closeout Review milestone ensures the entire Dream Chaser Space System continues its path forward to CDR maturation.”

While these reviews will help to confirm the viability of the Dream Chaser, NASA has already decided that the spacecraft will not proceed under the Commercial Crew transportation Capability. In September of 2014, NASA selected Boeing’s CST-100 and Space Exploration Technologies’ Dragon spacecraft.

Like these other two spacecraft, Dream Chaser was planned to send crews to the International Space Station. Unlike the other two vehicles, Dream Chaser is unique in that it is not a capsule-based design. It is a space plane, which can land like an aircraft on a runway. Dream Chaser has been under development as part of NASA’s Commercial Crew Program since 2010. Although NASA has passed on the design, other space agencies, most notably the European Space Agency and the Japan Aerospace Exploration Agency have expressed interest in the design.

Hopefully NASA will choose SNC over Orbital ATK on the next round of Commercial Cargo.