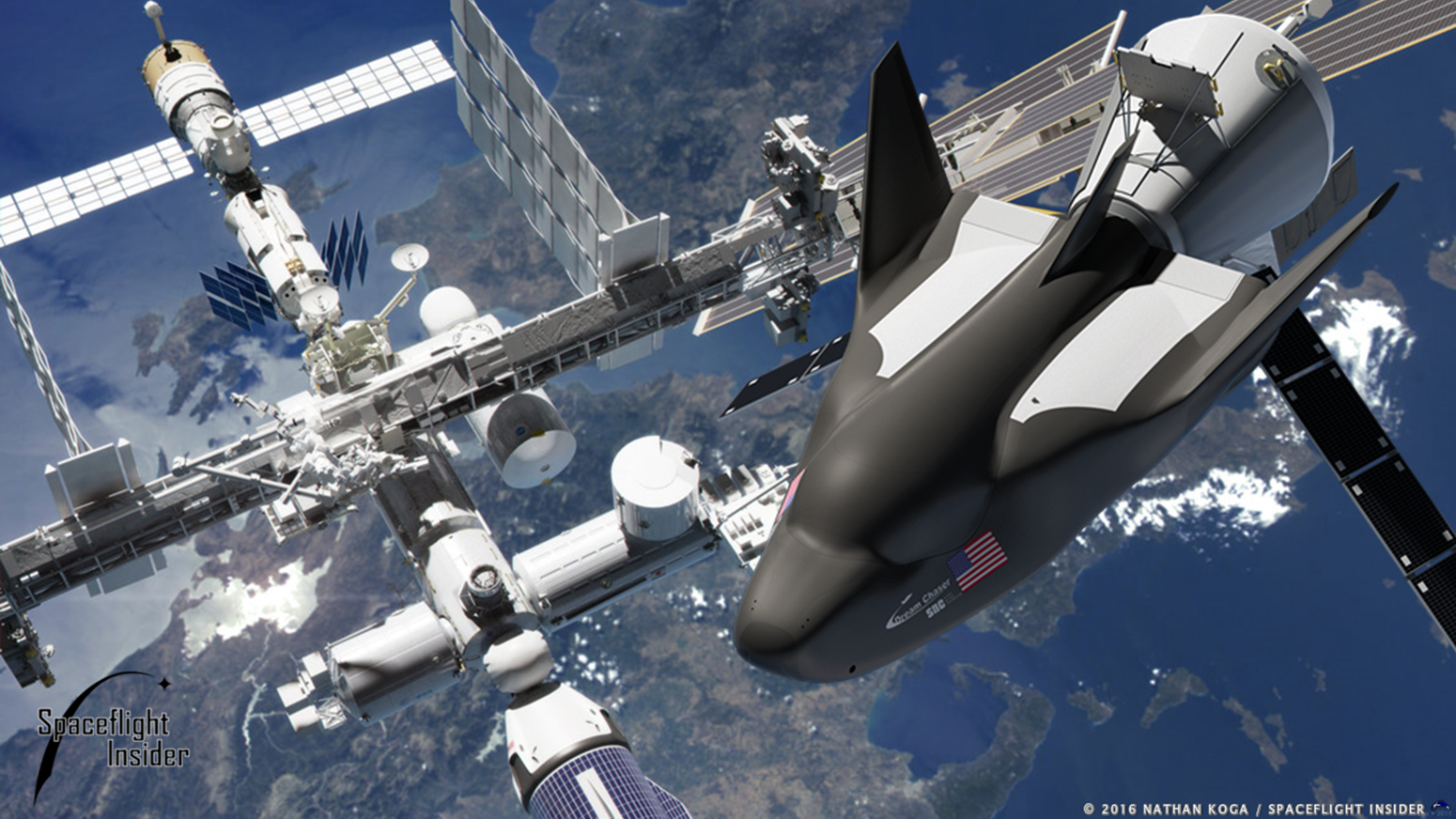 According to the Nevada-based company, Dream Chaser, which has been in development in one form or another for more than a decade, passed NASA’s Integrated Review Milestone 5 (IR5), which is essentially a status check on the performance of a number of ground and flight operations in advance of the spacecraft’s first resupply mission under the Commercial Resupply Services 2 (CRS-2) contract.

“This milestone is a great accomplishment for the team focused on operations development and demonstration,” John Curry, CRS-2 program director within SNC’s Space Systems business area, said in a March 21, 2019, company news release. “It shows we can operate the Dream Chaser from the ground, including getting critical science in and out of the vehicle.”

Dream Chaser is a space plane based, in part, of the design of NASA’s HL-20 lifting body concept that was studied as a crew transport vehicle to Space Station Freedom, a 1980s space station design that evolved into the International Space Station. It was to be about 30 feet (9 meters) long and sport stubby wings.

In Sierra Nevada Corporation’s version of the vehicle, it was initially envisioned to carry up to seven people to the ISS when it was competing under the NASA’s commercial crew development programs. However in 2014, the design was ultimately not chosen primarily because of “lack of maturity,” according to Aviation Week at the time. The space agency instead selected SpaceX’s Crew Dragon and Boeing’s CST-100 spacecraft, which are expected to make their first crewed flights as early as the second half of 2019.

Sierra Nevada Corporation at the time was beginning drop tests of the spacecraft prototype. The first glide, which took place at Edwards Air Force Base in California, performed well, save for a stuck landing gear at the end of the flight, which caused the test article to flip over upon landing.

The company said the test was a success despite the landing gear issue, which not the design that would be used for the space-rated version as it was taken from a military jet.

Following the NASA non-selection, the company continued development, looking for supporters and organizations that might use the crewed version, including a European company and the United Nations.

However, it was the selection by NASA of a cargo variant of the design, called the Dream Chaser Cargo System, that ultimately breathed new life into the program in January 2016.

The cargo variant is essentially the lifting body spacecraft, with foldable wings to fit in a rocket with a 16.5-foot (5-meter) payload fairing, and a small disposable module at the back of the vehicle that could carry pressurized and unpressurized cargo.

Overall, the design is planned to deliver up to 12,100 pounds (5,500 kilograms) of pressurized and unpressurized cargo.

Critically, it could also return cargo to an airport runway. The cargo module would be disposed with any unneeded equipment before re-entry.

Ultimately, it is hoped each space plane could be used 15 or more times, with a future crewed variant to fly at least 25 times.

For IR5, the company said NASA’s review included the development of the spacecraft’s flight computers and software, its mission simulator and mission control center, and demonstrations using high-fidelity mockups of the vehicle and unpressurized cargo module.

The review took place at Sierra Nevada Corporation’s Louisville, Colorado-facility and at NASA’s Kennedy Space Center. Data was also used from the 2017 free-flight test, also at Edwards Air Force Base. The landing gear worked as designed for that landing.

“Our Dream Chaser team continues to successfully execute milestones as we move closer to getting this spacecraft into space,” Fatih Ozmen, SNC’s owner and CEO, said in a March 21, 2019 company statement. “The orbital spacecraft is being built and this milestone demonstrates the vehicle keeps passing key reviews and is making great strides.”

According to Sierra Nevada Corporation, Dream Chaser is expected to make its first test flight in spring 2021 and conduct at least six orbital flights to and from the International Space Station to deliver and return supplies and experiments.

Under the CRS-2 contract, SpaceX’s Dragon capsule, Northrop Grumman’s Cygnus spacecraft and Dream Chaser are expected to fly a minimum of six launches each with a maximum potential value overall being $14 billion.

The first CRS-2 flights by Northrop Grumman and SpaceX are expected in 2019 and 2020 respectively. The contract is expected to run through at least 2024.

Crazy the way things turn out. You have a proper spaceplane capable of gentle, controlled landings on a nice dry runway. Then you have two glorified shipping containers one of which gets dunked in the ocean and the other crashes on an airbag at some random location in the desert which you are really hoping does not contain any sharp rocks. Obviously the people travel in the shipping containers while the cargo gets to ride first class in the nice safe spaceplane!