Vostochny report part 2: Into the darkness 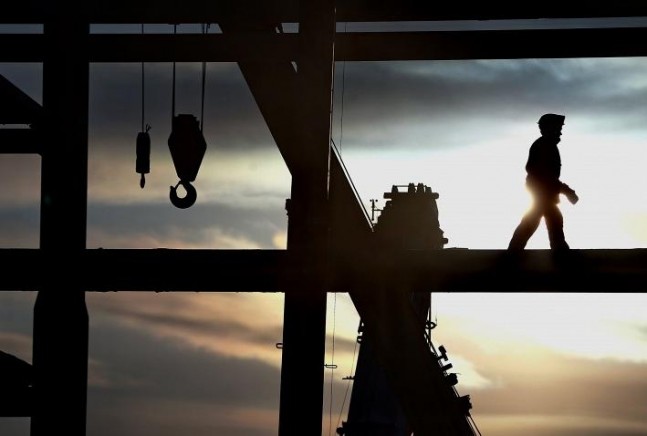 Pay the debts or go into the darkness, that is what the operators of the Vostochny Cosmodrone were told recently, relating to energy bills – and crippling debt. Cutting the power supplies is a serious setback for the project, and it could even be recognized as an act of sabotage when an investment of national importance is in progress, one that is currently months behind schedule.

“The company’s debt for consumed electricity is 21.6 million rubles [$360,000]. Because of this, the Far Eastern energy company intends to limit the supply of the resource,” says the press release of the Amur Energosbyt Energy Company. The energy supplier issued the warning for the Dalspetsstroy company, which is building the Vostochny Cosmodrome in the Far East Amur Region, Russia, in what appears to be one of numerous notices concerning the still growing debt.

When Russian Deputy Prime Minister Dmitry Rogozin visited Vostochny Comsodrome construction site on Mar. 16, 2015, he noticed that the project is at a crossroads, with critical deadlines fast approaching and construction efforts still lagging. The ongoing delays and corruption scandals threaten to open the facility by Nov. 30 and to allow the first launch in December. Now, also the threat of limited power supplies could be added to the long list of serious obstacles.

The local newspaper reports that at the end of March the debt could rise to 27.5 million rubles ($464,000). The power supplies will be cut off within the framework of existing legislation if the energy company doesn’t receive its money. But the Deputy Chief of Dalspetsstroy, Yuri Lukichev, assures that the debts for electricity will be paid until Mar. 25.

“In response to the articles about the possible limitation of power supplies at the Vostochny Cosmodrome construction site, I’d like to announce that we’ve sent letters of guarantee to prevent this situation, and the debt will be paid until Mar. 25,” he said.

Amur Energosbyt explains that the steps to limit the energy supplies are necessary. “To ensure smooth and reliable power supply, we have the right to avoid unnecessary growth of debt,” said Valeria Kobzareva, the Deputy Director of the company.

Besides the reported energy shutdown threat, the corruption is a recurring problem at the construction site. Dmitry Savin, the head of Dalspetsstroy, was fired on Friday Mar. 20, over corruption scandals and missed deadlines. The firing is the second scalping of a spaceport construction boss in less than a year, when in October 2014, former Dalspetsstroy chief Yury Khrizman was arrested in a 1.8 billion rubles ($30 million) embezzlement probe conducted by Russia’s Investigative Committee and Federal Security Service. Rogozin, who wields total control over the spaceport’s management and finances, declared last week that he “will not allow sabotage” and will “rip the head off” of anyone caught stealing federal funding or otherwise impeding construction efforts. But amid the dark clouds gathering above Vostochny, the spaceport may finally walk out of the darkness.

Alexander Mordovets, the deputy director of Spetsstroy (Dalspetsstroy’s parent company), revealed that most important facility at Vostochny is about 80 percent ready.

“By now, the construction readiness of the most important facility of Russia’s new space center – the launching pad – is about 80 percent,” he said, adding that work is underway to make hydro and thermo isolation of vent ducts and to mount water supplies, sewage and water reuse systems.

The primary attention is paid to works in premises meant for technical equipment. “More than 70 percent of such premises have already been commissioned,” Mordovets said.

The launch pads themselves are particularly specialized pieces of infrastructure. Pads must be constructed specifically for certain rocket types — in the case of Vostochny, one for Soyuz rockets and another for the new Angara family of rockets. The cosmodrome’s remote location also poses a challenge.

“It’s far away from industrial assets [such as the rocket factories in Moscow and Samara], and connected to them only through the Trans-Siberian Railroad,” said Russian space industry analyst Pavel Luzin.

The spaceport will also receive additional manpower. To fasten the construction works, Spetstroy plans to employ some 1,400 people more. Currently, there are about 10,000 people employed at the construction site. Once completed, Vostochny is expected to reduce Russia’s dependency on the Baikonur cosmodrome in Kazakhstan, which is on lease from the Kazakh government until 2050.