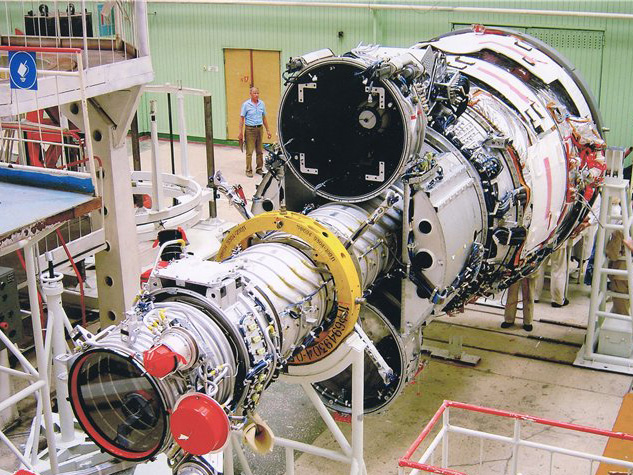 Russian Aerospace Defence Forces plan to launch the newest Persona electro-optical reconnaissance satellite, also known as Kvarts (Quartz), on a Soyuz-2.1b carrier rocket, on June 23, from site 43/4 at the Plesetsk Cosmodrome in northern Russia. The rocket will fly in the Soyuz 2-1b configuration with a modernized digital flight control system and upgraded third stage engine. The launch of Persona-3 was initially scheduled for April 30, but it was postponed due to the investigation into the April 28 Progress cargo craft launch anomaly.

Persona-3, built by Progress State Research and Production Space Centre (TsSKB-Progress ), is derived from the Resurs DK commercial Earth observation satellite. The Persona-3 satellite will carry a laser data-transmission system, BA MLSPI, which enables it to send information to the ground via a special relay satellite located in a geostationary orbit. Persona 3 will be launched atop a Russian Soyuz 2.1b booster. Photo Credit: Roscosmos

Persona features an optical system called 17V321 which was provided by the Russian LOMO company and the Vavilov State Optical Institute. It was developed from the system used on the Araks-N (Arkon) satellite.

The imaging payload was based on one originally designed for the Sapfir-V high orbit imaging satellite project, which featured a 5 foot (1.5 m) primary mirror with a focal length of 66 feet (20 meters).

After Sapfir-V was cancelled, components for three payloads were transferred to the Persona satellite.

The previous Soviet/Russian reconnaissance satellite program, Yantar, relied on the return of capsules containing the exposed film with images taken by the satellite. This program began in 1974 with its most recent mission taking place from May through September of 2012.

Persona uses a Yantar-derived bus, one that is designed to fit onto the Soyuz-2 launch vehicle. The spacecraft is poised to be launched into a high-inclination orbit extending from pole to pole and w

Images provided by Persona-3 will be used by the Reconnaissance Directorate of the Chief of Staff of the Russian Armed Forces.

According to the original plan, the first Persona satellite was to have been launched in 2004; however, by 2002, technical problems pushed the inaugural flight to 2006. As the project struggled with delays and cost overruns, two other leading spacecraft developers – NPO Lavochkin and RKK Energia – proposed to launch a third Araks satellite as a stop-gap measure, as well as follow-on designs based on their own hardware.

Nevertheless, the Russian government chose to stick with the original plan.

At the beginning of 2006, the launch of Persona was officially set for 2007, but all involved with the program knew that the project could be pushed as far back as 2009 – or even 2010.

The first Persona satellite, identified as Kosmos 2441 (Russian military’s nomenclature for satellites), was launched into a Sun-synchronous orbit on July 26, 2008, atop a Soyuz-2.1b rocket from the Plesetsk Cosmodrome. However, it failed to return useful imagery due to an electrical malfunction. It is hard to say exactly when the satellite failure occurred – the spacecraft has not been performing any orbit-correction maneuvers since mid-September 2008. Russia will use the Soyuz booster, a version of which is also used to send cosmonauts and astronauts to orbit, to send the Persona spacecraft aloft. Photo Credit: Bill Ingalls / NASA

In April 2009, radar tracking showed signs that Persona-1 had climbed slightly from its slowly decaying orbit and then quickly losing around a half of this altitude gain.

Industry sources said that the failure of one critical avionics part had led to the crippling of the satellite. This component reportedly used imported low-cost electronics, which were not designed to withstand space radiation.

Using spare parts from the first satellite and implementing a number of improvements, TsSKB Progress, the main contractor for the Persona satellites, began work on the second Persona spacecraft. However, without full-scale government funding, the work faced inevitable delays.

In April 2011, an industry publication indicated that six gyroscopic orientation systems, known as SGK, had been “cannibalized” from the second Persona satellite in order to complete the assembly of the non-classified Resurs-P satellite. Persona-2 (Kosmos 2486) was launched on June 7, 2013.

The satellite, which was planned to operate for five to seven years, also failed after a short time in orbit, necessitating bringing back the older film-return Kobalt-M satellites into service to bridge the gap.

Reportedly about half of the memory capacity of the onboard computer has failed. In 2014, the satellite was reactivated and new software was uploaded to provide a workaround to the crippled memory. Persona-2 came back to life just in time for the escalating conflict between Russia and Ukraine, which led to the Malaysian Airlines’ Flight MH17 tragedy on July 17, 2014. The Russian Ministry of Defence released a series of satellite images to support the Russian version of events, blaming Ukraine for the tragedy.

The Russian officials presented these photos as a proof that Ukraine might have been in control of the missile battery responsible for the MH17 disaster.

The planned June 23 flight will be the 4th launch from the Plesetsk Cosmodrome this year. All three previous launches have been successful. After the third Persona mission, the second Persona satellite will be either replaced by a second generation Persona series or a newly-developed series of imaging satellites. Russia operates a network of about 60-70 military reconnaissance satellites, featuring updated imaging technology and an extended lifetime of up to seven years, according to open sources.

While I find the information about this satellite interesting, I feel that I am required to ask.
Did the Russian government emphatically state that the images relating to the Malaysian Airlines’ Flight MH17 came from Persona-2?