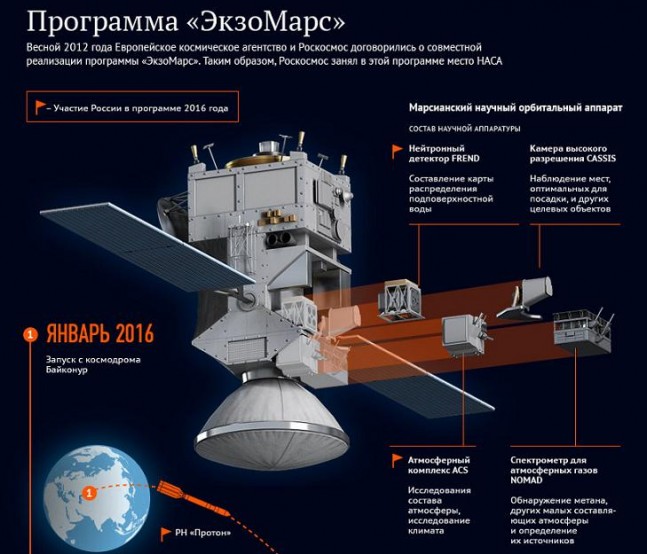 The Russian Federal Space Agency, Roscosmos, has stated its intent to search for extraterrestrial life despite losing 35 percent of its budget. According to a draft of the federal space program’s goals for 2016-2025 that was made public on Thursday, April 23, Russia plans to launch several spacecraft designed to find alien life. The project includes sending satellites and interplanetary missions to Mars and Earth’s moon. The announcements come at a time when Russia’s space efforts come into doubt as the nation faces an economic crisis.

Taking into account the state of the economy and the political situation, the reduction of the state program’s financing and the increased cost of works, the budgetary requirements for Russia’s Federal Space Program (FSP) through 2025 will be approximately 2 trillion rubles ($37 billion). The program is expected to be submitted to the government by June 10, 2015.

Roscosmos Science and Technology Committee held its regular session on April 14 to discuss the main items of the draft of Russia’s FSP and to approve the project.

“It should be noted that the volume of budget financing is extremely minimal to ensure the implementation of the plans related to the space activity of Russia,” said Yuri Koptev, the chairman of the committee. “To improve the effective use of budgetary funds in the creation of competitive products of the rocket and space technology, the Science and Technology Committee recommended that Roscosmos develop the advance project as the initial stage of the development work before signing the state contracts for new development works.” The Russian Angara A5 rocket could eventually replace the Russian workhorse, the Proton, due to a higher reliability and the use of more environmentally safe fuel. Photo Credit: Russian Ministry of Defense

Lost in the budget cuts will probably be the heaviest version of the Angara launch vehicle, long-term participation in the International Space Station (ISS), and Russian plans to orbit its own space station from 2023. However, Koptev said the preliminary project of Angara-A5V new heavy carrier rocket should be ready by the end of 2015. The rocket is designed for delivery of about 35 tons of payloads into orbit.

Roscosmos estimates the Angara modification project will cost 37 billion rubles ($698 million). The entire program of the rocket’s development, considering the construction of the required ground infrastructure, is estimated at 150 billion rubles ($2.8 billion).

Igor Komarov, Roscosmos’ General Director, said that the new space program would allow Russia to carry out a manned mission around the Moon in 2025 and a manned landing on the Earth’s natural satellite in 2029. He also noted that the program orders the expansion of Russia’s orbital grouping to 181 satellites. The scientific spacecraft will study dark matter, global climate change and heavenly bodies that could hit Earth. The first launch, the Lomonosov research satellite, is slated to take place this year.

Next year, Roscosmos will help launch the ExoMars mission, part of a collaborative project with the European Space Agency (ESA), to search for life on the red planet. An asteroid-chasing mission, most likely to Apophis, remained in a definition state, with the launch date around 2020. “The government will allocate more funds for the implementation of the new program; it will have more research projects,” said Denis Lyskov, state secretary and deputy director of Roscosmos, at a roundtable meeting dedicated to space research problems. “We are trying to include all scientific areas that are of interest for the Russian Academy of Sciences.”

Russia is building a new launch complex in the east of the country, the Vostochny Cosmodrome, with the intention of hosting operations that currently fly from Baikonur in Kazakhstan. However, plans to fly Angara from Vostochny later this year – with manned Soyuz flights expected from 2018 – look to be in doubt. Construction has been dogged by stoppages, with some workers reportedly on hunger strike, unpaid for months by a contractor.

Despite the financial difficulties, two new modules for the Russian segment of the ISS will be put in space.

“Protons will be employed to deliver the multi-functional module and other heavy modules. The Uzlovoy Module [Nodal Module] will be launched with a Soyuz-2 rocket,” said Vladimir Solntsev, the president of the space rocket corporation Energia.

He added that Russia is going to complement its segment of the station with three new modules: a multi-functional laboratory, a nodal module, and a research and power supply module.

“Under the plan the multi-functional laboratory must be in place in 2017. We are moving towards this goal and I hope that the task will be coped with on time,” Solntsev said.

The budget situation also forces Roscosmos to shut down works on developing a megawatt-class nuclear propulsion system for long-range manned spacecraft. The draft program no more envisages the works on development and ground tests of the key elements and technologies of the nuclear power propulsion systems of up to 500 kW for orbital transfer vehicle and interplanetary spacecraft. In 2012, a technical plan was fulfilled and in 2015 the power propulsion system was due to be created. By 2018, the module was expected to be ready for flight tests. Some 20 billion rubles ($392.3 million) were to be allocated for the project implementation, including 17 billion rubles in budget funds.

The Russian space program is a fraud. They never sent any cosmonaut beyond LEO. They never launched anything to the outer planets. They haven’t made any planetary mission in the last 30 years. They make good rocket engines and they know about humans in LEO. But that’s it, they don’t do anything else than that. And when drunk, they talk about going to the Moon! That won’t happen.

Russia attempted Mars missions in 1996 and 2011, though both failed.

The search for extraterrestrial intelligence has taken a dramatic turn with the discovery of a lost alien code in an accidental daylight photo of 10 UFOs. On 7/1/90 while hiking with 2 friends in the backwoods of San Diego I accidentally photographed 10 UFOs hovering over a distant hillside. An extreme enlarge of the objects reveal that one of the “Kecksberg” type acorn shaped craft had the same spike-like projection visible on numerous other UFO photos as well as countless ancient artifacts and the Nazca Lines in Peru. This historic event has won front page coverage in every newspaper in San Diego and an award winning CBS interview…”UNSETTLING” -Los Angeles Times…Google Mike Orrell or “Inaja UFO Photo