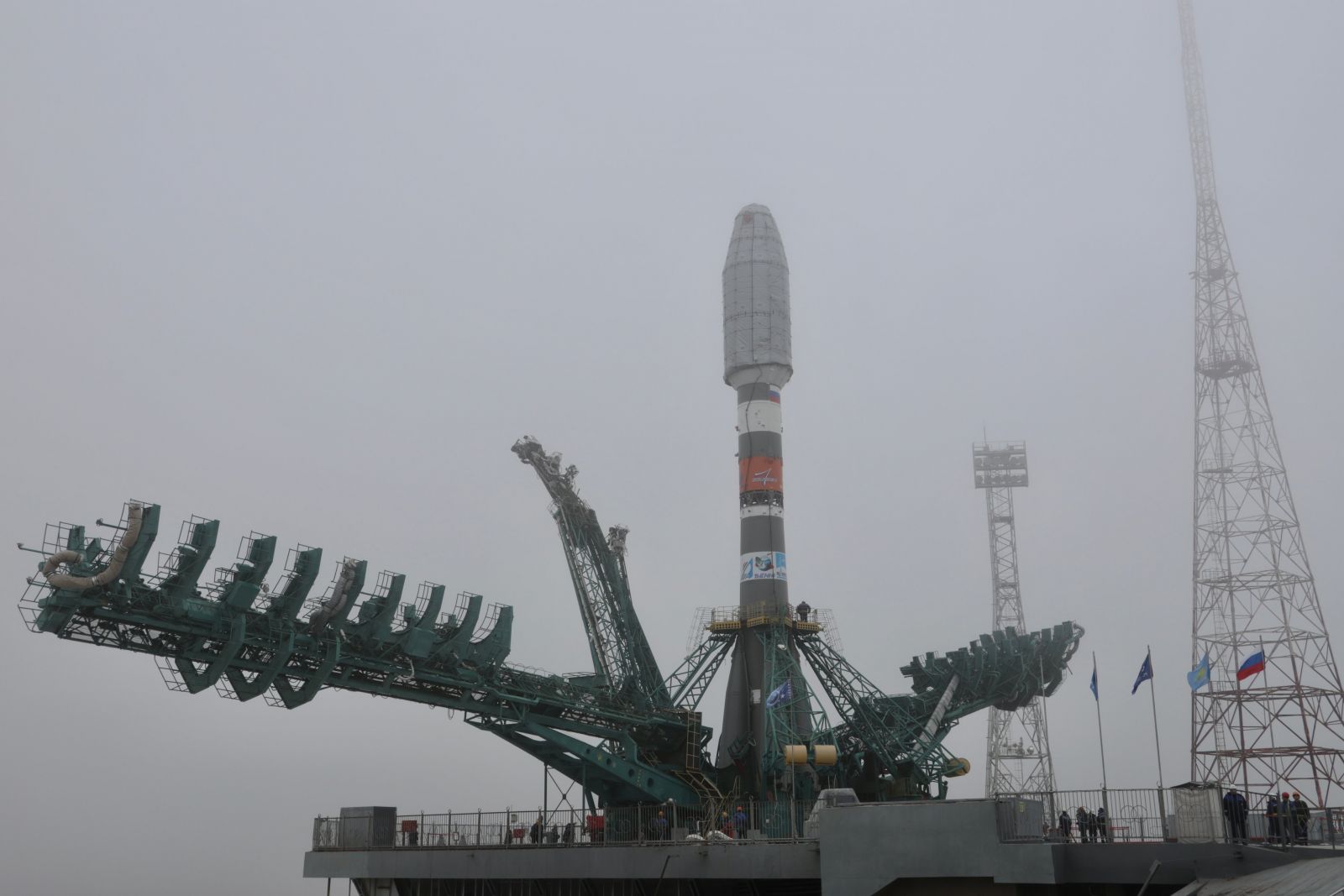 A Soyuz rockets with 36 OneWeb satellites encapsulated in its payload fairing sits on the pad in Baikonur Cosmodrome, Kazakhstan, as it awaits Roscosmos’ decision to launch the spacecraft for the UK-based company. Credit: Roscosmos

OneWeb has become the latest pawn of Roscosmos in the declining relations between Russia and the West after Russia’s invasion of Ukraine.

Since Russia began its unprovoked invasion into Ukraine last week, there have been thousands of casualties. The United States, Europe and much of the rest of the world has condemned this action and continue to increase sanctions on the Russian economy. At the same time, the Director General of the Russian State Space Corporation Roscosmos Dmitry Rogozin has continued his own war of words and actions.

Just days after pulling all Russian personnel out of the European spaceport in French Guiana, effectively canceling all Soyuz flights out of the South American launch site, Rogozin has made an ultimatum for the UK-based satellite broadband company OneWeb.

“Today we are making a request to our French colleagues from Arianespace and OneWeb with the requirement to provide us with comprehensive legally-binding guarantees within two days that OneWeb will not use them for military purposes, will not provide services to the relevant military departments,” Rogozin said on Russian state TV, according to TASS, a Russian state-owned news outlet.

Rogozin later said on Twitter that the UK government should sell its stake in OneWeb, which is also partially owned by an Indian multinational company.

Perhaps as a signal to how Rogozin believes OneWeb and the UK will respond, he has ordered personnel in Baikonur to place white decals over multiple flags on the Soyuz payload fairing encapsulating the satellites. Ironically, the decals were made by 3M, an American company.

“The launchers and Baikonur decided that without the flags of some countries, our rocket would look more beautiful,” Rogozin tweeted.

OneWeb is building a satellite internet constellation that is planned to initially consist of 648 satellites in low Earth orbit roughly 750 miles (1,200 kilometers) above the planet. To date, 428 satellites have been launched.

The satellites typically launch in batches of between 34 and 36 spacecraft, all on Soyuz rockets. To date, the satellites have launched from French Guiana in South America, Baikonur Cosmodrome in Kazakhstan and Vostochny Cosmodrome in Russia’s Far East.

The next flight is scheduled for March 5 at Baikonur Cosmodrome. However, the latest comments and demands by Rogozin puts that launch in question.

OneWeb and Roscosmos were planning six launches of satellites from Baikonur this year to complete the constellation. It’s unclear if or how the situation will be resolved.

There have been other effects to decades-long international space partnerships with Roscosmos in the last week.

On Monday, the European Space Agency said its partnership with the Russians space program on the ExoMars mission is in question. The robotic mission to Mars, which included a rover, was expected to launch in September 2022 atop a Proton rocket at Baikonur Cosmodrome.

ESA has said a launch this year is now “very unlikely.” If it doesn’t launch this year, the mission would have to wait until the next Earth-Mars transfer window in 2024.

It’s unclear how much the relationship between Roscosmos and other international space programs will erode. The largest space partnership, the International Space Station program, has (so far) not had any significant impact. 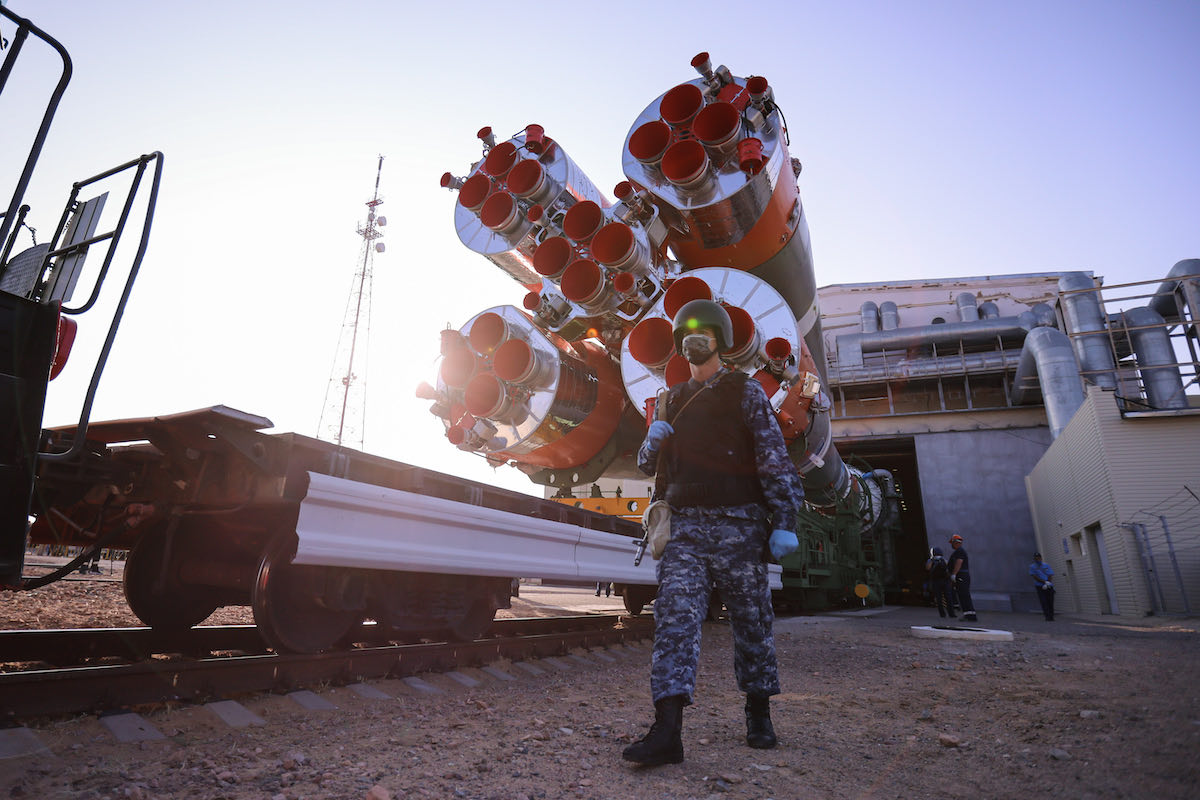 File photo of a Soyuz rocket rolling out of a hangar at Baikonur Cosmodrome with OneWeb satellites. Credit: Roscosmos