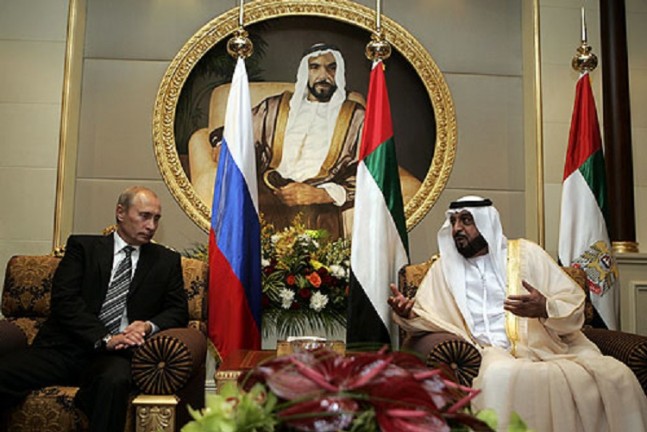 As NASA continues to build up the capacity of its commercial partners through programs such as the Commercial Crew Program (CCP), it is important to recall that such partners face steep international competition. For years, the Soviet and Russian launch industry has proven a potent competitor to American and European alternatives. As Russia becomes an integral partner of the United Arab Emirates’ nascent Space Agency, the aeronautic superpower is once again proving its durability in the market.

The United Arab Emirates (UAE) Space Agency was formally conceived in September of 2014. Two months earlier, Sheikh Khalifa bin Zayed Al Nahyan (president of the UAE and Emir of Abu Dhabi) announced his intention to create such an agency with the intention of sending a probe to Mars by 2021. The first meeting of the agency was chaired by UAE vice president and Emir of Dubai Sheikh Mohammed bin Rashid. The body will be headquartered in Abu Dhabi but will have a branch in Dubai. During the July announcement, Sheikh Khalifa expressed high hopes for his country: “We aim for the UAE to be among the top countries in aerospace by 2021. We have a great belief in the talents of our young people and the strongest determination, the greatest ambitions and a clear plan to reach our targets.”

As Russia faces continued isolation in the Western world over its actions in Ukraine, the country has searched for greater opportunities across Asia. The UAE’s bid to diversify away from a predominantly petrochemical and hydrocarbon economy presents one such opportunity. Already Russia plays a considerable role in delivering Emirati payloads to orbit. As an Emirati publication noted, Russia facilitated the launch of DubaiSat-2 in November 2013. DubaiSat is a collaboration between the Emirates Institute for Advanced Science and Technology (EIAST) and the Satrec Initiative of South Korea. The small satellite is part of an Earth imaging project undertaken by the two. A third launch for DubaiSat-3 is scheduled for 2017.

In an statement in Emirati press, Russian ambassador to the UAE Alexander Efimov expressed his optimism for even deeper relationships between the two countries with the official foundation of a national space agency. “The establishment of the UAE Space Agency and the announcement of some ambitious projects like the Mars probe in 2021 for sure will contribute to bringing the cooperation in this field to a new height,” he said. “The bilateral relations between Russia and the UAE are witnessing dynamic growth and steady trend for diversification.”

The ambassador even made explicit note of the tensions between Russia and the West, tensions that have reinvigorated American efforts to restore independent access to the International Space Station. “Even more, our bilateral cooperation is not affected by fluctuations of global environment. I would rather say that current political and economic turbulence on the world arena, desire of Western countries, as they call it, to ‘isolate Russia’, only creates new opportunities for our Emirati partners in the Russian market.”

With the growth of both new and established American aerospace firms—including United Launch Alliance, SpaceX, Orbital Sciences, Boeing, and Sierra Nevada Corporation—Russia is sure to face renewed competition in the launch market over the coming years. Nevertheless, the country’s enduring spacefaring capabilities, alongside a transition away from Soyuz to a new suite of Angara rockets, will no doubt ensure continued competition to service emerging space agencies around the world.

Given Russia’s dismal record at Mars, I’m not sure whether UAE really needs any help from them on that plan. Hopefully, Russia learns something from its involvement in Europe’s Mars missions. But still, if UAE really wants a successful Mars program, it would be best to look to partners with ESA or NASA. Nothing worse than doing something for the first time with a partner that’s never fully succeeded at the task.