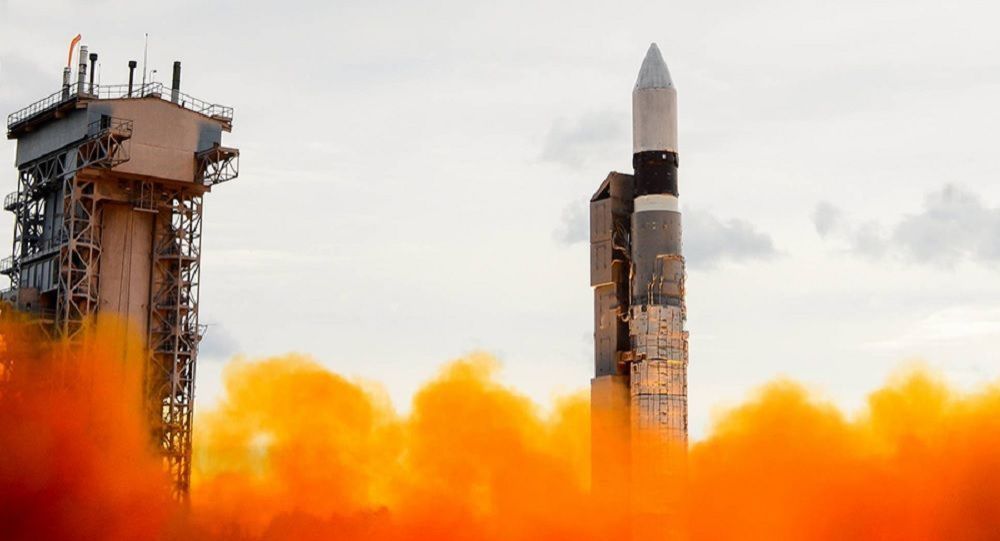 Stock photo of a Rockot booster lifting off from the Plesetsk Cosmodrome located in Russia. Photo Credit: Ministry of Defence of the Russian Federation

Russia launched its final mission on the nation’s 2019 manifest when it sent three communications satellites to orbit on Friday. The flight marked the close of a vehicle designed for violence.

A trio of GONETS spacecraft were ferried to a low-Earth orbit via the “Rockot” launch vehicle that had originally been developed as the UR-100N intercontinental ballistic missile. Comprised of three stages, with the upper stage being a “Briz-M” Rockot lifted off at 23:11 UTC from the Plesetsk Site 133/3 on December 27.

Fifteen GONETS satellites have been sent into low-Earth orbit prior to Friday’s launch. Things haven’t gone perfectly however. On Dec. 27, 2000 three of the spacecraft were lost when their Tsiklon-3 rocket failed (as posted on Astronautix). The Gonets constellation of satellites is managed by Gonets SatCom telecommunications.

Friday’s flight not only saw the launch of three comms satellites sent to orbit but also included the BLITS-M (Ball Lens In The Space) laser range-finding spacecraft as well.

Russia has used the highly-modified missile to carry out a total of 33 flights (including two failures and one partial failure) since 2000. Another payload had been scheduled to be sent on its way atop the launch vehicle but an anomaly ended the mission before it could begin. Its last flight was successful, lifting off with a “rumble” – which is what the rocket’s name “Рокот” means in Russian.