Russia gets its space legs back with flight of Soyuz-2.1a, crewed announcement 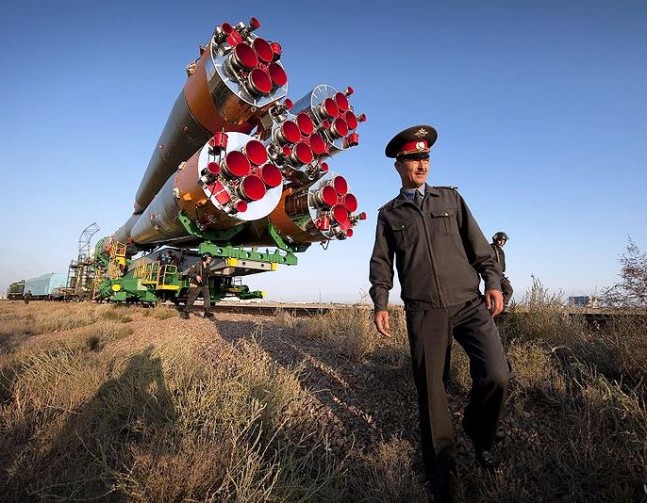 Russia is working to return to the business of spaceflight with the successful launch of the Kobalt-M military spacecraft. (Archive Photo) Photo Credit: Bill Ingalls / NASA

After a string of accidents, the Russian Federal Space Agency, more commonly known as Roscosmos, got back to the business of space flight this week by sending a Soyuz-2.1a launch vehicle aloft. The payload for this mission was the Kobalt-M satellite which was launched at 6:24 p.m. Moscow time (11:24 a.m. EST; 15:24 GMT). The military mission was the first flight of the rocket since the failed May 16 launch of a Russian Proton rocket with the MexSat-1 communications satellite.

Russian officials were apparently confident enough to speak on the matter prior to the launch. Sputnik News reported that Roscosmos head Igor Komarov had stated that the Soyuz-2.1a would send the military payload aloft on Friday, June 5. With this now complete, Roscosmos will now work to return other aspects under their purview back to normal.

The Russian Ministry of Defence has said that the launch of the Kobalt-M satellite was a complete success.

Meanwhile the Progress spacecraft appears to be poised to return to flight as early next month.

The Progress M-27M spacecraft that was launched atop a Soyuz-2.1a never reached its intended target of the International Space Station. The craft was unable to regain control, with video showing it spinning out of control. The cargo freighter burned up in the Earth’s atmosphere on May 8. Russian space officials appeared confident that they have found and corrected the problem, with TASS reporting that Komarov has confirmed not only when they plan to launch the next Progress spacecraft, but also the first crewed Soyuz flight since the April 28 Progress M-27M mission.

“As far as Progress is concerned, we have already said that the launch of a cargo vehicle is due early July,” Komarov told TASS. “And a manned launch from Baikonur will be planned at the end of July.”

Expedition 43 crew members Terry Virts, Anton Shkaplerov and Samantha Cristoforetti will return to Earth on June 11 at 9:43 a.m. EDT. After a period of about six and a half months on orbit, the trio, consisting of one American (Virts), one Russian (Shkaplerov) and one Italian (Cristoforetti) will undock the Soyuz TMA-15M spacecraft from the orbiting laboratory and re-enter the atmosphere for a planned Kazakhstan landing.

Komarov has stated that he wants to increase the speed of the transition from the Proton rocket to the Angara launch vehicle. Meanwhile, the head of Khrunichev, Andrey Kalinovsky, told TASS that the company plans to produce the Proton until 2025 (Khrunichev is the manufacturer of the Proton). The Russian Federal Space Agency has announced that members of the Expedition 43 crew could return to Earth as early as June 11 via the Soyuz TMA-15M spacecraft. (Archive Photo) Photo Credit: NASA

This article originally stated that it was two cosmonauts who would be returning to Earth. The article has since been corrected and we apologize for any inconvenience that this might have caused