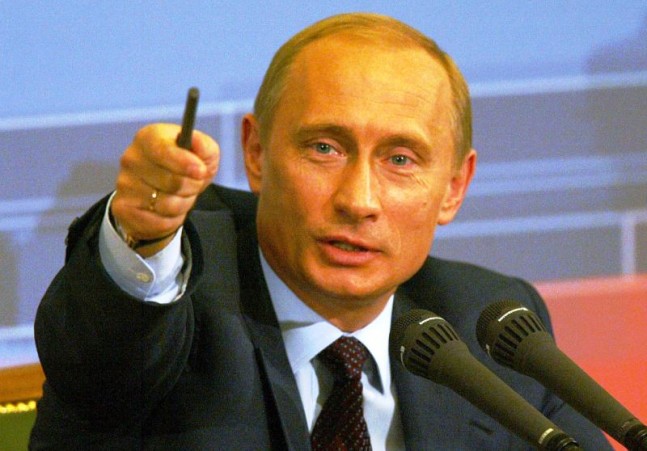 Fifty billion roubles ($1.5 billion) will be invested in the construction of the Vostochny space site in the Amur Region in 2015, Russian President Vladimir Putin told an on-site conference devoted to the space port’s development prospects. “We are investing huge funds into its construction.

Since 2011 more than 100 billion roubles has been spent for the purpose and another 50 billion roubles are to be disbursed next year,” he said. Putin also stressed that next year Vostochny should be ready to launch any unmanned spacecraft with the medium class rocket Soyuz-2 and to join manned space programs in 2018. He added that in the longer term the space spot’s capabilities would be built up for launching heavy and super-heavy rockets and for exploring the Moon, Mars and other celestial bodies.

Russian Deputy Prime Minister Dmitry Rogozin acknowledged that Russia’s space agency Roscosmos’ plans to begin the work on a super-heavy rocket were voiced at the presidential level for the first time. He said that on all previous occasions there were mostly informal conversations and discussions. “In principle, one can say today that Putin gave a go-ahead to the beginning of this work,” Rogozin said. A Soyuz rocket lifts off from the Baikonur Cosmodrone located in Kazakhstan. Photo Credit: Roscosmos

The construction of Vostochny is taking place in stages. The first stage — land surveying — was completed in 2010, while phase two — the construction of launch pads for the Soyuz-2 and Angara rockets — is nearing completion. The final construction stage, which focuses on launch facilities for a super-heavy booster rocket, is to take place between 2016 and 2018.

But Putin said the project is 30 to 55 days behind schedule, and warned that the cosmodrome must be ready to facilitate its first launches next year. Moreover, the 6,000-strong workforce needs to be doubled, he said.

“I would like to stress that at this point construction work at the launch pad and technical support facilities is lagging behind 30 to 55 days,” Putin said. He called for paying “due attention to that.”

Putin called for strict compliance with all deadlines and construction phases.

“It is essential to rule out any delays and disruptions in its financing. Also, financing must remain under strict control. There should be no groundless overspending,” he said.

To ensure that there are no additional delays, Putin on Tuesday gave Rogozin direct control over the construction project, taking over from Oleg Ostapenko, head of the Roscosmos.

Roscosmos chief said that the number of launch pads for the heavy space rocket Angara may be reduced from the original four to two and the funds saved in that way invested in creating a new super-heavy rocket.

He addressed this proposal to President Vladimir Putin while inspecting the Vostochny construction site. With the increasing tensions over Russia’s military actions in the Ukraine, Russian officials have stated that the country will leave the International Space Station program in 2020. Photo Credit: Roscosmos

Hopefully this will wake us up and energize the budget for SLS.

Agreed Tom, but with the newly reconvened Congress stuck up to it’s axles in partisan sand, unable to shift out of neutral, making great thundering noise with “the pedal-to-the-metal” but going nowhere, we’ll be lucky if they can pass a NASA Authorization Act before they adjourn again in December.