NASA begins distancing itself from Russia 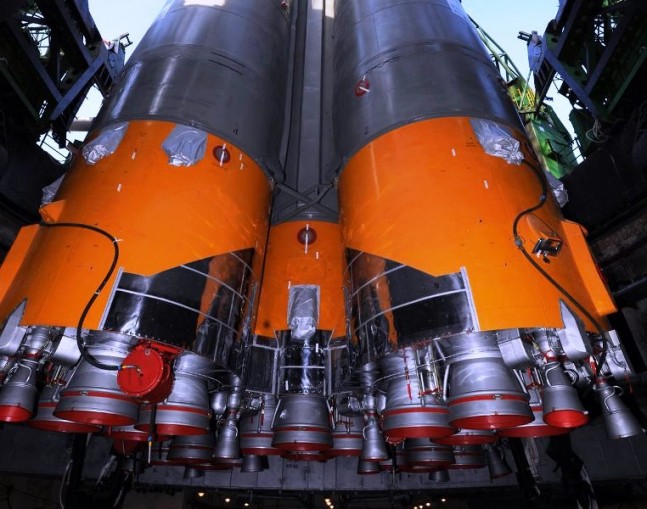 NASA has issued a statement where the U.S. space agency has begun work in distancing itself from its long relationship with the Russian Federal Space Agency – Roscosmos. This is merely the first step in what began with Russia’s recent military actions in the Ukraine.

NASA issued the following statement regarding the suspension of some activities with Russian Government representatives:

Given Russia’s ongoing violation of Ukraine’s sovereignty and territorial integrity, NASA is suspending the majority of its ongoing engagements with the Russian Federation. NASA and Roscosmos will, however, continue to work together to maintain safe and continuous operation of the International Space Station. NASA is laser focused on a plan to return human spaceflight launches to American soil, and end our reliance on Russia to get into space. This has been a top priority of the Obama Administration’s for the past five years, and had our plan been fully funded, we would have returned American human spaceflight launches – and the jobs they support – back to the United States next year. With the reduced level of funding approved by Congress, we’re now looking at launching from U.S. soil in 2017. The choice here is between fully funding the plan to bring space launches back to America or continuing to send millions of dollars to the Russians. It’s that simple. The Obama Administration chooses to invest in America – and we are hopeful that Congress will do the same. NASA is currently dependent on Russia for flights to the International Space Station. Photo Credit: NASA

Naturally, and given that the United States is currently dependent on Russia for access to the International Space Station, a facility primarily constructed by the U.S. – it has been allowed to opt-out of this recent announcement. In fact, in terms of this directive – dealings with the ISS are the only exception which was noted.

According to an article appearing on SpaceFlight Now, this decision is part of a broader announcement issued by the U.S. State Department. In terms of NASA, this directive could be counterproductive and lead to Russia restricting U.S. access to the space station.

If Russia decides to respond in a similar fashion, the United States could find itself unable to travel to the orbiting laboratory – of which the United States taxpayer has a $100 billion investment. As it currently stands, NASA pays an estimated $70 million per seat for flights to the ISS via Russia’s Soyuz spacecraft. The space agency is hopeful that a handful of private aerospace companies will be able to produce human-rated spacecraft which might fly by 2017 – three years from now.

Oddly, despite their similar histories, Russia has been placed in a like classification as China. Russia however was invited to participate in the ISS program in an effort initiated during the Clinton Administration.

NASA is not the only organization that is distancing itself from Russia after its recent, controversial actions. NATO, the North Atlantic Treaty Organization stated, on March 25, that they were suspending all civilian and military operations with Russia.

For his part, NASA Administrator Charles Bolden testified before a hearing of the United States Congress that if NASA were to restrict US. access to the sole destination in low-Earth-orbit, the International Space Station (ISS) – that NASA should cancel all of its human-rated space exploration efforts beyond Earth orbit.

Obviously, the Administration will go to any lengths, even ending years of cooperation with the Russians in space, to cancel Orion/SLS and hand the taxpayer dollars over to “privately funded” “commercial” space.