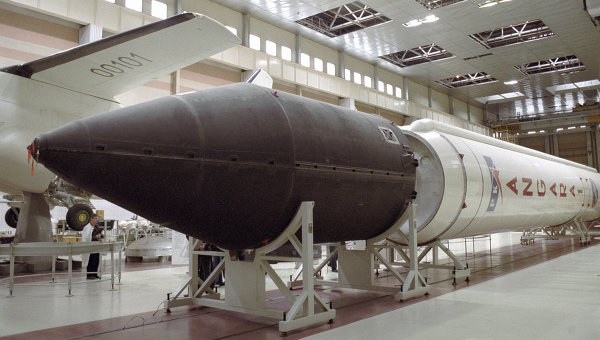 The scheduled first test flight of Russia’s Angara launch vehicle was scrubbed on Friday at the Plesetsk Cosmodrome in Russia’s Archanlsk region. According to Russian officials the launch was automatically aborted due to “technical issues”. According to Aleksandr Golovko, commander of Russia’s aerospace defense troops, the launch has been rescheduled for Saturday, 3:15 pm Moscow time.

“During the launch preparation an automated system has given a red light for carrying out the launch. The launch has been postponed to thereserve date of June 28,” Golovko said. The Angara-1.2ML rocket was rolled out to the launching pad on Wednesday. Photo Credit: Russian Ministry of Defense

The planned sub-orbital test was was designated Angara-1.2 ML (ML stands for ” Maiden Launch”. The Angara rocket is named for a Siberian river. Angara has been under development since the mid- 1990’s and is the first new Russian launch system since the breakup of the Soviet Union.  The Angara-1.2 is the prototype for a family of modular launch vehicles based on a common Universal Rocket Module (URM).  Liquid rocket boosters are then added to the first stage. Depending on the configuration, an Angara could have 1,3,5 or 7 such modules.

Each URM will have one single-chamber RD-191 engine which uses liquid oxygen and RP-1, a highly refined form of kerosene, as fuel. RP-1 is considered to be safer and less toxic than the hydrazine-based fuel used by Russia’s Proton rockets.

In addition to environmental concerns, there are also political and economic rationals for the development of the Angara family of launch vehicles.  By launching Angara rockets from the  Plesetsk Cosmodrome, Russia hope to lessen its dependance on the aging Baikonur Cosmodrome in northern Kazakhstan. The Angara rocket also lessens dependence on foreign components, most of which come from Ukraine. Earlier this month, Russian Deputy Prime Minister Dmitry Rogozin announced plans to test one of the heavy Angara rockets before the end of 2014.

Shocking! A country with almost 65 years in the rocket industry delaying a rocket launch? I thought this never happened to any nation/company other than that failure SpaceX.

Hi Doug,
Yes, it appears SpaceX & Russia under Vladimir Putin have much in common.
Sincerely and with kind regards, Jason Rhian – Editor, The SpaceFlight Group