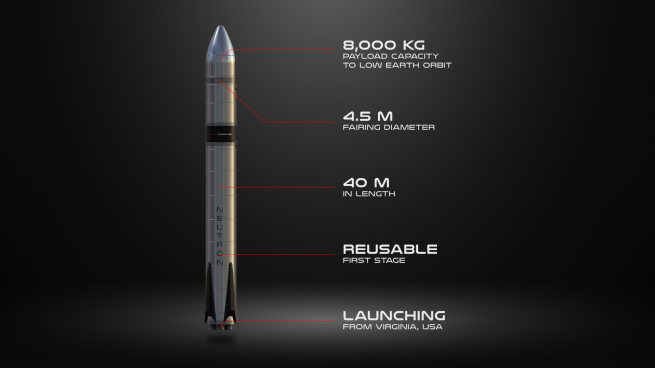 A render of what Rocket Lab expects its Neutron rocket to look like compared with its Electron rocket. Credit: Rocket Lab

Building off the success of its flight-proven Electron rocket, Rocket Lab announced in a company-produced video that it will be building a new rocket called Neutron capable of carrying eight metric tons of payload. 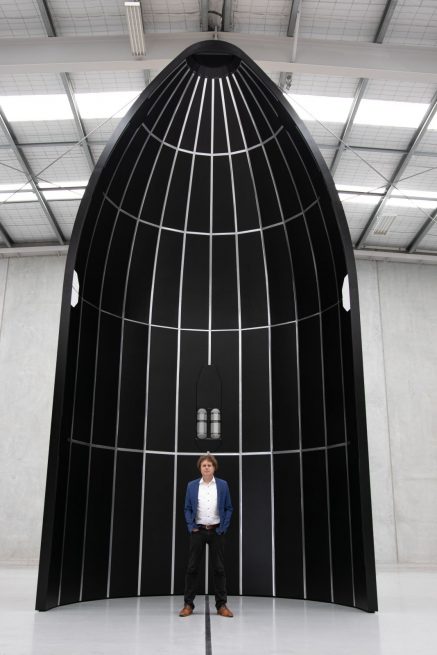 Rocket Lab CEO Peter Beck stands inside a mockup of one of the payload fairing halves that’ll be used for its Neutron rocket. Credit: Rocket Lab

“Rocket Lab solved small launch with Electron. Now we’re unlocking a new category with Neutron,” said Rocket Lab CEO Peter Beck in a company press release. “We’ve listened to our customers and the message is clear—biggest doesn’t always mean best when it comes to constellation deployment. Efficiently building the mega constellations of the future requires launching multiple satellites in batches to different orbital planes. It’s a requirement that all too often sees large launch vehicles fly with payloads well below their full lift capacity, which is an incredibly expensive and inefficient way to build out a satellite constellation. Neutron’s 8-ton lift capacity will make it ideally sized to deploy satellites in batches to specific orbital planes, creating a more targeted and streamlined approach to building out mega constellations.”

Neutron is expected to stand 131 feet (40 meters) tall, more than twice the size of Electron. The larger rocket is being designed with a 15-foot (4.5-meter) fairing as opposed to Electron’s 5-foot (1.2 meter) fairing, making it capable of carrying bigger satellites to orbit. Moreover, Beck said Neutron will be capable of human spaceflight.

In a short video highlighting several of the milestones the company completed over the last few years, Beck was featured noting how the company has delved into the satellite market as well as making its rockets reusable—something the company has gone on record saying it would never do.

Keeping his promise before Rocket Lab’s first successful mission proving reusability, Beck threw his Rocket Lab-branded hat into a blender and ate it in a symbolic tribute to the company’s accomplishments.