The New Zealand launch site for Rocket Lab, where the 20th Electron mission, “Running Out Of Toes” launched on May 15, 2021. The mission payload was lost following a flight anomaly following stage separation. Credit: Rocket Lab

Rocket Lab successfully launched its Electron rocket from the shores of New Zealand on May 15 at 11:11 UTC, but unfortunately suffered an unexpected anomaly during staging.

Affectionately dubbed “Running Out of Toes,” the Electron rocket assigned to fly the 20th mission of the type lifted to the skies from Launch Complex-1 at the company’s launch site in New Zealand. After pushing the rocket into stage separation, the first stage made its way back to earth via parachute before splashing down into the Pacific Ocean. It was then recovered by what Rocket Lab refers to as ‘ORCA’, or Ocean Recovery and Capture Apparatus. 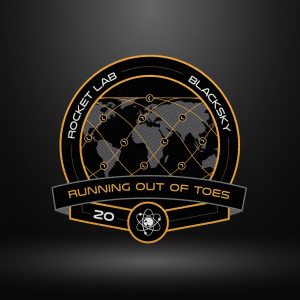 The second stage, carrying two BlackSky earth observation satellites, briefly ignited its engine but shut down unexpectedly seconds later, leaving the second stage and its payload spinning out of control, resulting in a loss of payload.

The company released an official statement saying, “We are deeply sorry to our customer BlackSky for the loss of their payloads. We understand the monumental effort that goes into every spacecraft and we feel their loss and disappointment. Our team is working hard to identify the issue, rectify it, and be safely back on the pad as soon as possible,” said Peter Beck, Rocket Lab founder and chief executive. “On one of our toughest days, our team operated with professionalism and worked swiftly to ensure the anomaly was managed safely. Our team is resilient, and our top priority remains to safely and reliably return to flight for our customers. We will learn from this, and we’ll be back on the pad again.”