The Antares rocket accident: Dissecting space disasters in the media 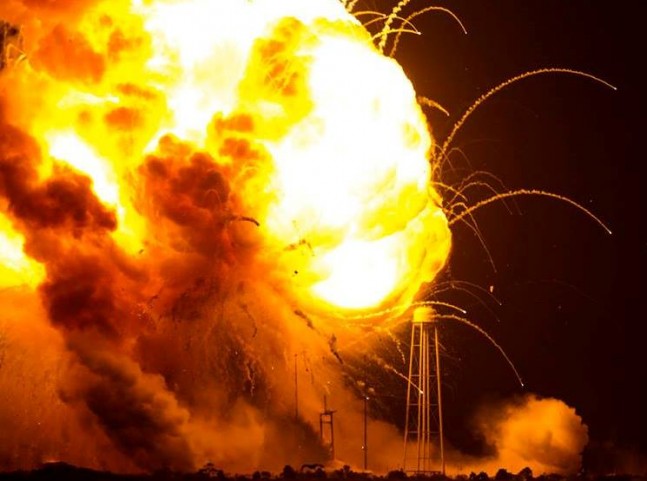 The recent loss of an Orbital Sciences Antares rocket carrying a Cygnus cargo vehicle to the International Space Station shocked the space community and the public alike. In some ways, that’s good. Launches to the space station have mostly gone well in recent times, and a launch failure is viewed as being highly abnormal.

While the launch failure is chewing up media bandwidth in aerospace circles, it has also featured prominently in the mass media. The space community has sometimes bemoaned the obsession with space disasters over successes in the media, especially when launch failures cost lives. But the high media coverage of this latest catastrophe appears to be well-handled.

For a start, the launch failure is a major newsworthy incident. It should be covered. The space community cannot expect censorship or disinterest in the event. Let’s also remember that the media feeds on negativity in other areas apart from space. The media was neither unfair nor biased in its coverage of the event. In fact, it was probably some of the best media coverage ever placed on a launch accident. The media were quick to report that no lives had been lost. They also avoided remarks about dangers to the station or its crew. Much attention was focused on dissecting why the incident occurred, a very clear and obvious subject in this story. The media selected experts to interview, who gave accurate and professional statements. There was an absence of misinformed individuals or conspiracy theorists. And all of this happened in the middle of a politically and commercially volatile flux that pervades spaceflight as a whole.

The media held their ground and did not appear to engage in lobbying or partisanship. It was technical, objective, and perceptive.

The general public got the right message fast. There was no panic or outrage.

The same can not be argued for other technical disasters such as the Fukushima nuclear shutdown and the disappearance of Malaysia Airlines flight MH370, there was a focus on scientific and technical issues. The media sometimes treats these matters as too cerebral for a general news report, but they delved deeply into the operations of rockets, logistical issues for the space station and the overall complexities of operating this huge project. In addition to clear reportage on the explosion, the public received a concise and informative background briefing on the ISS program as a whole.

Clearly, it would have been better if this failure had never occurred. But incidents like this can sometimes snowball into greater disasters when they are not managed properly. This did not happen with the Antares launch accident. A media conference was called fairly quickly and managed well, but the media already had a clear picture through their own resources. This article was written by Morris Jones, it originally appeared on Space Safety Magazine and can be viewed here: Antares Media

Still can’t believe the Accident investigation board is letting Orbital lead the investigation. This is like letting the Fox guard the hen house. The AIB will be swayed and obviously misled by Orbital who will most likely try to shift blame away from them if there is any blame to be found outside of historically bad motors.