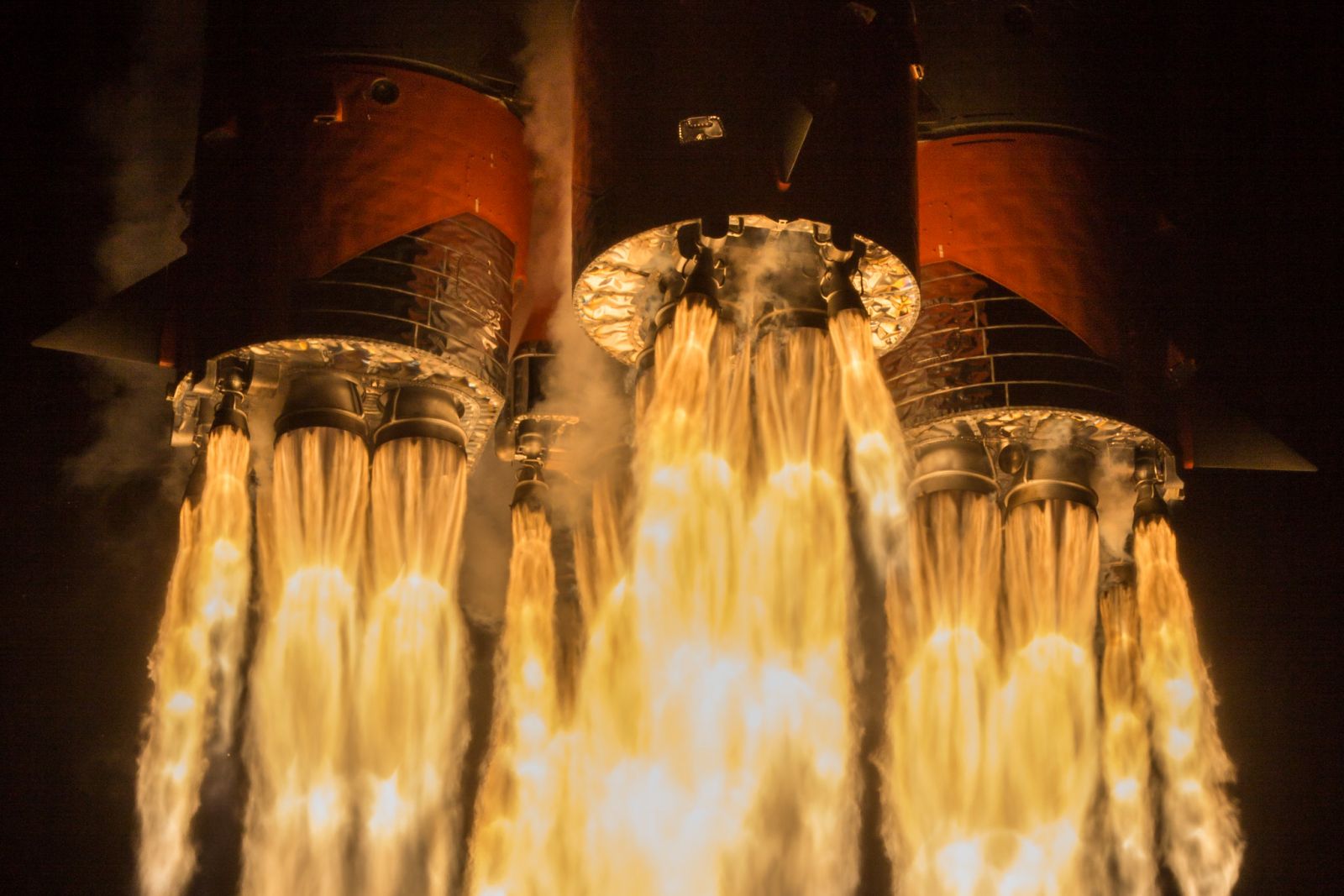 A Soyuz 2.1b rocket lifts off carrying 34 satellites for the OneWeb internet constellation. Credit: Roscosmos

Liftoff took place at 6:13 p.m. EDT (22:13 UTC) Aug. 21, 2021, from Baikonur Cosmodrome in Kazakhstan. All OneWeb launches have been atop Russian-built Soyuz rockets under a commercial contract agreement with Arianespace, a French launch service company. 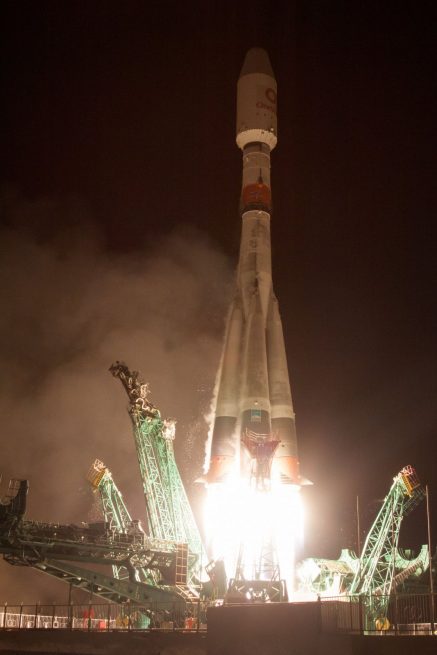 OneWeb, after filing for bankruptcy in 2020, re-organized under ownership of the United Kingdom’s government and Bhakti Global. On Aug. 17, 2021, the company published news of a $300 million equity investment into its company by Hanwha, a South Korean tech firm.

The 330-pound (150-kilogram) satellites are manufactured on Florida’s Space Coast in a joint venture between OneWeb and Airbus. The broadband internet satellites can beam signals to users on the ground, at sea or in the air all the while providing low-latency, high-speed connectivity for its customers, which include commercial, government and individual consumers.

SpaceX is a competitor of OneWeb, launching approximately 1,740 Starlink satellites to date with plans to increase the number to 12,000 as it resumes Starlink missions September of 2021.

The London-based OneWeb internet constellation company plans to deploy 648 satellites over the next 12 months, proclaiming it can provide global coverage with fewer satellites than Starlink.

The Soyuz rocket’s upper stage, Fregat, began deploying satellites about 1 hour and 11 minutes after liftoff. It took roughly 3 hours, 45 minutes to deploy all 36 satellites on this mission.

From there, they are expected to use their own onboard propulsion system to reach their operation orbit of 745 miles (1,200 kilometers) above Earth.

On July 1, 2021, the company had achieved enough coverage with its orbiting spacecraft to provide internet service to customers north of 50 degrees latitude with another launch scheduled for no earlier than Sept. 18, 2021, as OneWeb continues to add to its broadband network and internet constellation.