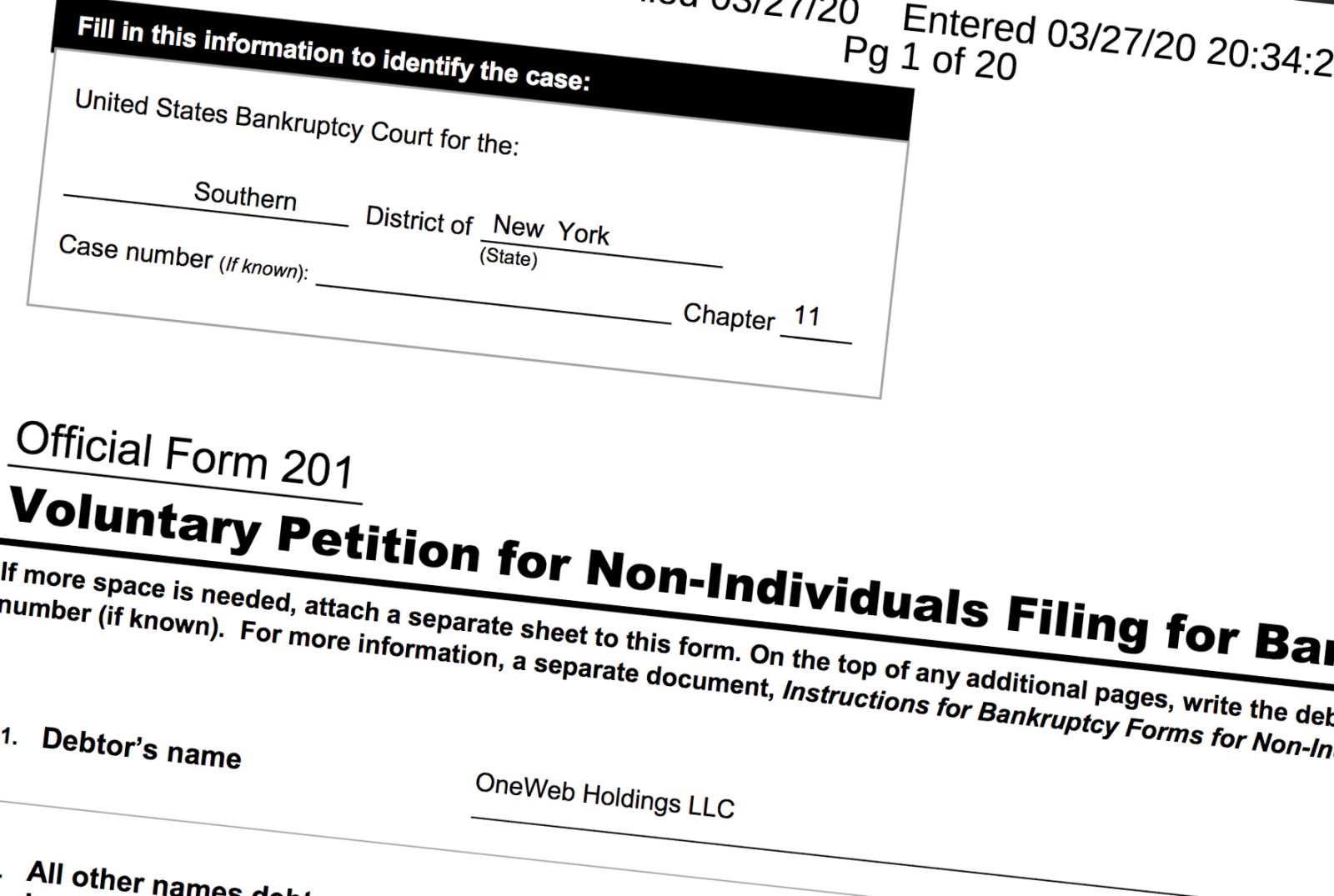 Bankruptcy documents were filed on behalf of OneWeb Holdings LLC, in the Southern District of New York on March 27, 2020. Credit: CourtListener.com

In a surprising recent development, satellite broadband internet provider OneWeb filed for bankruptcy just one week following the successful launch of 34 satellites atop a Soyuz rocket from Baikonur, Kazakhstan. While underlying issues laid the groundwork for the filing, the bankruptcy is said to be partially caused by the current worldwide coronavirus pandemic, COVID-19.

In a press release issued Friday night, it was stated that “The company intends to use these proceedings to pursue a sale of its business in order to maximize the value of the company… Today the company has filed a number of customary motions with the U.S. Bankruptcy Court seeking authorization to support ongoing operations during the Chapter 11 process, including approval for the consensual use of its existing cash collateral to continue to fund the business.”

The company, which is owned and operated by SoftBank Group Corp, filed for Chapter 11 bankruptcy and listed its liabilities and assets at over 1 Billion dollars each, listing various debts to include a debt of $238 million to the commercial launch provider Arianespace, who has launched all of the company’s  satellites to date. The satellite manufacturer and operator had raised over 3.3 Billion dollars in capital since its early inception, and was working towards a constellation of 2000 satellites, built in a state-of-the-art manufacturing facility outside NASA’s Kennedy Space Center in Florida. 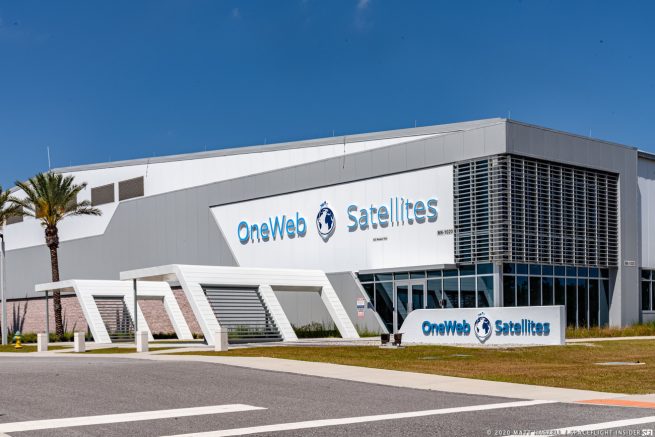 In addition to the 74 satellites currently in orbit, half of the planned 44 ground stations have been completed or were under development. The company planned to begin offering broadband service to the Arctic later this year, with expansion to the entire globe through additional satellites over the next year. With the filing, all of these plans are in an unknown status, pending the results of the proceedings.

In the press release, OneWeb related the cause of the filing to financial setbacks stemming from the worlds COVID-19 pandemic:

“Since the beginning of the year, OneWeb had been engaged in advanced negotiations regarding investment that would fully fund the company through its deployment and commercial launch. While the company was close to obtaining financing, the process did not progress because of the financial impact and market turbulence related to the spread of COVID-19.”

With the bankruptcy, as well as the global health and economic crisis, comes significant layoffs to 10 percent of the company’s workforce. Adrian Steckel, CEO for OneWeb, expressed his feelings on the situation.

“Today is a difficult day for us at OneWeb. So many people have dedicated so much energy, effort, and passion to this company and our mission… It is with a very heavy heart that we have been forced to reduce our workforce and enter the Chapter 11 process while the company’s remaining employees are focused on responsibly managing our nascent constellation and working with the court and investors.”

Among other contributing factors for the filing, OneWeb faced competition from established satellite broadband companies such as Inmarsat, Intelsat SA, and Eutelsat. The future of the company, however, faced a degree of uncertainty from its earliest days, with game-changing competing projects, such as SpaceX with their massive Starlink constellation, and the Jeff Bezos backed Kuiper Project – both of which have significant financial backing and plan for multi thousand satellite systems in low earth orbit. The filing poses a significant boost for the SpaceX Starlink constellation, which has already begun working with the US military and is the front runner for delivering next-generation broadband service from low earth orbit, becoming the world’s largest single satellite operator with its 300 plus satellites flying following just a handful of launches.

It has yet to be seen how this development will affect the many satellites currently in low earth orbit. Their future will be determined by the courts, and possible outcomes range from operation by a new owner, to the mandated deorbit of the system. The company could also see a revitalization similar to Iridium who, in 1999 – before placing all of its satellites into orbit – declared bankruptcy. Two years later, they fell under new ownership and became the satellite communications powerhouse it is today. Spaceflight Insider will continue to monitor the situation.