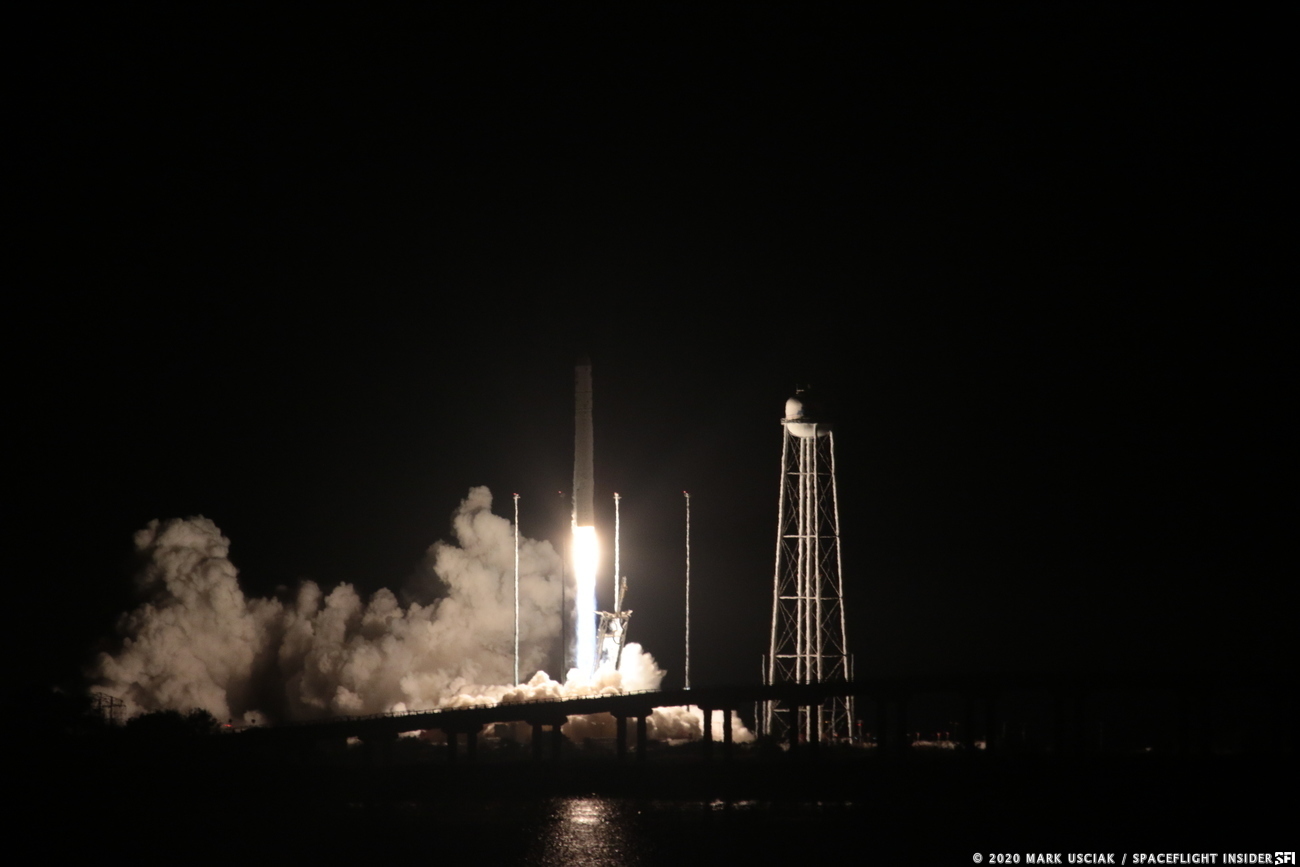 It was an on-time departure from Wallops Island tonight, as a Northrop Grumman Antares booster lifted the NG-14 payload aloft at 9:16 p.m. EDT. The Cygnus spacecraft, named SS Kalpana Chawla in honor of the first woman of Indian descent to go to space, launched at 9:16pm, sending almost 8,000 pounds of supplies and hardware to the International Space Station.

Launching from the east coast of America has been a tricky thing of late, with scrubs occurring with four different launch vehicles – one for this mission, last night – in as many days. About 30 minutes following tonight’s successful launch of NG-14, SpaceX systems called an abort during the GPS III SV04 launch, destined to fly aboard a Falcon 9 rocket. In earlier days, another Falcon 9 carrying the next batch of Starlink satellites, as well as a Delta IV Heavy carrying the NROL-44 mission, each also suffered last minute interruptions to their count.