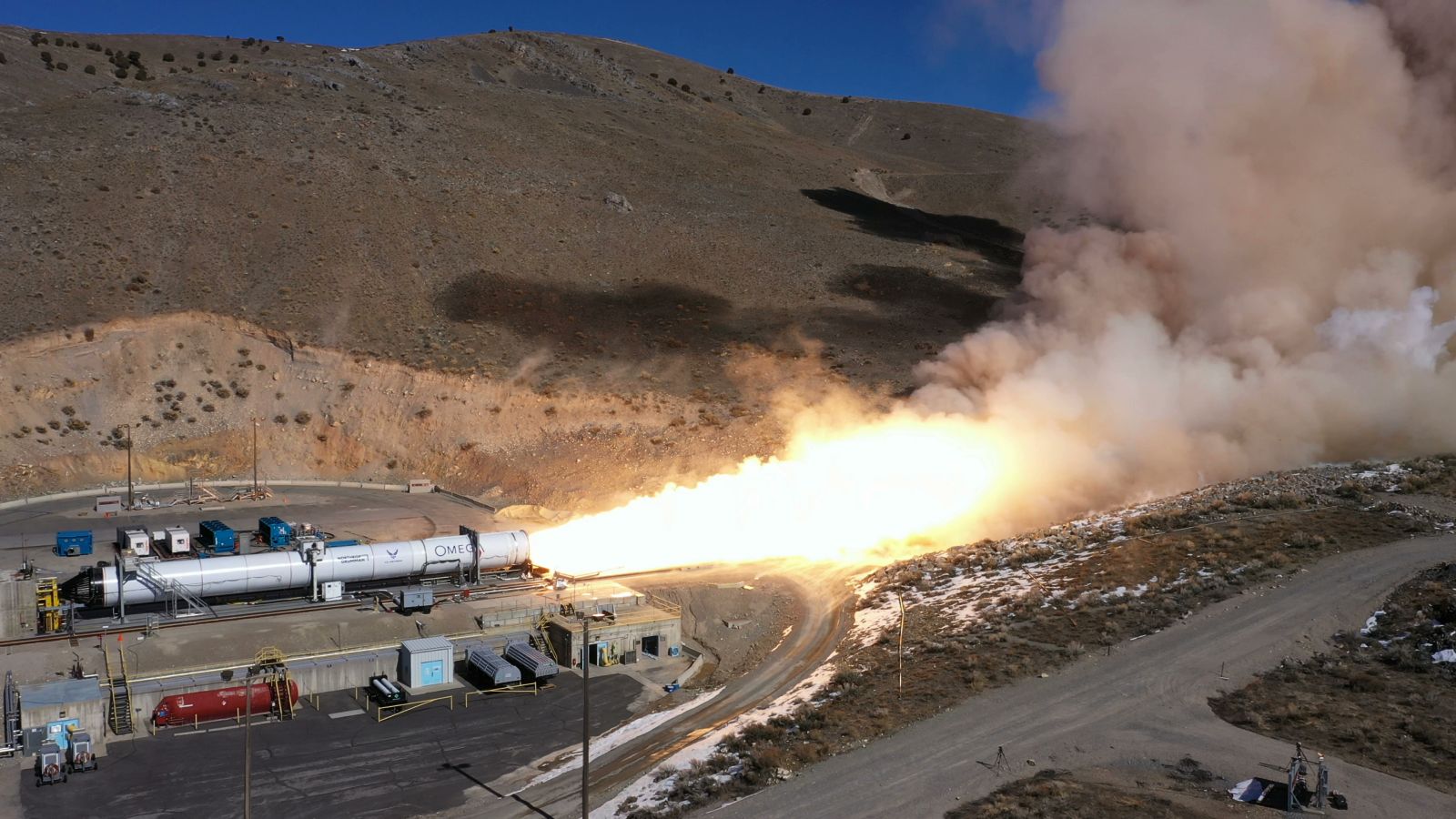 Northrop Grumman’s OmegA second stage motor burned nearly 340,000 pounds of solid propellant during what appears to have been a very successful cold static fire test, February 27, 2020. The test team collected more than 500 channels of data to aid in verifying the motor, which will be reviewed by engineers as the project advances. Image credit: Northrop Grumman

Northrop Grumman has successfully completed a cold static test of the second stage of its OmegA rocket in Promontory, Utah, completing the full-duration (approx. 140 seconds) firing on the afternoon of February 27.

The OmegA rocket consists of three stages. The first two stages are powered by solid rocket fuel, while the third stage utilizes two Aerojet Rocketdyne RL-10 engines and burns a mixture of liquid oxygen and liquid hydrogen. Through the burning of nearly 340,000 pounds of solid propellant, the second stage is designed to produce upwards of 785,000 pounds of thrust.

This test, in conjunction with the successful hot static fire in May 2019, subjected OmegA’s motors to the most extreme propellant temperatures the rocket will experience during storage, transport, stacking and launch. The cold core temperature of the test article was possible by enclosing the stage in a roll-over shed, adjusting the interior temperature during the days prior and then rolling it back on the day of the test.

Northrop Grumman’s vice president of propulsion systems Charlie Precourt said, “Northrop Grumman designed OmegA to use the most reliable propulsion available to ensure exceptional mission assurance for our customers. Today’s firing is a significant accomplishment that demonstrates a domestic solution for the RD-180 rocket engine replacement.”

Northrop Grumman plans to launch the first OmegA from Launch Complex 39B at NASA’s Kennedy Space Center in early 2021. It is currently overseeing the completion of required modifications to Mobile Launch Platform-3, for it to successfully serve as OmegA’s assembly and launch platform. Assembly of OmegA will take place in High Bay 2, which Northrop Grumman has taken occupancy of, becoming the first commercial tenant of NASA in their historic Vehicle Assembly Building (VAB).

Happy to see the tests proceed!