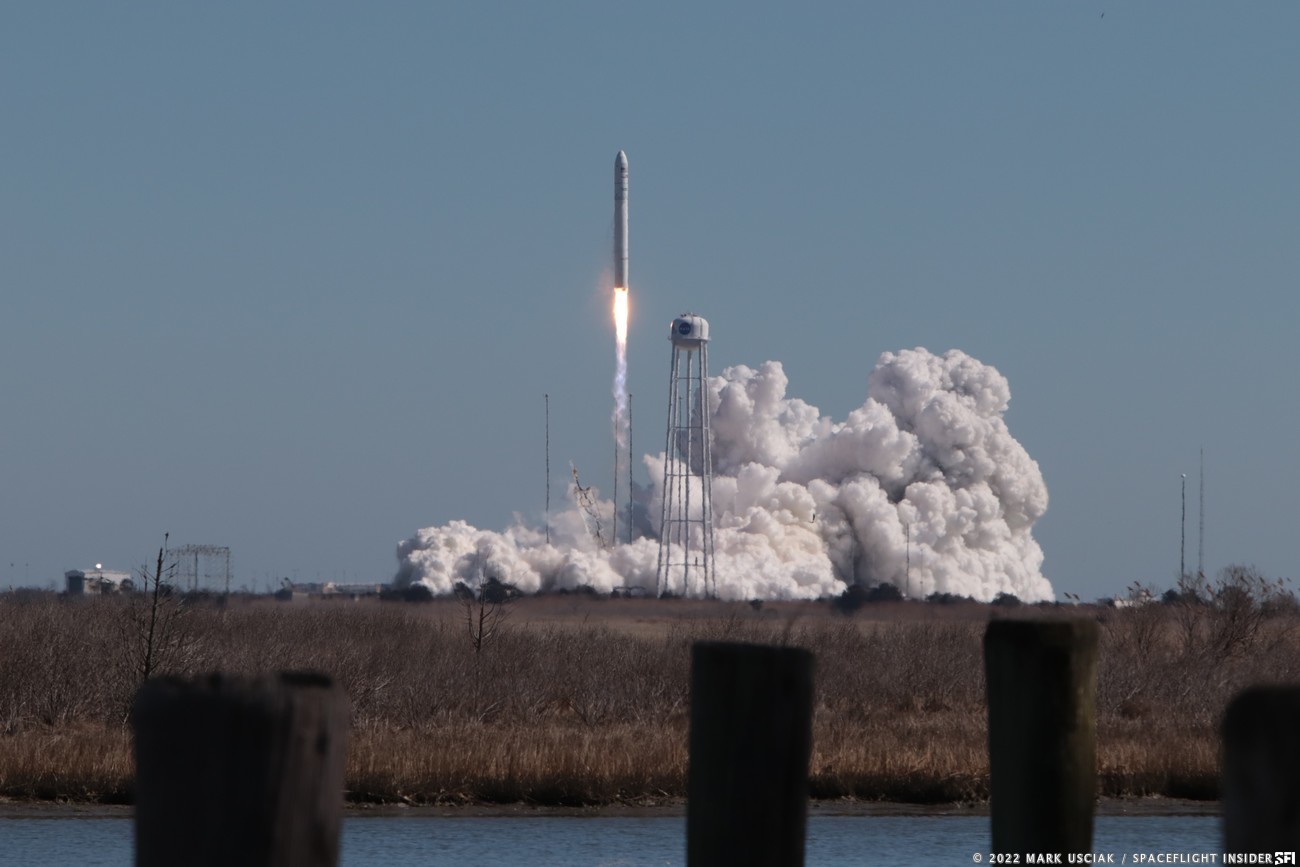 Northrop Grumman’s Antares rocket had a spectacular liftoff from Virginia to send the NG-17 Cygnus cargo spacecraft toward the International Space Station. 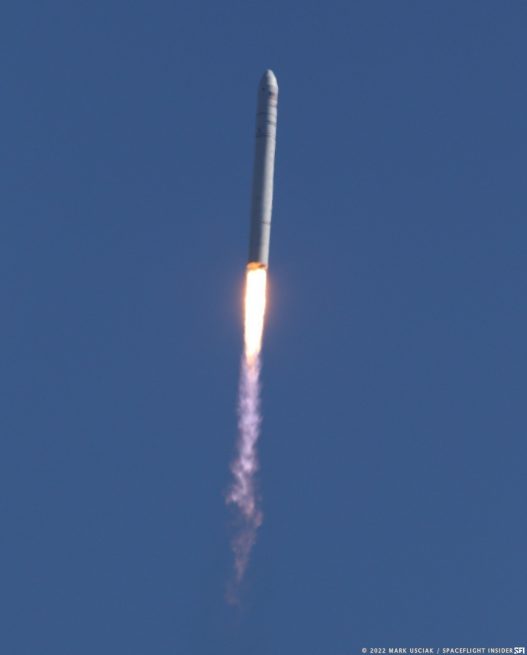 Now in orbit, the Cygnus spacecraft is slated to rendezvous with the ISS on Feb. 21 where it will be captured by the outpost’s robotic Canadarm2 to be berthed to the Earth-facing port of the Unity module. Capture of Cygnus is scheduled for about 4:35 a.m. EST (09:35 UTC).

Named SS. Piers Sellers, NG-17 Cygnus is expected to stay attached to the ISS for about three months while the seven-person Expedition 66 crew unloads the various science experiments and crew supplies, distributing them throughout the orbiting laboratory.

Sometime during its stay, the spacecraft is expected to conduct a small reboost burn, becoming the first U.S. cargo spacecraft to perform this function.

“We are expanding the suite of value-added capabilities that we offer through our proven Cygnus program,” Steve Krein, vice president of civil and commercial space at Northrop Grumman said in a company news release. “The addition of reboost services to Cygnus’ capabilities provides NASA with an even greater tool to advance space science and exploration, whether that’s on the International Space Station, the moon or beyond.”

Over time, Earth’s thin upper atmosphere can cause a decrease in the altitude of the space station, requiring small adjustments. Reboosting is an essential part of altitude maintenance for the ISS.

Cygnus is expected to perform a reboost burn while berthed in order to place it back into its proper orbit. 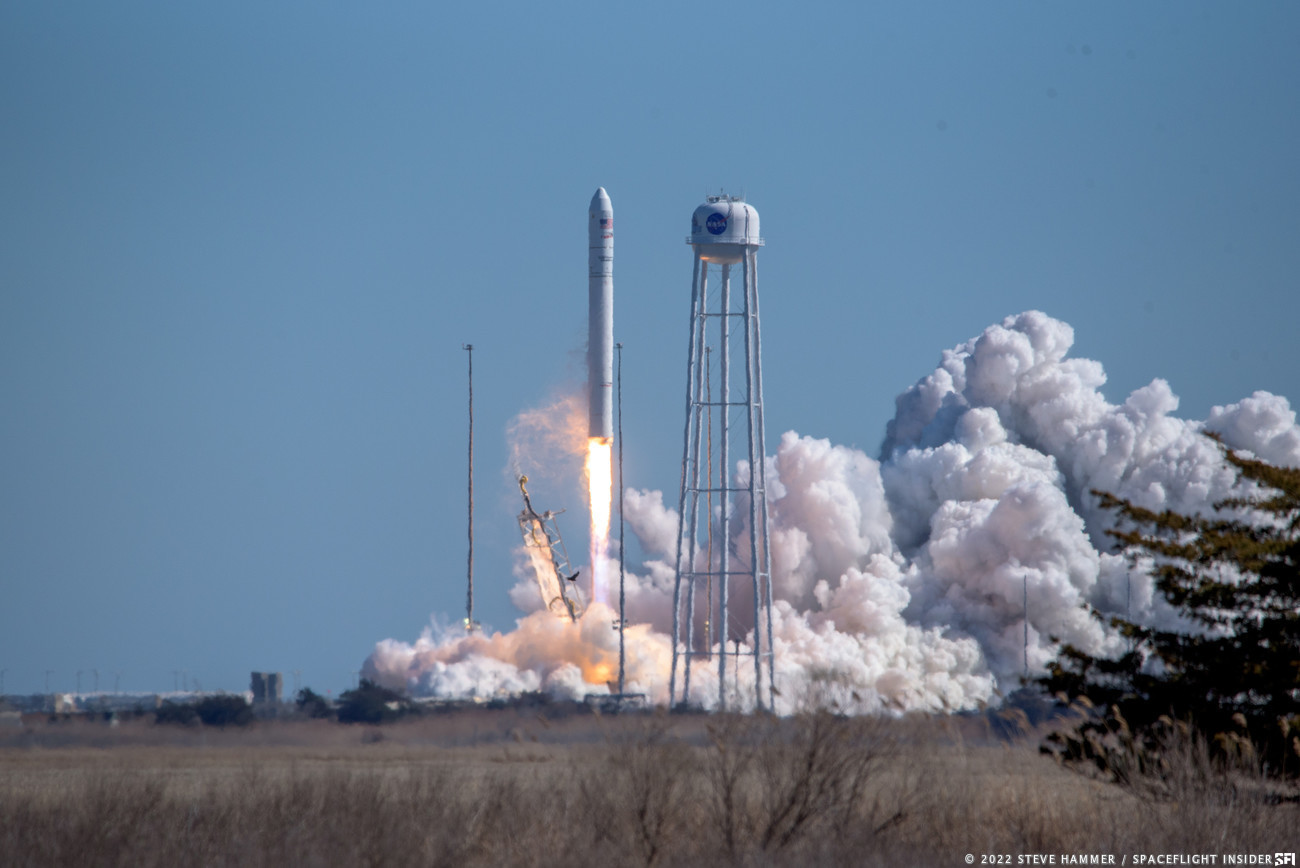 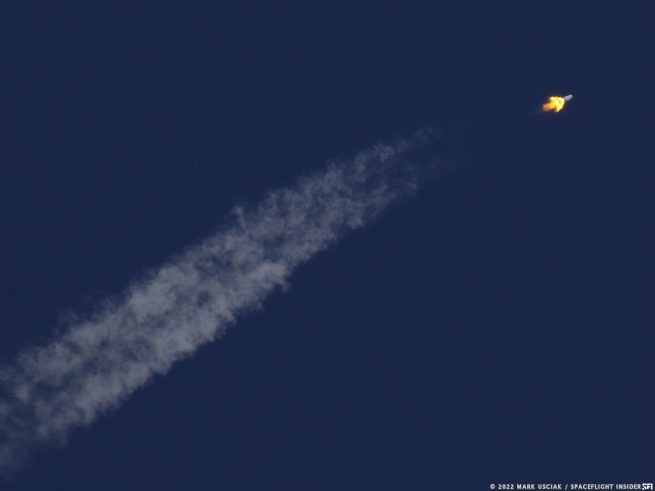 After burning for about 3.5 minutes, its engines cut off and the first stage separated from the upper stage, interstage and payload fairing.

Over the next few seconds, the payload fairing separated and the interstage fell away, leaving only the solid rocket motor that is the upper stage, as well as the NG-17 Cygnus.

Once the solid motor ignited, it burned for about 2.5 minutes, placing the spacecraft in its initial parking orbit. NG-17 Cygnus separated about nine minutes after leaving Virginia.

Northrop Grumman provided launch services to the International Space Station under the initial NASA Commercial Resupply Services, or CRS, contract from 2014 to 2019 and was chosen to continue these missions under the the second CRS contract that commenced in 2019 and is expected to continue through to at least 2024.

This is the 18th Cygnus to fly to the ISS and the 17th operational cargo resupply for the spacecraft design.

Another Cygnus spacecraft, NG-18, is slated to launch from Wallops Flight Facility the summer.