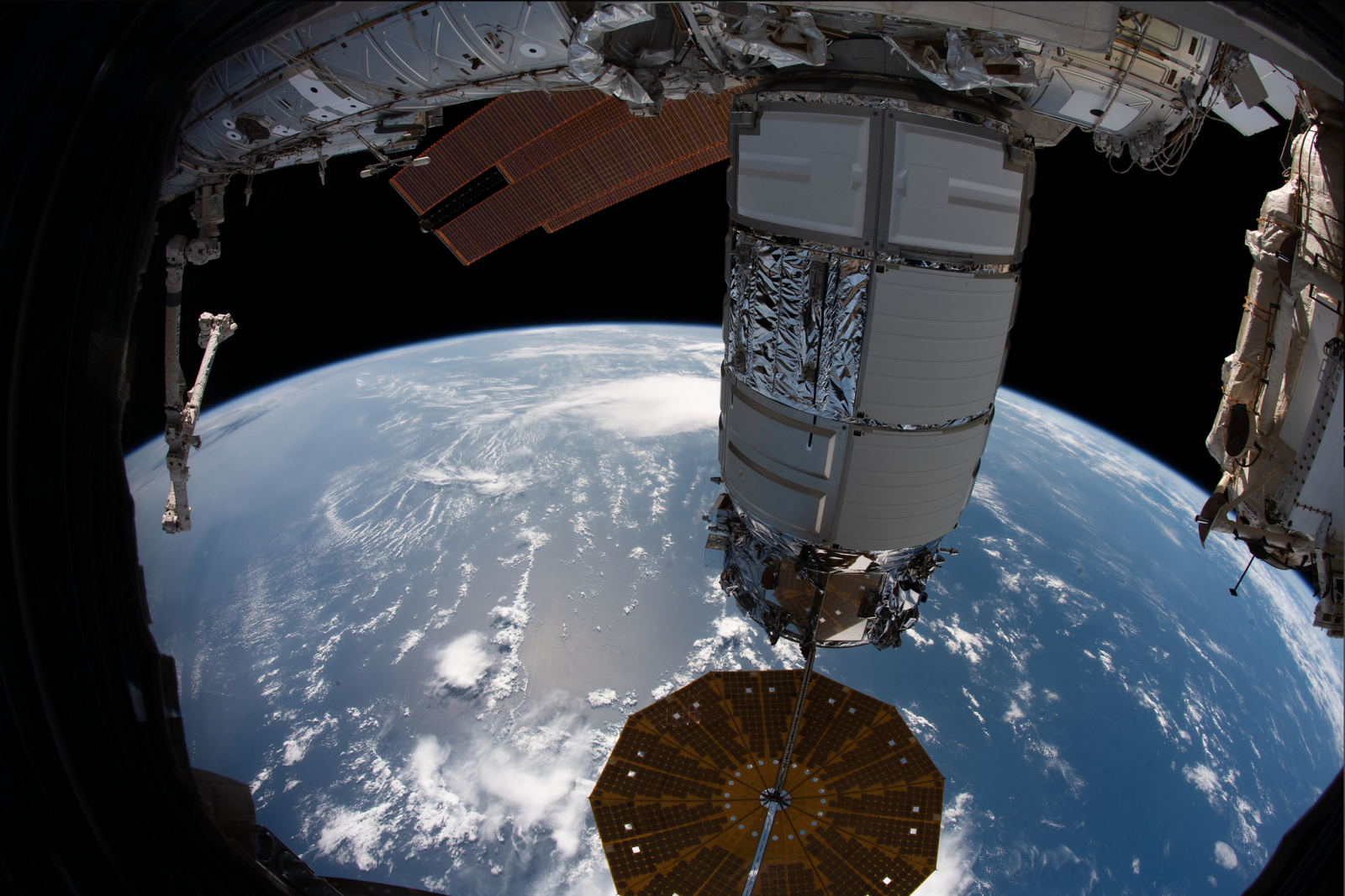 The U.S. Northrop Grumman Cygnus resupply ship is featured in this image as the International Space Station orbited above the Pacific Ocean off the coast of Central America, April 8, 2020. Credit: NASA Johnson Space Center

After 83 days attached to the International Space Station, the three-person Expedition 63 crew today bid farewell to the NG-13 Cygnus cargo ship after it supplied the outpost with some 3,400 kilograms of supplies and equipment.

Northrop Grumman’s NG-13 Cygnus spacecraft, dubbed the SS Robert Lawrence after the first African American selected to be an astronaut, was unberthed from its location on the Earth-facing port of the Unity module via the robotic Canadarm2 remote manipulator system early in the morning on May 11. Several hours later, at 12:09 p.m. EDT (16:09 UTC), it was released. All of the robotics work was performed remotely by teams on the ground with NASA astronaut and ISS commander Chris Cassidy monitoring as a backup.

Minutes after release, the spacecraft’s onboard thrusters performed a three-minute departure burn, which pushed Cygnus safely away from the ISS. It first passed the 200-meter “keep out sphere” before also leaving the larger 4 x 2 x 2 kilometer approach ellipsoid. Both imaginary zones serve as checkpoints for arriving and departing vehicles to ensure the space station remains safe. 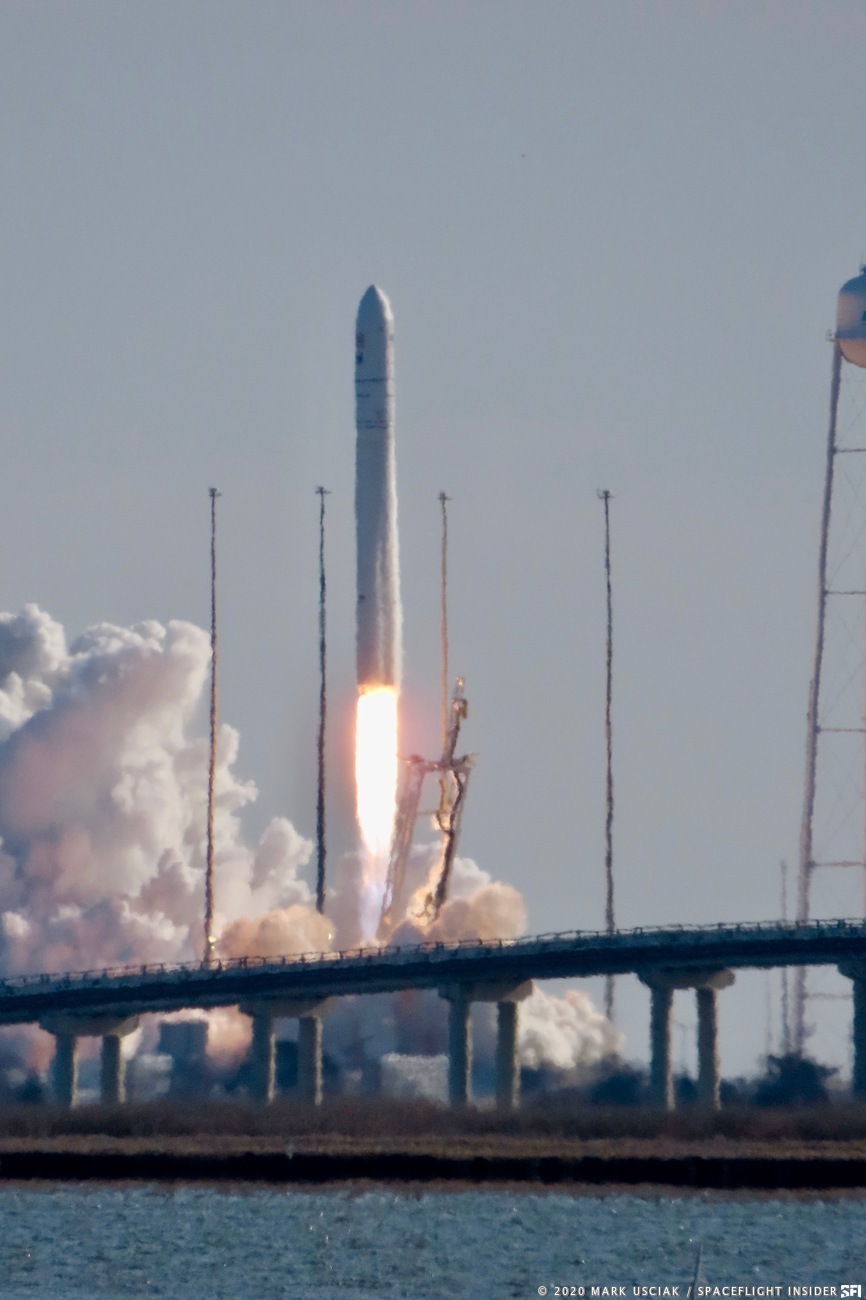 NG-13 Cygnus launched into space nearly three months ago. Its ride to orbit was a Northrop Grumman Antares rocket, which took to the skies at 3:21 p.m. EST (20:21 UTC) Feb. 15, 2020. Three days later, on Feb. 18, the spacecraft rendezvoused with the ISS where it was captured by Canadarm2 and subsequently berthed to the Earth-facing common berthing mechanism on the Unity module.

Since then, Cygnus has been re-loaded with about 2,000 kilograms of trash and unneeded equipment that is expected to burn up along with the spacecraft at the end of its mission, currently scheduled for May 29.

Until then, NG-13 Cygnus is slated to perform a several-week post-ISS mission that includes deploying several CubSats as well as performing the fourth Spacecraft Fire Experiment, also known as Saffire-IV.

The Saffire investigation series involves igniting large pieces of material inside an experiment box. Because Cygnus is uncrewed and at a safe distance from the ISS, larger pieces of material can be safely tested to evaluate how flames behave in space.

For this iteration of the experiment, several of the burn samples will utilize the internal air pressure of Cygnus. Additionally, the spacecraft is expected to be partially depressurized and oxygen concentrations increased to monitor flame behavior.

According to NASA, this experiment is also meant to help with fire detection, combustion product monitoring and post-fire cleanup technologies planned for future spacecraft.

As the schedule for vehicles to visit the ISS currently stands, the next spacecraft to visit the outpost is slated to be the Japanese Kounotori 9 cargo ship, which is set to bring the final set of lithium-ion batteries to the orbiting complex in a years-long upgrade campaign that started in 2017.

Kounotori 9 is set to launch May 20 from the Tanegashima Space Center in Japan and berth with the ISS on May 25.

Then on May 27, SpaceX’s Demo-2 Crew Dragon mission is set for launch from Kennedy Space Center in Florida with NASA astronauts Doug Hurley and Bob Behnken. If the flight occurs on time, it would be the first human orbital spaceflight from U.S. soil in 3,246 days — nearly nine years.