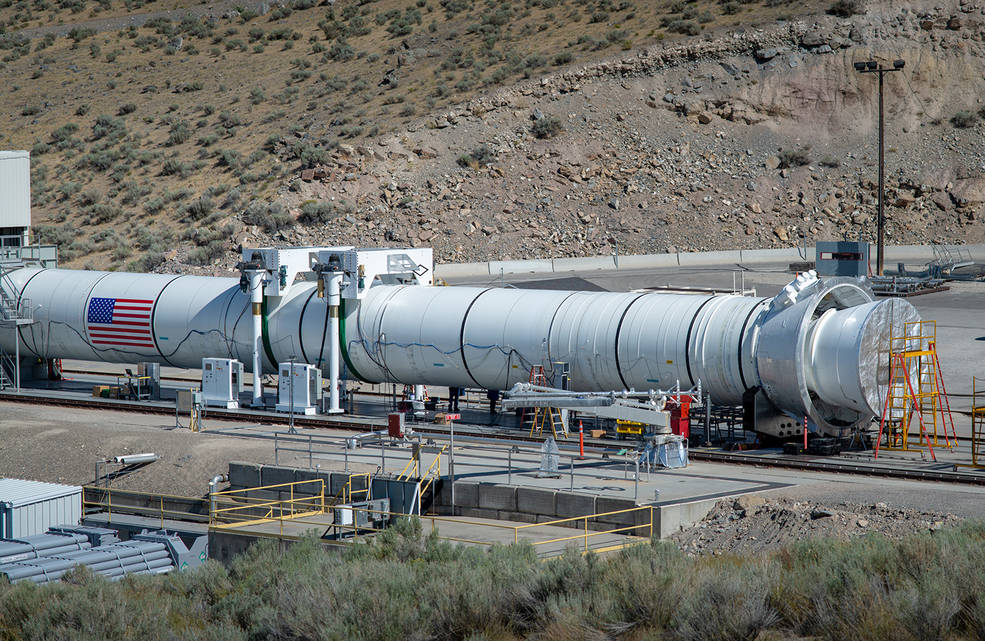 Teams have installed the flight support booster (FSB) for later versions of the solid rocket boosters on NASA’s Space Launch System (SLS) rocket into the test stand in Promontory, Utah. NASA and Northrop Grumman, the SLS booster lead contractor, will conduct a two-minute, full-duration test with the booster on Sept. 2. Engineers will use data from the test to evaluate new materials and developments for SLS rockets that will power NASA’s Artemis lunar missions beyond Artemis III. Credit: Northrop Grumman

On Wednesday, September 2 at 2:45 p.m.. EDT, NASA will broadcast a full-duration test fire by Northrop Grumman of a Space Launch System (SLS) rocket booster. It will air on NASA television and will also be viewable online, via their website.

NASA continues to work towards landing the first woman and crew on the Moon by 2024.