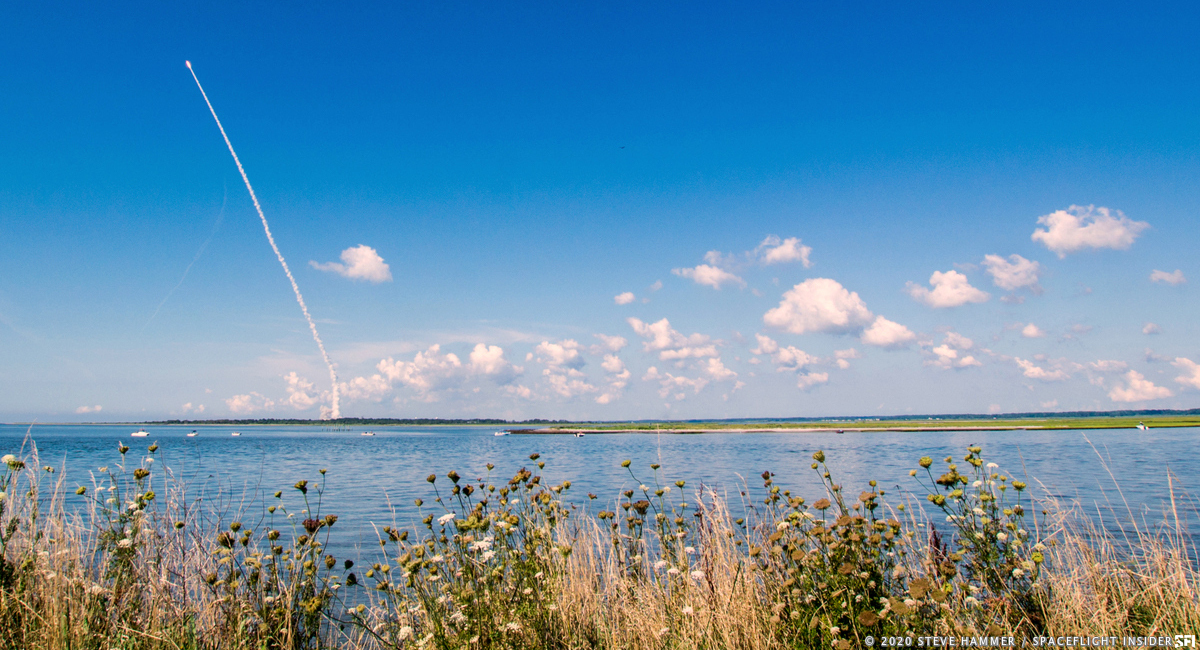 Virginia based Northrop Grumman today launched classified mission NROL-129 for the National Reconnaissance Office (NRO) aboard a Minotaur IV rocket from launchpad 0B at The Mid Atlantic Regional Spaceport (MARS), adjacent to NASA’s Wallops Flight Facility in Wallops Island, Virginia. The countdown clock was held at T-minus 16 minutes for 46 minutes, allowing for multiple boats to be cleared from the downrange hazard area. Support for the launch, which occurred at 9:46 am, 46 minutes into today’s launch window, was provided by the United States Space Force (USSF) Space and Missile Systems Center’s (SMC) Launch Enterprise Program. 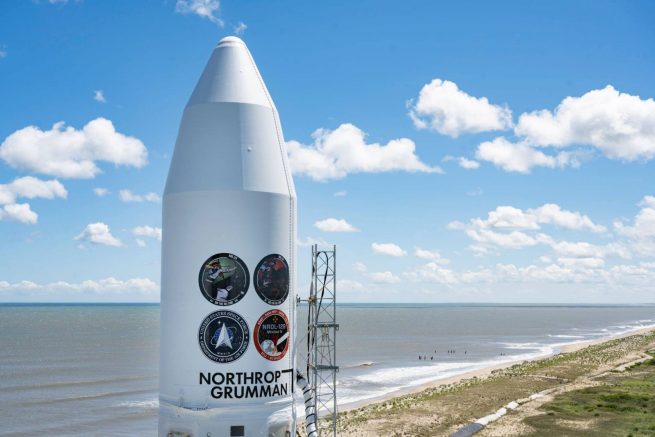 The classified payload for NROL-129 was the first mission to be flowed through the new payload processing facility at Wallops Island, prior to liftoff at 9:46 am, July 15, 2020. Photo: NRO

Today’s mission consisted of lofting four classified spacecraft, developed and built to be operated by the NRO. The NRO is the U.S. Government agency in charge of designing, building, launching, and maintaining America’s reconnaissance, as well as operating associated data processing facilities in support of national security. The agency uses a variety of satellites in its hybrid approach designed to provide global coverage. The launch of the NROL-129 mission supports the NRO’s overarching national security goal by providing data to the intelligence community and the Department of Defense. 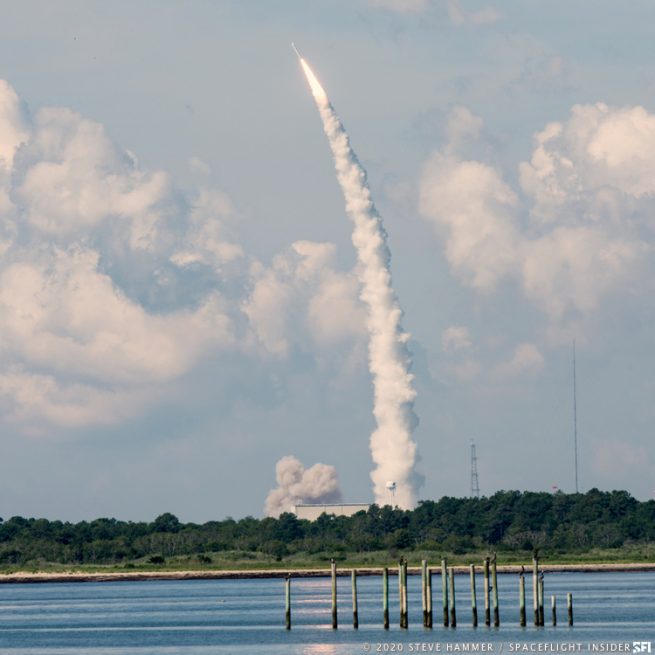 Distant clouds form a backdrop to the initial seconds of flight for this Minotaur IV rocket, launched July 15, 2020 in support of the NROL-129 mission. Photo: Steve Hammer, SpaceFlight Insider

The mission took to the mostly clear and blue coastal skies atop the 78ft tall, Northrop Grumman four stage Minotaur IV launch vehicle. The first three stages employ solid fuel motors provided by the government from decommissioned Peacekeeper ICBMs, while the upper stage is a Northrop Grumman commercial Orion 38 motor. It has a payload capacity of up to 3814 lbs, and is part of the wider Minotaur family of rockets, all built and operated by Northrop Grumman.

The Mid Atlantic Regional Spaceport is located in the northern portion of Virginia’s Eastern Shore on Wallops Island. The complex consists of three launchpads. Antares rockets, which are used to resupply the International Space Station as a part of NASA’s Commercial Resupply Services (CRS) program, utilize Pad 0A, while Pad 0B is used for the Minotaur family of launch vehicles. A new Launch Complex-2 was recently built to support the Rocket Lab Electron satellite launch vehicle, expanding the island’s rich history as a flight facility with over 16,000 rockets having been launched since 1945.

The NROL-129 launch was awarded in 2017 and was originally planned for fall 2019. It was subsequently delayed to February 15 and March 31 and was the first Minotaur to launch from Wallops Island since NASA’s LADEE mission headed to the Moon in the fall of 2013. Today’s launch was the second launch from MARS in 2020, with the next NRO mission from MARS scheduled for 2nd quarter of  2021.

Congratulations on a successful launch.