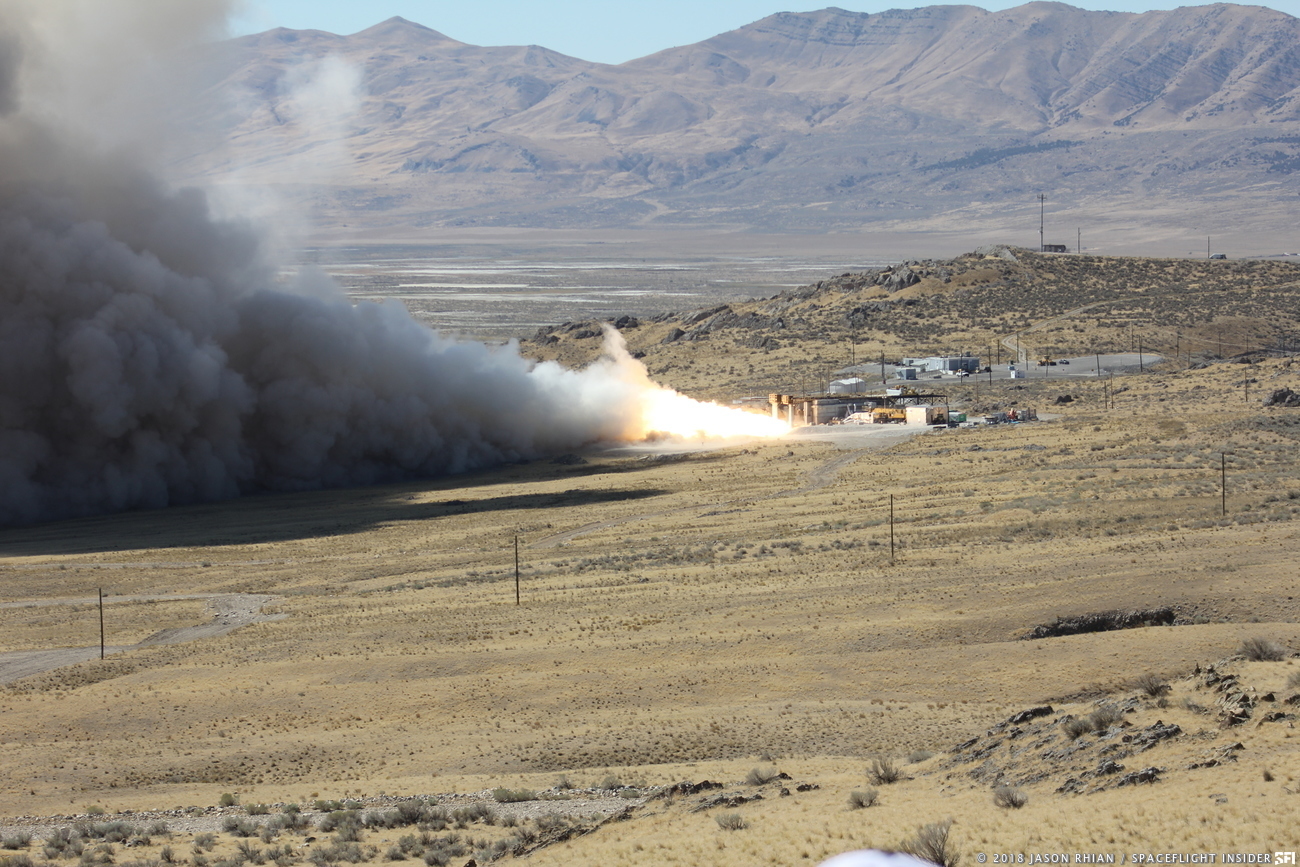 The test was carried out on April 4, 2019, at Northrop Grumman’s facilities located in the remote deserts of Promontory, Utah. The GEM 63 motor was fired around 1 p.m. MDT (3 pm ET / 19:00 GMT) and was active for approximately 100 seconds.

In September 2018 the booster was tested under cold conditions (40 degrees Fahrenheit/4 degrees Celsius). This helped validate that the GEM 63 could perform as expected in cold temperatures. Today’s test demonstrated the GEM 63 could handle with the “hot” end of the spectrum, with the booster’s temperature increased to 90 degrees Fahrenheit (32 degrees Celsius).

Besides verifying its ability to handle temperatures in the higher end of its performance spectrum, the test validated the ballistic performance of the motor, such as pressure and thrust. It also helped satisfy the requirements the booster has to achieve for certification by the U.S. Air Force.

GEM 63, like the AJ60A before it, will be strapped in varying numbers to the Atlas V’s first stage. These new solid rocket motors will provide the additional thrust required for Atlas V missions and as many of five can be integrated onto the vehicle.

Each GEM 63 is capable of adding about 373,000 pounds (1,660 kilonewtons) of thrust. If the booster’s testing goes as it is currently planned, the first launch using the motors could take place as early as 2020.

In conjunction with its preparations to have the GEM 63 support Atlas V missions, Northrop Grumman is also preparing the GEM 63XL for use on United Launch Alliance’s new Vulcan Centaur rocket. Both the 63 and 63XL are produced using the same materials in an effort to produce a “high-reliability, low-cost product.”

“This test is an important step in the development of these new boosters for the Atlas V launch vehicle and we thank Northrop Grumman for the continued partnership and outstanding teamwork,” Tory Bruno, ULA’s president and CEO, said via a release. “By flying key hardware first on our Atlas V rocket prior to flying it on our Vulcan Centaur rocket, it provides increased confidence for the first flight of our new rocket in 2021.”

In September of 2015 United Launch Alliance (ULA) announced it would cease using Aerojet Rocketdyne’s AJ60A solid rocket boosters. The Colorado-based company decided to switch to Northrop Grumman’s. ULA stated via a news release that the company had selected the GEM 63 and 63XL for use on the Atlas V and Vulcan as they would “significantly lower the price to ULA and to the U.S. government.”