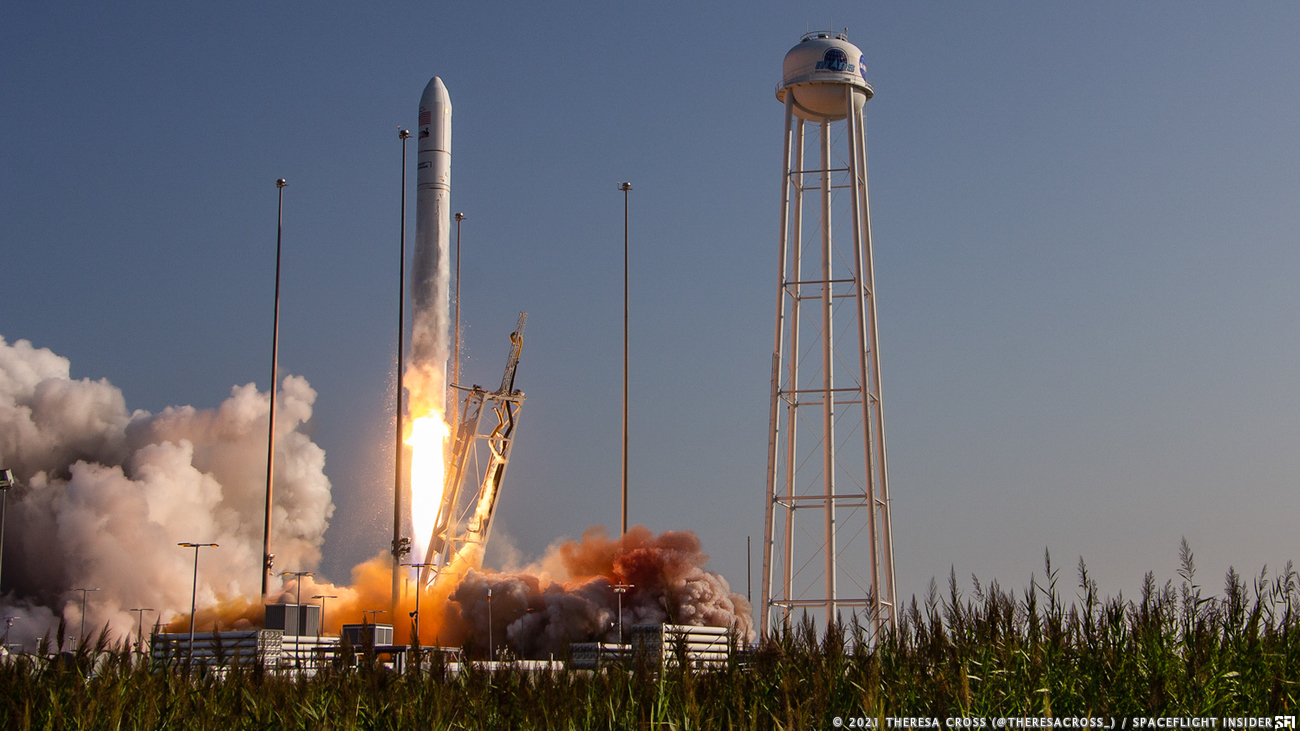 The Antares rocket with the NG-16 Cygnus spacecraft lifts off pad 0A on Wallops Island, Virginia, to begin its journey to the International Space Station. Credit: Theresa Cross / Spaceflight Insider 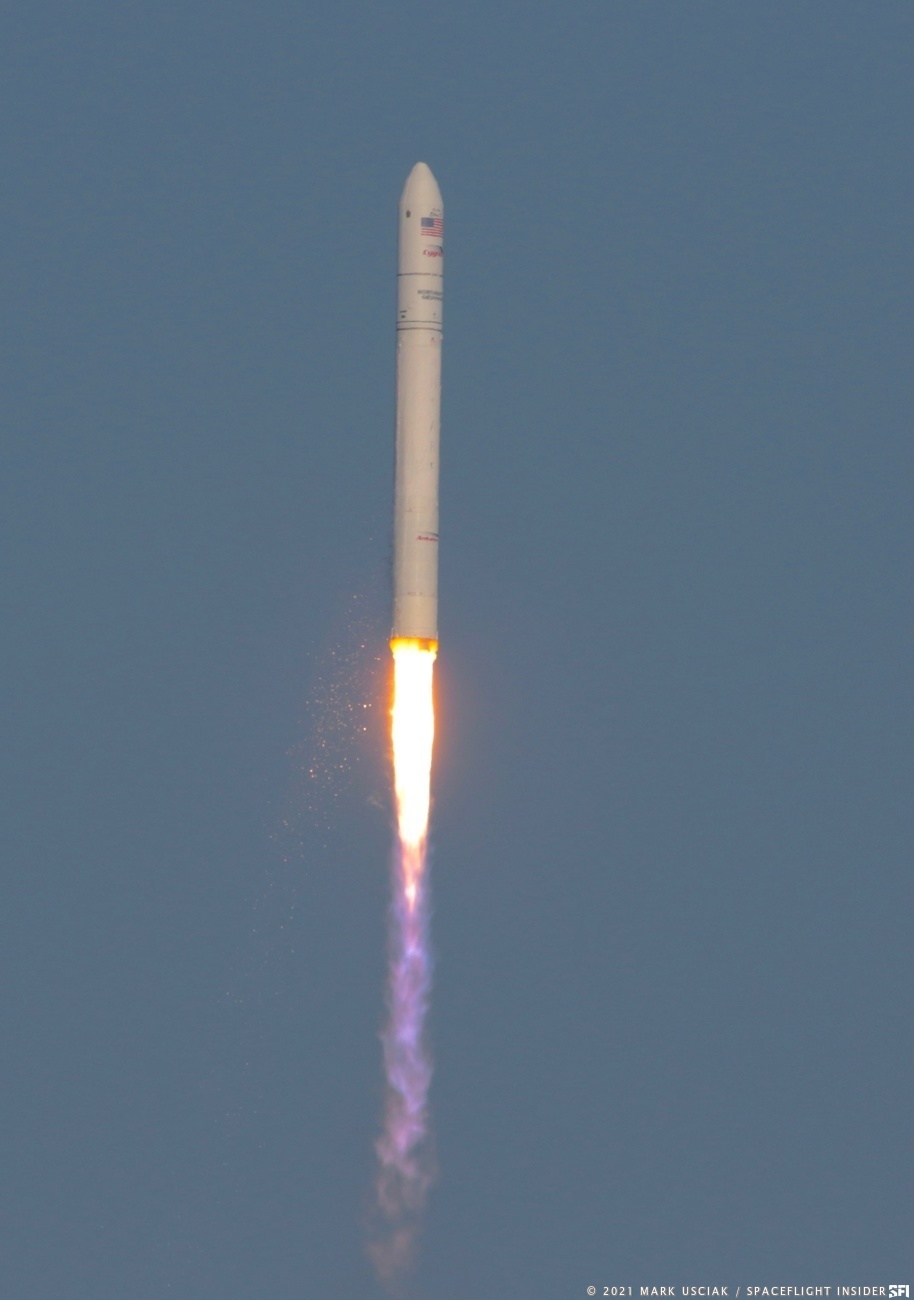 The spacecraft, with 8,200 pounds (7,300 kilograms) of equipment and science, is slated to rendezvous with the orbiting laboratory on Aug. 12.

Onizuka’s second flight was aboard the ill-fated STS-51-L space shuttle Challenger mission, which broke apart 73 seconds after liftoff, killing him and his six crew mates.

This resupply mission is the 16th overall by the spacecraft and the fifth for Northrop Grumman under NASA’s second Commercial Resupply Services contract, CRS2.

NG-16 Cygnus is set to deliver food, fuel and other supplies, including station upgrade hardware, to the International Space Station.

After spending about a day and a half in orbit around Earth, the Cygnus spacecraft is set to rendezvous with the ISS in the early-morning hours of Aug. 12 where it is expected to position itself some 30 feet (about 10 meters) beneath the Destiny Laboratory module.

From there the robotic Canadarm2 remote manipulator system, under the control of NASA astronaut and ISS Expedition 65 Flight Engineer Megan McArthur, will capture the spacecraft at about 6:10 a.m. EDT (10:10 UTC).

Over the course of several hours, it’ll be remotely maneuvered by ground-based teams to its berthing location at the Earth-facing port of the Unity module where it will remain until November.

Resupply missions to the International Space Station from the United States are important as it significantly increases NASA’s ability to perform critical scientific research and investigations off Earth. 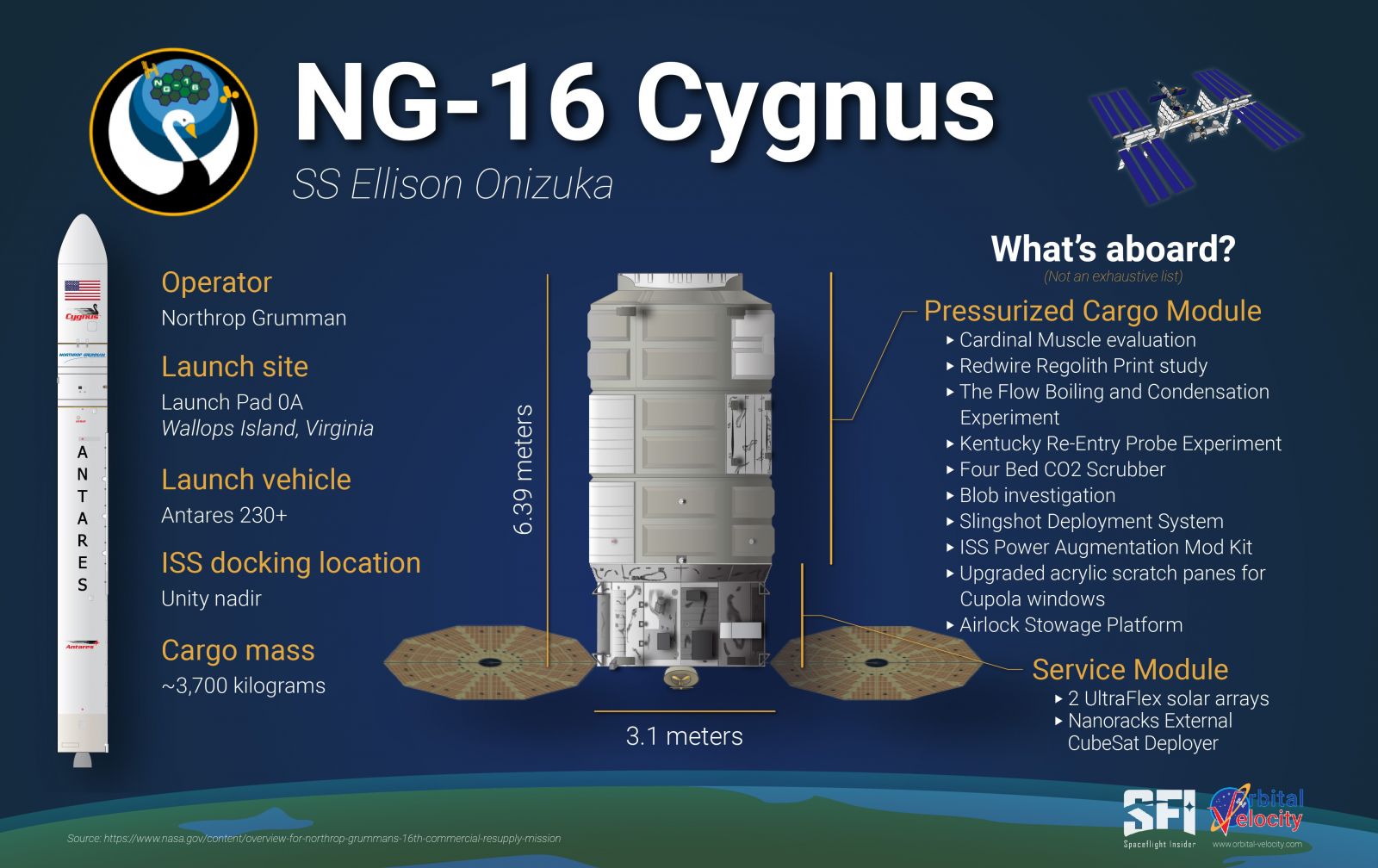 For this mission, NG-16 Cygnus is set to deliver experiments that include 3D printing with simulated regolith (rock, dust and other loose material on the ground of places like the Moon and Mars), specifically-engineered human tissue to assist with studying muscle loss and algae experiments analyzing the growth of slime mold — all while orbiting planet Earth at a speed of some 17,500 mph (28,100 kilometers per hour) aboard the International Space Station.

Cygnus is also carrying a new bracket to mount on the side of the station’s backbone truss that astronauts are expected to install during a spacewalk planned for later this month that will enable the installation of one of the next pair of new solar arrays.