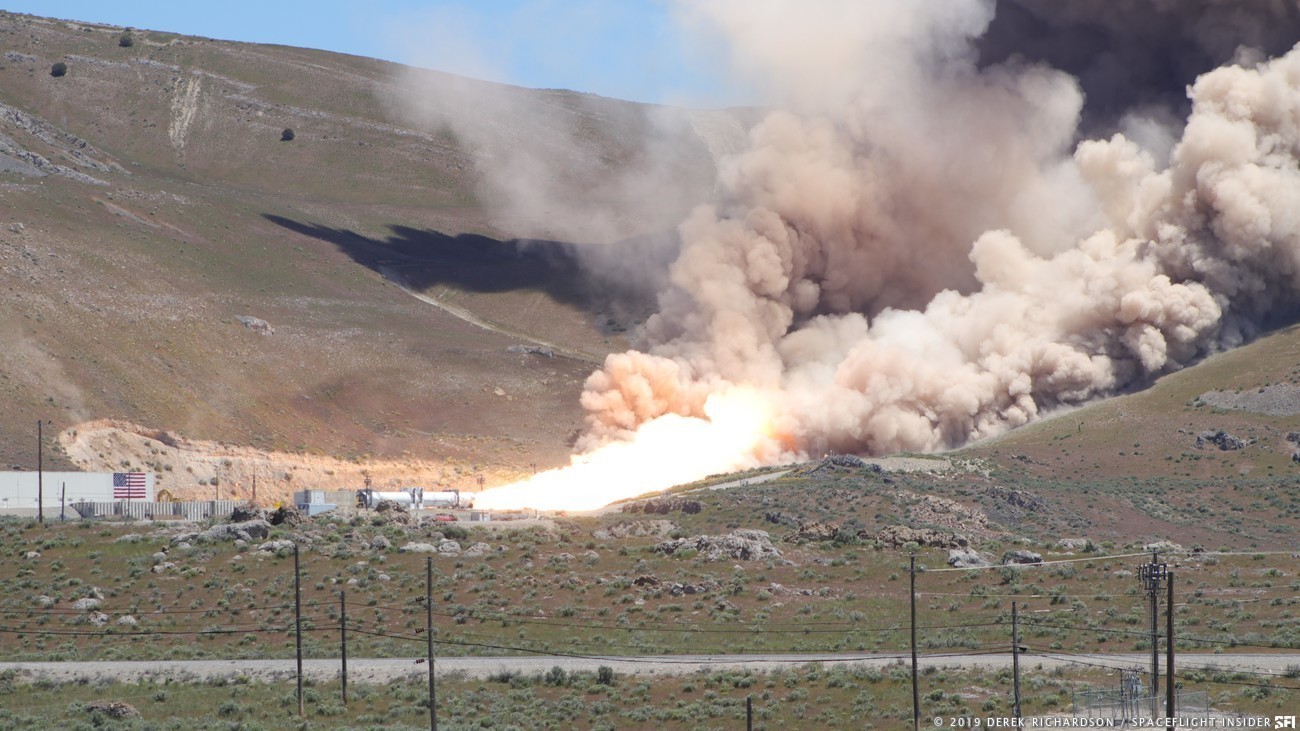 PROMONTORY, Utah — During the first static fire test for Northrop Grumman’s OmegA first stage, debris could be seen coming away from the nozzle section of the booster.

This test, which occurred at 1:05 p.m. MDT (19:05 GMT) May 30, 2019, at Northrop Grumman’s Utah facility, was the first full-scale static fire test for the rocket, which the company plans to qualify by 2021 to launch national security payloads into orbit for the U.S. military. 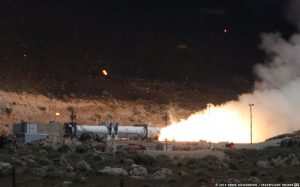 Near the end of the 122-second test, the aft exit cone of the nozzle broke apart, causing debris to fly toward the forward end of the booster. Photo Credit: Derek Richardson / SpaceFlight Insider

The booster fired for about two minutes before burning out. According to Northrop Grumman, the test was successful other than the noted observation with the aft exit cone of the nozzle near the end of its burn time.

“This is why you test,” said Kent Rominger, Northrop Grumman’s vice president of Strategic Programs. “It identified something that we find out when we have 700 channels of data on the motor. We will go dig into this data and see what it tells us.”

Rominger did not speculate as to the cause of the anomaly, stressing that engineers would need to go over the data to get a better idea of what may have happened.

According to Northrop Grumman, the OmegA rocket is built on a multitude of “flight proven” technologies ranging from the RL10 engine to hardware the size of the Space Shuttle and Space Launch System solid rocket booster segments.

However, Rominger did say that the nozzle design between OmegA and SLS had “distinct” differences.

Ultimately, the initial flight configuration of OmegA is expected to include a Castor 600 solid rocket motor, a Castor 300 second stage and a dual-engine cryogenic third stage. 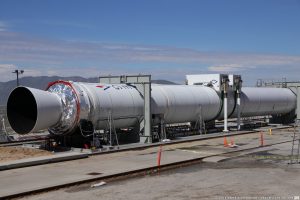 For this test, the Castor 600 first stage utilized the same equipment that was used for the Space Shuttle and Space Launch System solid rocket boosters. As such, the much-shorter booster required several gap segments to span the whole test mount.

Overall, the Castor 600 is 12 feet (3.7 meters) wide and 80 feet (24.4 meters) long. It consists of two common booster segments that were designed specifically for the OmegA program, but with “roots in the strong heritage of Northrop Grumman’s large-diameter solid rocket booster and composite technology.”

The common booster segments comprise the first and second stages with each made of a carbon fiber casing.

Once ignited, the Castor 600, which contains more than 600,000 pounds (273,000 kilograms) of propellant, produced more than 2 million pounds (8,900 kilonewtons) of force. According to Northrop Grumman, the next steps will be to disassemble the stage and begin dissecting and inspecting the casing and the data from the more than 700 instrumentation channels. 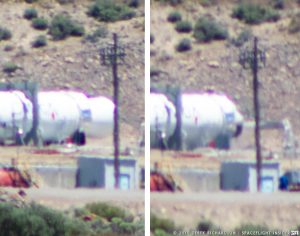 A comparison of the Castor 600 solid rocket motor nozzle before and after the static fire test. Photo Credit: Derek Richardson / SpaceFlight Insider

Aside from evaluating today’s test data, the next major milestone in OmegA development is expected to be the static fire test of the Castor 300 second stage. That hot fire test is currently scheduled for sometime in the fall and it will involve the booster being chilled to 40 degrees Fahrenheit (4 degrees Celsius).

In 2021, the company anticipates having two certification launches before flying national security payloads by 2022.

Rominger said Northrop Grumman began working with the U.S. Air Force about four years ago to begin working on a way to phase out the use of Russian-built RD-180 engines, which are utilized on the Atlas V rocket, for national security missions.

In fact, according to Northrop Grumman, the Air Force awarded the company a $792 million contract to complete design and verification of the rocket and its launch sites.

“In the first schedule we put together, we said we would test our first stage in May of 2019,” Rominger said. “So for me, it’s a huge success four years after the fact to be sitting here after a successful test of our Castor 600.”

That will buff out. I got a guy.

Burning has passed normally … I hope you will examine the anomalies in welding material and technology, and the quality of the exhaust manifold.
Rocket fan