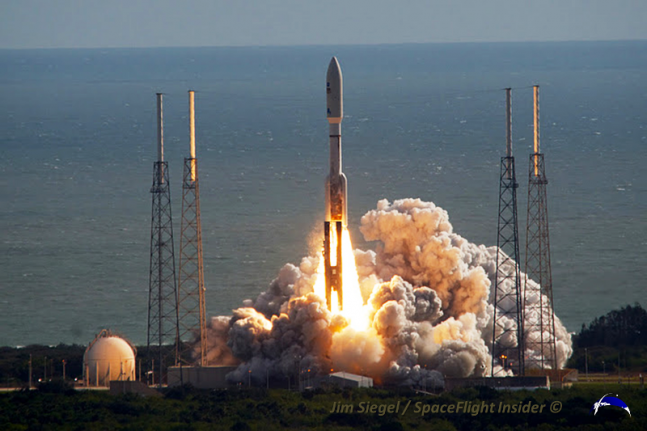 NASA’s next-generation mission to explore the Sun, Solar Orbiter, will be launched in July 2017 using an Atlas V rocket, it was announced yesterday. The rocket will be provided by the United Launch Alliance (ULA), which was awarded the United Launch Services contract after a competitive procurement which selected ULA from several possible launch providers.

“We are honored that NASA has selected ULA to provide the launch service for this exciting science mission,” said Jim Sponnick, ULA’s vice president of Atlas and Delta Programs. “ULA has enjoyed a strong partnership with NASA and our highly reliable Atlas V vehicle has successfully launched numerous missions including Pluto New Horizons, Juno, Mars Science Lab and most recently the Maven mission to Mars.” The Solar Orbiter mission, a collaboration between the European Space Agency (ESA) and NASA, will study the Sun including the outer atmosphere and polar regions. It will examine the Sun’s outer atmosphere using high spatial resolution lenses and then combine that data with observations of the immediate environment surrounding the spacecraft.

The mission is estimated to cost approximately $172.7 million, which includes launch service, spacecraft processing, payload integration, tracking, data and telemetry and other launch support requirements. It will be launched on an Atlas V 411 Evolved Expendable Launch Vehicle (EELV) from Space Launch Complex 41 at Cape Canaveral Air Force Station in Florida.

Solar Orbiter is also the first medium-class mission of the European Space Agency’s Cosmic Vision 2015-2025 program, which will look for answers to a wide range of questions, including the development of planets and the emergence of life, how the solar system works, the origins of the universe, and the fundamental physics at work in the universe.