Synthetic DNA could help in search for extraterrestrial life 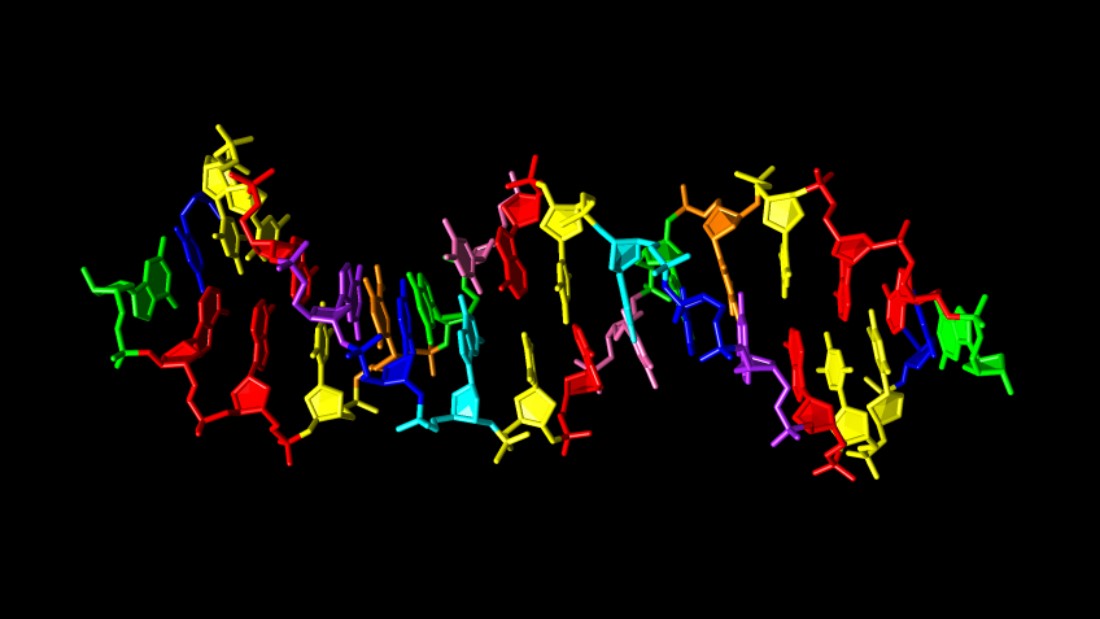 An illustration of “Hachimoji DNA,” a new synthetic DNA molecule that could help scientists understand what to look for in the search for life on other worlds. The green, red blue and yellow colors represent the traditional nucleotides while cyan, pink, purple and orange represents the newly ones. Image Credit: Indiana University School of Medicine

A NASA-funded research endeavor has made a breakthrough in the methods in which life on other planets might be discovered, the U.S. space agency said.

According to NASA, a new synthetic molecule has been identified and created that resembles the basic structure and function of a DNA molecule. While “regular” DNA contains the four basic informational ingredients for life—adenine, cytosine, guanine, and thymine—this new synthetic molecule contains these same four structures, as well as four additional nucleotides that can transfer and store information much in the same way.

The idea is for scientists to create new ways in which to identify life on distant planets and solar systems that measured beyond the traditional double-helix DNA structure.

While this synthetic structure, which NASA says is not a new life form, still resembles the same double-helix as regular DNA, its genetic make-up gives scientists far more options for looking for and discovering life beyond Earth.

Scientists at the Foundation for Applied Molecular Evolution in Florida have created what they call the “Hachimoji DNA,” which translates to “eight letters” in Japanese. This is due in part to the unique structure of the synthetic molecule being made up of eight nucleotides.

The project was spearheaded by Steven Benner in conjunction with scientists and laboratories from Indiana University and the University of Texas in Austin, as well as well as DNA Software in Ann Arbor, Michigan. These scientists and institutions were tasked with finding new ways to observe life on foreign objects, or in this case, distant planets. The idea then became to replicate this synthetic article here on Earth.

“Incorporating a broader understanding of what is possible in our instrument design and mission concepts will result in a more inclusive and, therefore, more effective search for life beyond Earth,” Mary Voytek, senior astrobiology scientist for NASA, said in a news release.