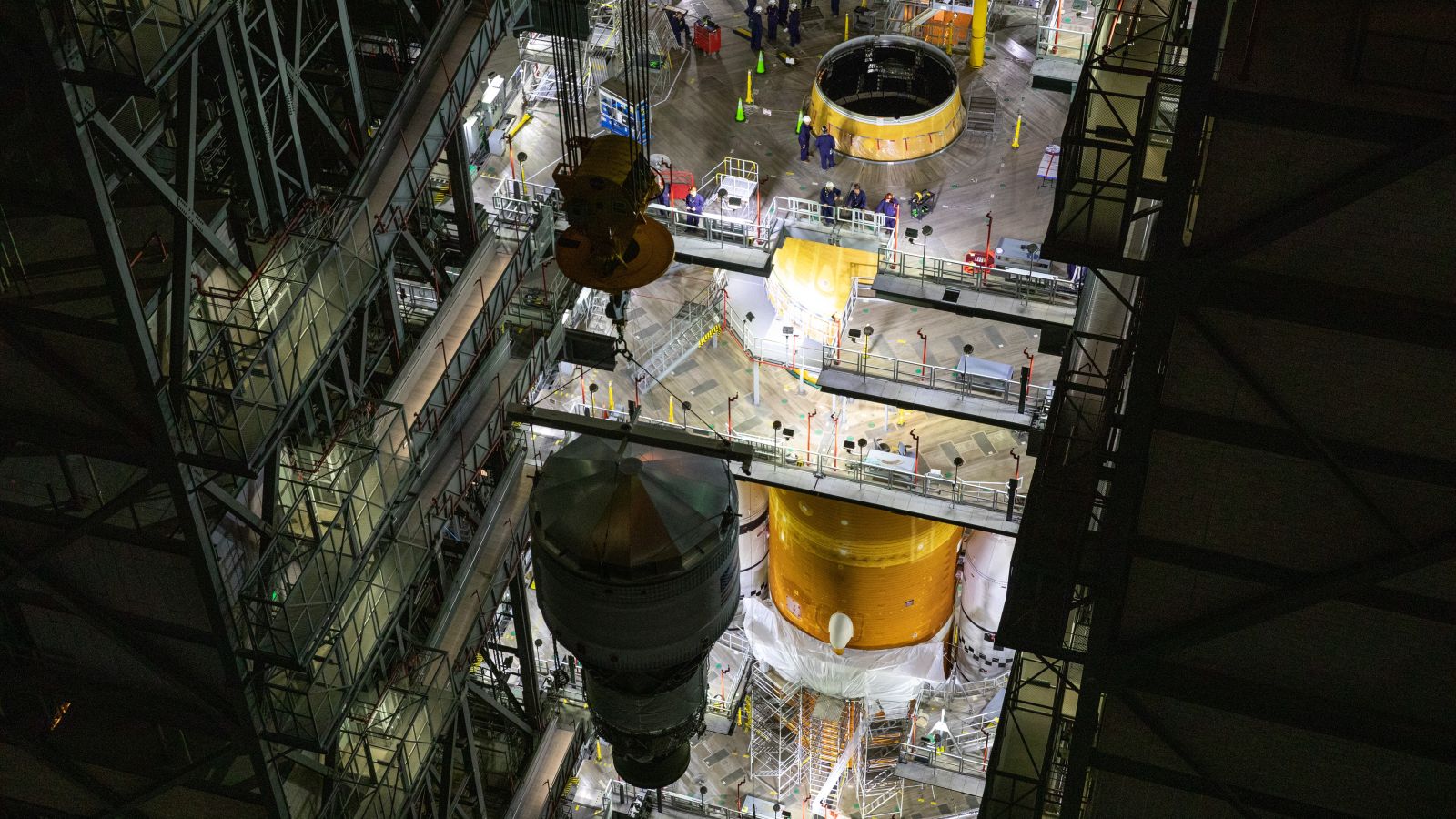 The ICPS for the Artemis 1 Space Launch System rocket was stacked on July 5, 2021. Credit: NASA

On June 22, 2021, NASA’s Exploration Ground Systems engineers mated the Launch Vehicle Stage Adapter, or LVSA, to the top of the Core stage of the Artemis 1 rocket in High Bay 3. The core stage itself was stacked between twin five-segment solid rocket boosters in mid-June. Then on July 5, the Interim Cryogenic Propulsion Stage, or ICPS, was added to the stack.

The LVSA is a cone-shaped adapter with a height of around 30 feet (9 meters) tall with a maximum diameter of 27.6 feet (8.4 meters). The diameter of the smaller side is 16.8 feet (5.1 meters). This adapter was built by Teledyne Brown in Huntsville, Alabama, and houses the ICPS’s RL10B-2 engine. The job of the ICPS is to propel the uncrewed Orion spacecraft once it separates from the adapter in low Earth orbit on its flight to the Moon for the Artemis 1 test mission, currently expected no earlier than November 2021. 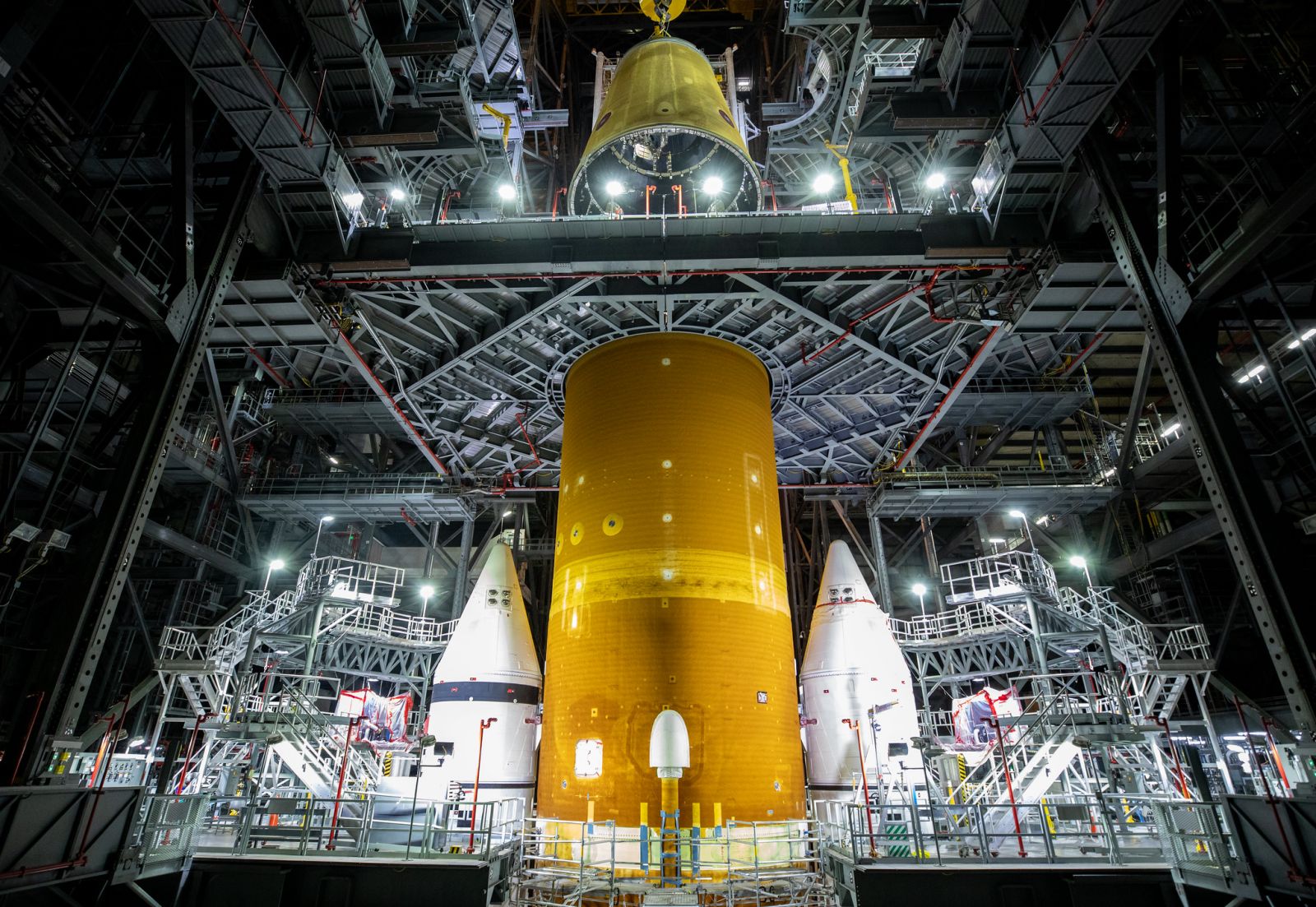 The LVSA was added to the Space Launch System stack on June 22, 2021. Credit: NASA

The Interim Cryogenic Propulsion Stage is a modified and upgraded version used on the Delta Cryogenic Second Stage used by United Launch Alliance on its Delta IV rockets. The RL10B-2 rocket engine will be the engine that’s actually used on the ICPS to propel the Orion spacecraft on its journey to the Moon before the capsule separates and continues under its own power.

“Boeing’s Delta Cryogenic Second Stage will need relatively minor modifications to be fully compliant with SLS requirements, which will keep us on schedule for the first two flights,” said Chris Calfee, ICPS project manager at NASA’s Marshall Space Flight Center in Huntsville, Alabama, in an interview when the ICPS was introduced.

It will be an autonomous flight from low Earth to a distant-retrograde lunar orbit to fully test it’s viability and safety for the crew members that are expected to ride the very next SLS rocket and Orion spacecraft on Artemis 2, which would be the first time humans have ventured into deep space since the final Apollo Moon landing, Apollo 17, in December of 1972. Artemis 2 is slated for no earlier than late 2023.