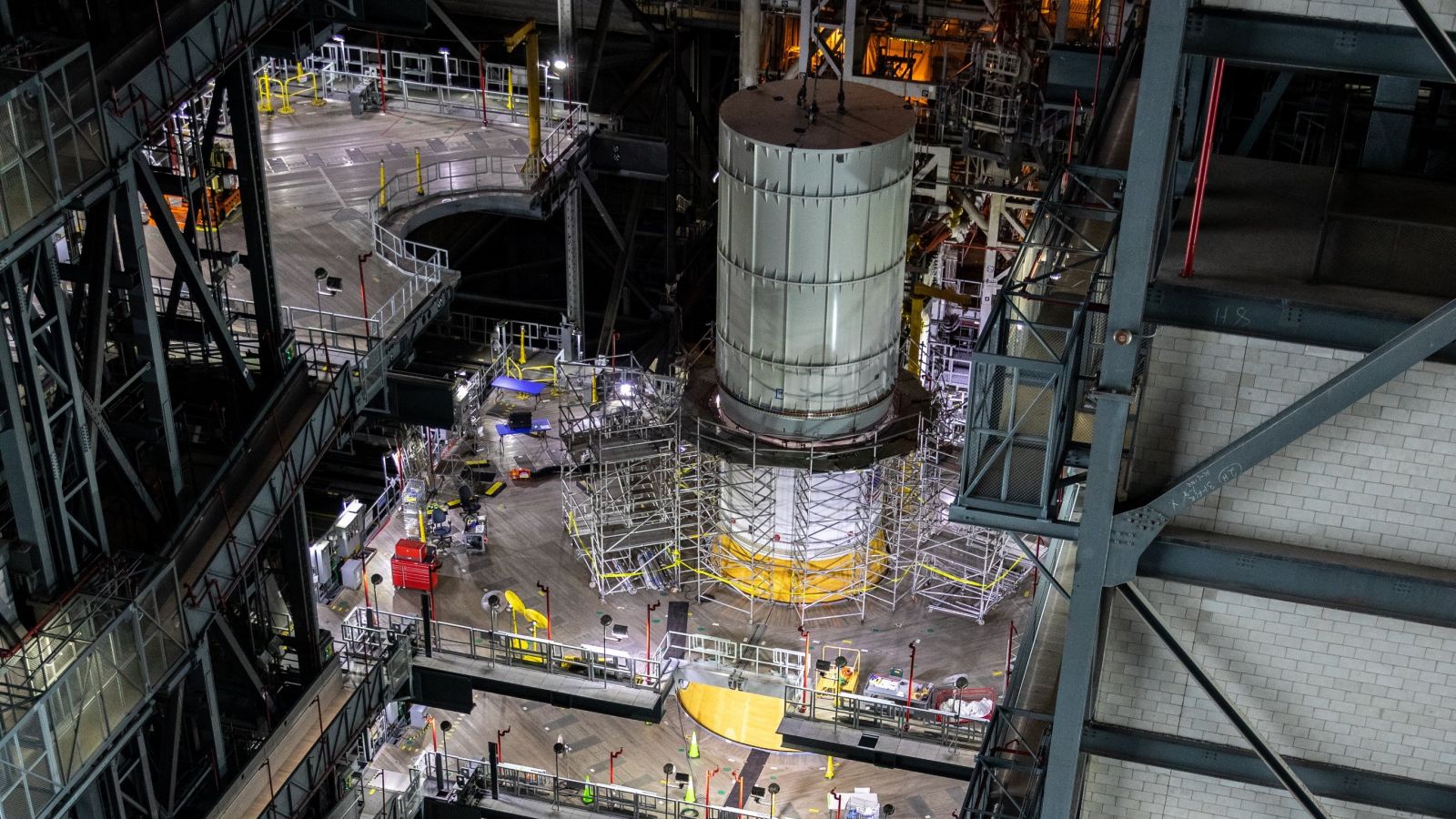 In preparation for its first flight, NASA’s Space Launch System is undergoing a series of vibrational and acoustic tests to ensure it is ready to navigate the harsh conditions of liftoff and aerodynamic forces during ascent.

When a spacecraft or launch vehicle begins its journey lifting off from the launch pad, it naturally experiences several levels of vibration from factors such as aerodynamic pressure, winds at altitude, and vibrations from the rocket’s own engines. The electronic guidance, navigation and control systems onboard the rocket are preprogrammed to account for these vibrations and inhibiting factors, but they must be able to discern the natural vibrations from the rocket and the ones coming from external forces in order to keep the vehicle on the proper alignment. 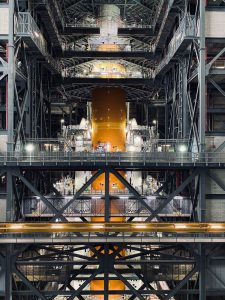 In order to ensure these electronic systems are fit to fly, they must first undergo modal testing on the ground before SLS is rolled to the launch pad.

“We will use the modal testing data for multiple purposes,” said SLS Chief Engineer John Blevins in a NASA news release on Aug. 19, 2021. “We will compare the physical results with what computer models predicted. The information will also be fed into the flight computers so when SLS is flying, the computers know which vibrations are natural to the rocket and which are caused by external forces. The computers will use that information to steer the rocket, ensuring it is placed in the right orbit and does not unnecessarily deplete its fuel by reacting to natural vibrations the rocket should ignore.”

According to NASA, more than 300 sensors were placed on the SLS rocket as well as the mobile launcher that will carry the vehicle to the launch pad.

The tests are expected to take place in 10-hour increments over several nights inside the Vehicle Assembly Building. An Orion mass simulator was placed on top of the vehicle to simulate the load forces SLS will experience once the real Orion and stage adapter are placed atop the rocket, which is slated to occur in September or October.

“We will use the data collected from the modal sensors to cross-check, update, and validate the integrated SLS structural dynamic math models, which then provides confirmation and confidence of the vehicle design for guidance, navigation, control and loads during launch,” said Liliana Villarreal, operations flow manager for NASA’s Exploration Ground Systems. “Bottom line: This test will help ensure we are ready to fly and safely navigate the atmospheric road to the stars.”

Additional tests will continue to take place all the way out to rollout of the SLS rocket for its wet dress rehearsal, which will see the vehicle fueled in a simulated countdown up until a few minutes before the engines would ignite.

For the wet dress rehearsal, however, the engines won’t ignite.

After the test, the vehicle will be returned to the Vehicle Assembly Building to be prepared for the Artemis 1 launch.

Publicly, NASA is still aiming for the end of 2021 to launch Artemis 1. However, there are reports that the flight date could slip into the first part of 2022.