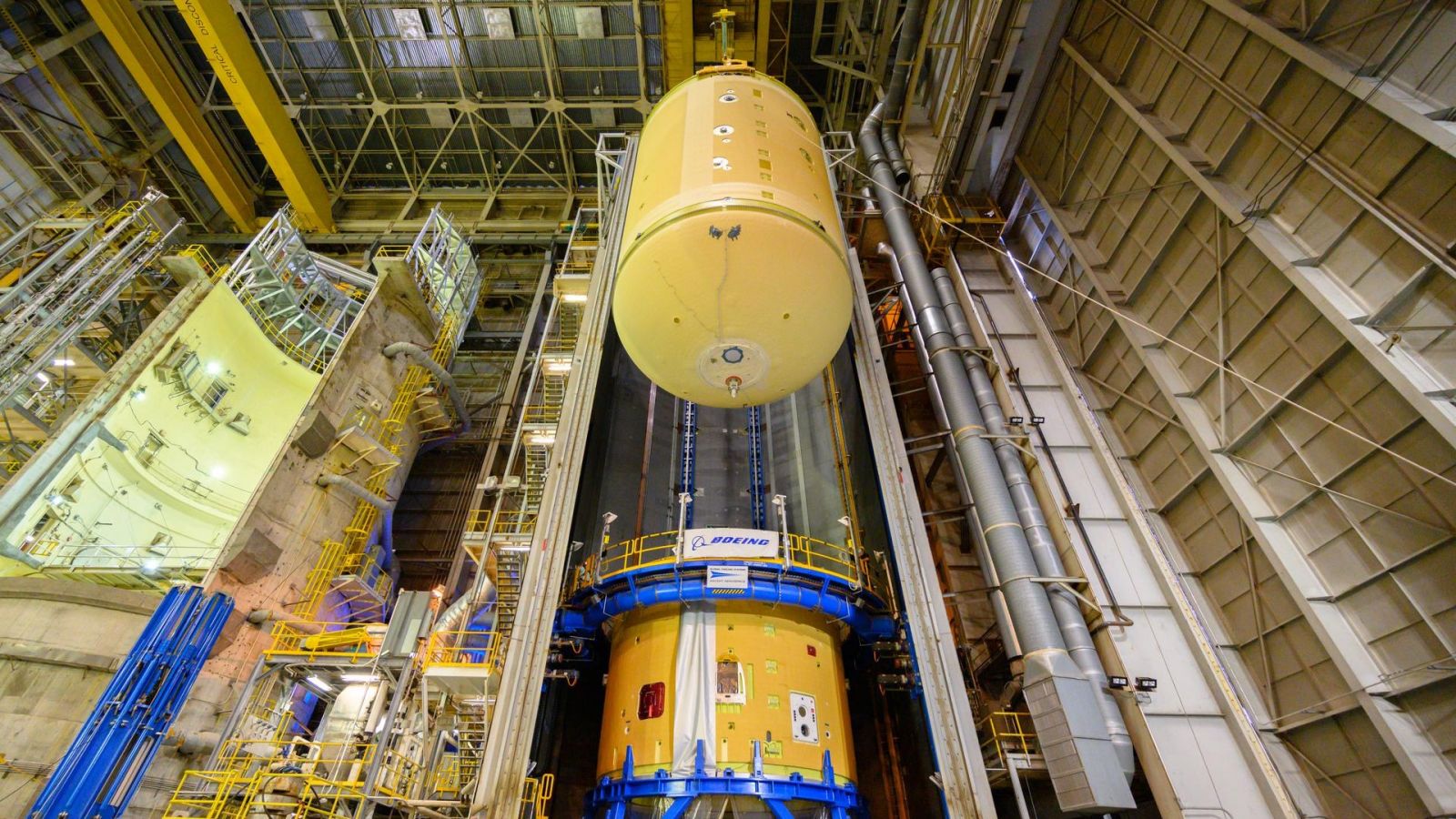 Teams at NASA’s Michoud Assembly Facility in New Orleans have begun assembling the core stage for the second Space Launch System rocket, which aims to send people around the Moon in 2023.

While the first Space Launch System core stage is being prepared for the Artemis 1 mission, slated for launch as early as later this year at NASA’s Kennedy Space Center in Florida, the Artemis 2 SLS core stage is nearing the completion of a major process at Michoud known as the “forward join.”

It may not sound like much, but the forward join is the process in which the intertank, forward skirt and liquid oxygen are assembled and put together.

According to a May 18, 2021, release, NASA said the interstage and liquid oxygen tank were stacked April 28, 2021, while the forward skirt is expected to be joined later.

Visually, this marks one of the most significant processes in the core’s assembly. At about 66 feet (20 meters), this section is only a part of the full 212-foot-tall (65-meter-tall) stage, which will include a liquid hydrogen tank and engine assembly with four RS-25 engines. 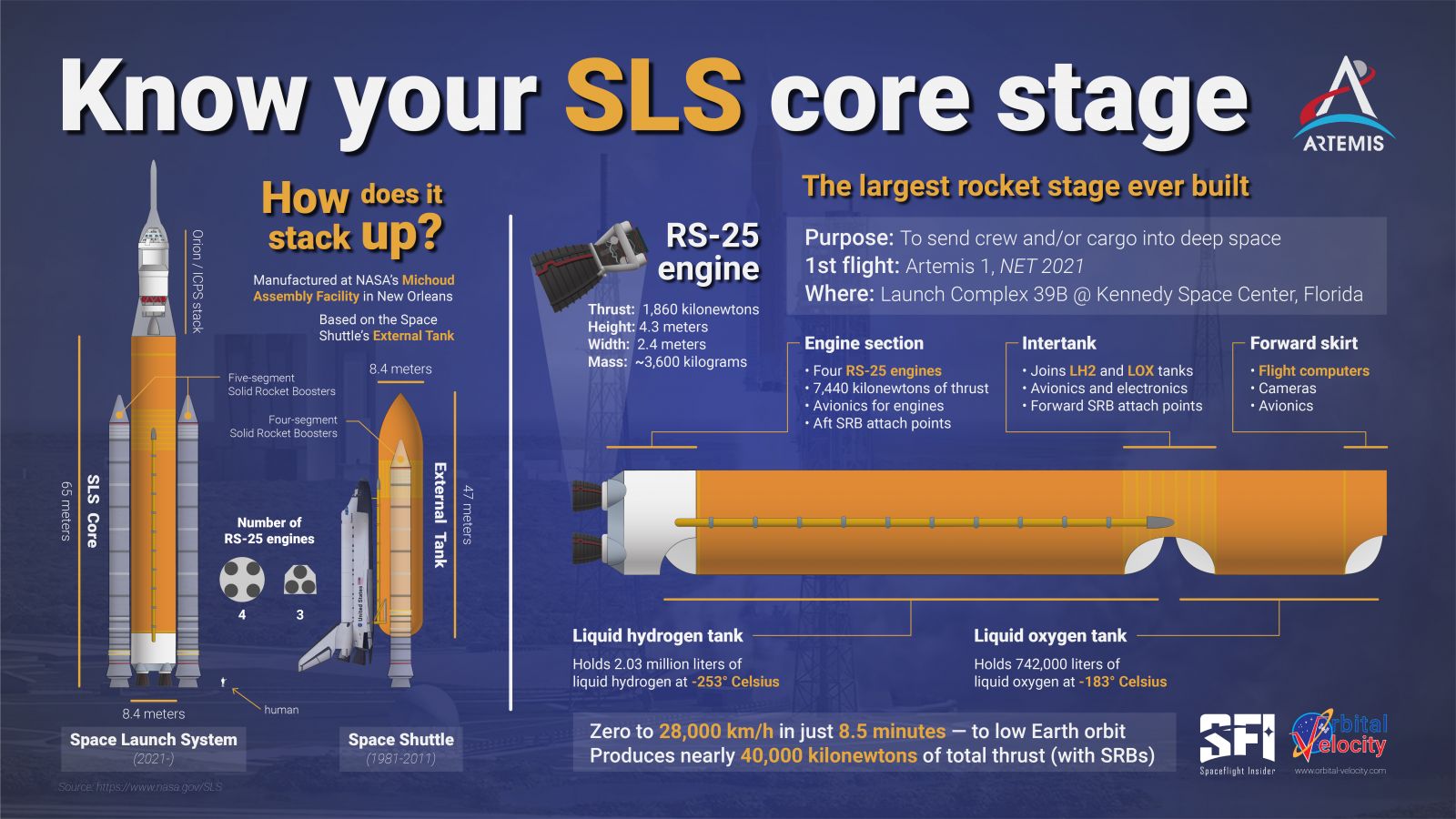 Between the two cryogenic fuel tanks, the core can contain 733,000 gallons (2.77 million liters) of propellant. Together with two five-segment solid rocket boosters, the Block 1 SLS is expected to have a liftoff thrust of about 8.8 million pounds to send an Interim Cryogenic Propulsion Stage and an Orion spacecraft into space.

For the Artemis 2 mission, anticipated to occur no earlier than 2023, four astronauts (three Americans and one Canadian) are expected to fly a roughly 10-day mission, which is slated to include a weeklong free-return trajectory around the Moon — the first human mission beyond low Earth orbit in more than 50 years.

This flight is designed to verify rendezvous and communications systems in a high Earth orbit before the Orion spacecraft is expected to use its own engines to perform the trans-lunar injection burn. After four days, the crew should fly some 4,600 miles (7,400 kilometers) beyond the Moon on its far side.

If the mission proves to be successful, it is expected to pave the way for Artemis 3, the first mission to return astronauts to the surface of the Moon since 1972.