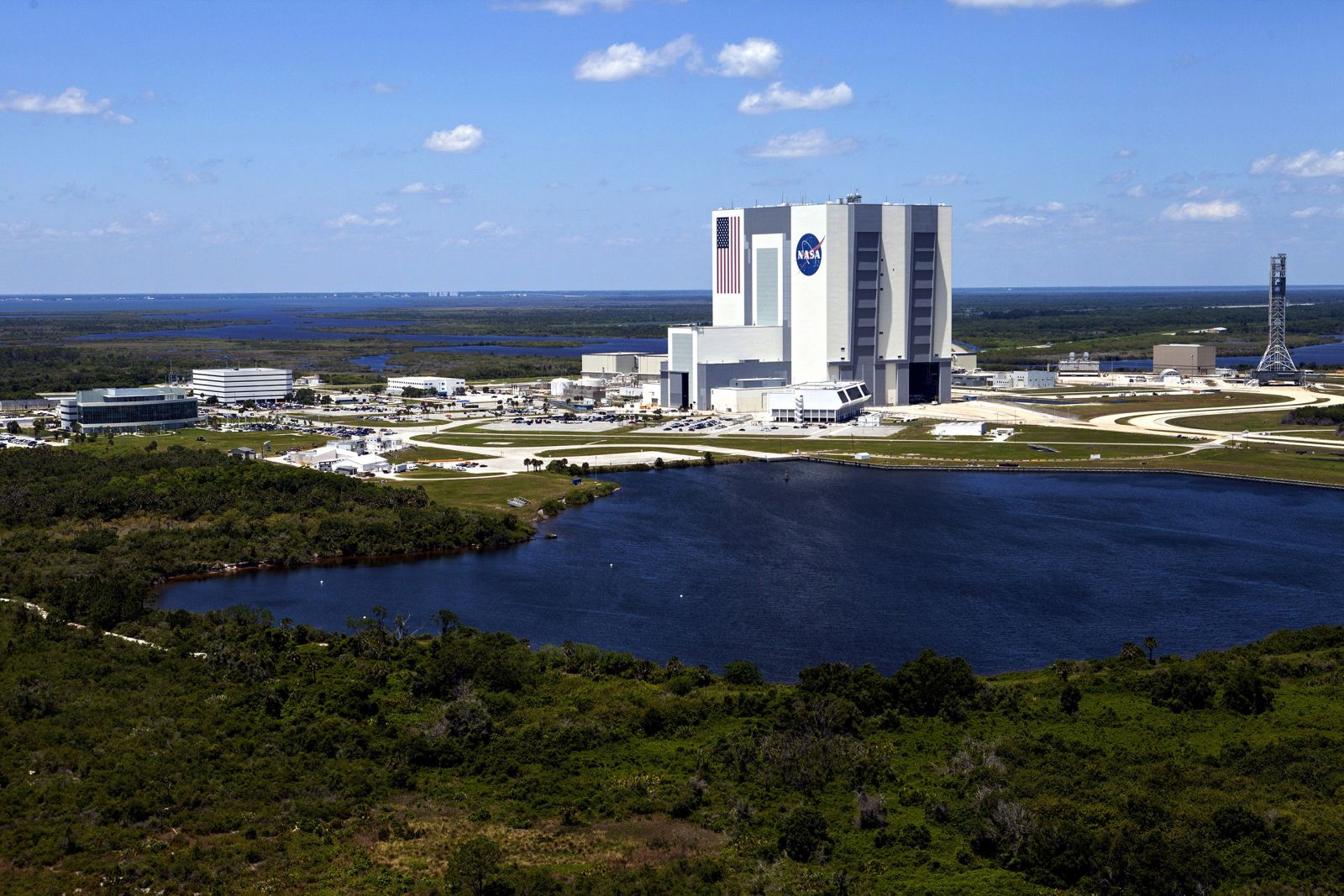 With no sign that it will be resolved soon, the ongoing partial U.S. government shutdown looks to continue well into the first days or weeks of 2019. As such, it is having wide-reaching effects on NASA’s operations.

The shutdown started at midnight EST (05:00 GMT) on Dec. 22, 2018, when a continuing resolution to fund a large portion of discretionary spending in the federal government lapsed. A new resolution was not agreed upon by the Senate, House of Representatives and the President because of disagreements over funding regarding a border wall across the U.S.-Mexico border. 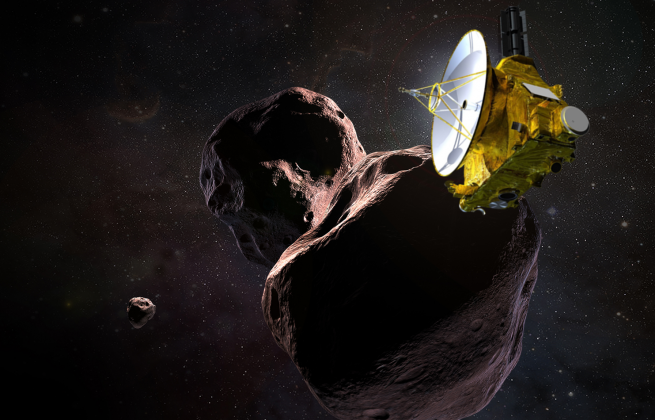 Regardless of when the shutdown comes to a conclusion, there are certain “essential” activities across the government, including NASA, that will still go on, despite the lapse in funding.

For example, on New Year’s Day 2019, NASA’s New Horizons spacecraft will fly by Ultima Thule, a Kuiper Belt object and the most-distant object ever explored. Those involved with the mission will certainly be at their consoles waiting for signals and data to return.

What was unclear, however, was whether the general public would be able to watch live as public relations isn’t typically deemed “essential.”

Initially NASA TV expected to cover the historic event and the Johns Hopkins Applied Physics Laboratory had planned to provide its own broadcast. However, on the evening of Dec. 27, NASA Administrator Jim Bridenstine tweeted that coverage was “forward funded” and would proceed as originally planned.

Another mission, NASA’s OSIRIS-REx spacecraft, is also slated to perform a major milestone on New Year’s Eve. The probe is set to conduct maneuvers in order to enter into orbit around the asteroid Bennu.

Much like New Horizons, there were initially issues with providing live coverage of the event and the University of Arizona, the mission’s principle investigator, was prepared to provide its own broadcast.

However, Bridenstine’s tweet also stated that NASA TV would be providing coverage of that event.

An image of asteroid Bennu as the OSIRIS-REX spacecraft passed over its north pole on Dec. 4, 2018. The spacecraft is set to go into orbit around the body on Dec. 31. Photo Credit: NASA / Goddard / University of Arizona

At NASA’s Johnson Space Center, International Space Station operations have felt little impact by the shutdown. The 200 JSC employees that control the station and are helping to keep the three-person Expedition 58 crew alive – are deemed essential personnel. However, the other 2,900 employees at the center have been furloughed.

The Kennedy Space Center Visitor Complex has experienced minimal impact as a result of the shutdown as it is operated by the Delaware North corporation and not supported by government funding. However, all special interest tours have been canceled and will remain so until the shutdown ends. 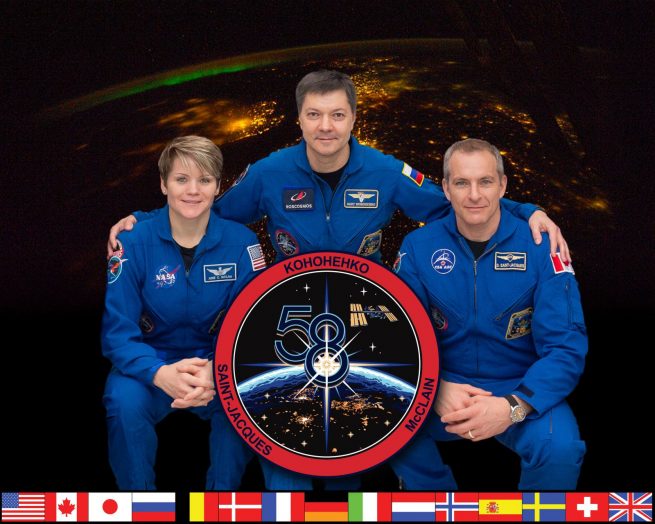 Additionally, the lapse in funding has also impacted NASA’s ability to distribute photos to the media and public.

According to an email sent by NASA’s Bill Ingalls, the agency will not be using its distribution list or the NASA Photo Twitter account to distribute photos. All photos of the New Horizons event are expected to be posted to NASA’s Flickr account, where they will be accessible to the media and public.

There could, however, be some longer-lasting effects caused by the shutdown.

Wayne Hale, a former Space Shuttle Program manager and flight director who currently consults for Special Aerospace Services, tweeted on Dec. 22 that NASA civil servants reviewing safety items for commercial crew flights, such as SpaceX’s upcoming unpiloted Crew Dragon Demo-1 mission, are not allowed to work during the funding lapse. As such, he suggested there could be a delay for commercial crew flights.

Moreover, Russian news outlet RIA Novosti quoted a Russian industry source on Dec. 28, 2018, saying that the first Crew Dragon flight was postponed from its current target of Jan. 17, 2019, to the end of the month. The source did not specify the reason for the delay and this has not been confirmed by SpaceX or NASA.

Regardless, activity is continuing at Kennedy Space Center by SpaceX employees to ready the Demo-1 mission for flight. Hardware is at the company’s hangar at Launch Complex 39A and an integrated stack could be rolled out to the pad any day for fit checks and other testing. 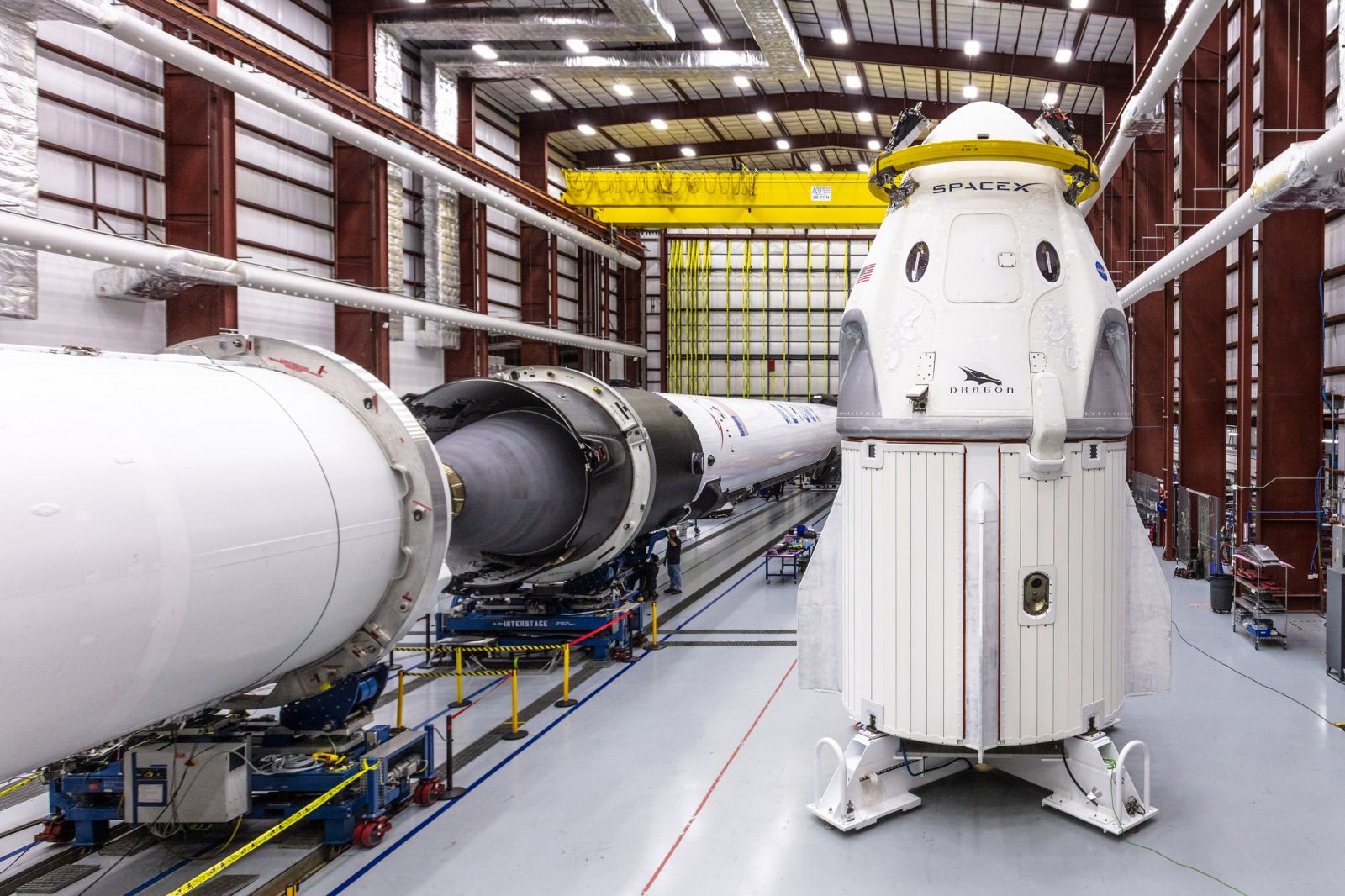 SpaceX’s Crew Dragon to be used on the Demo-1 mission sits in the company’s hangar at Launch Complex 39A. Photo Credit: SpaceX

It was a great pleassure and happyness these last days seeing Live your transmissions.Good Luck and a wonderful 2019 to NASA team, New Horizons team and all their parterners!