RS-25 engine goes through another test 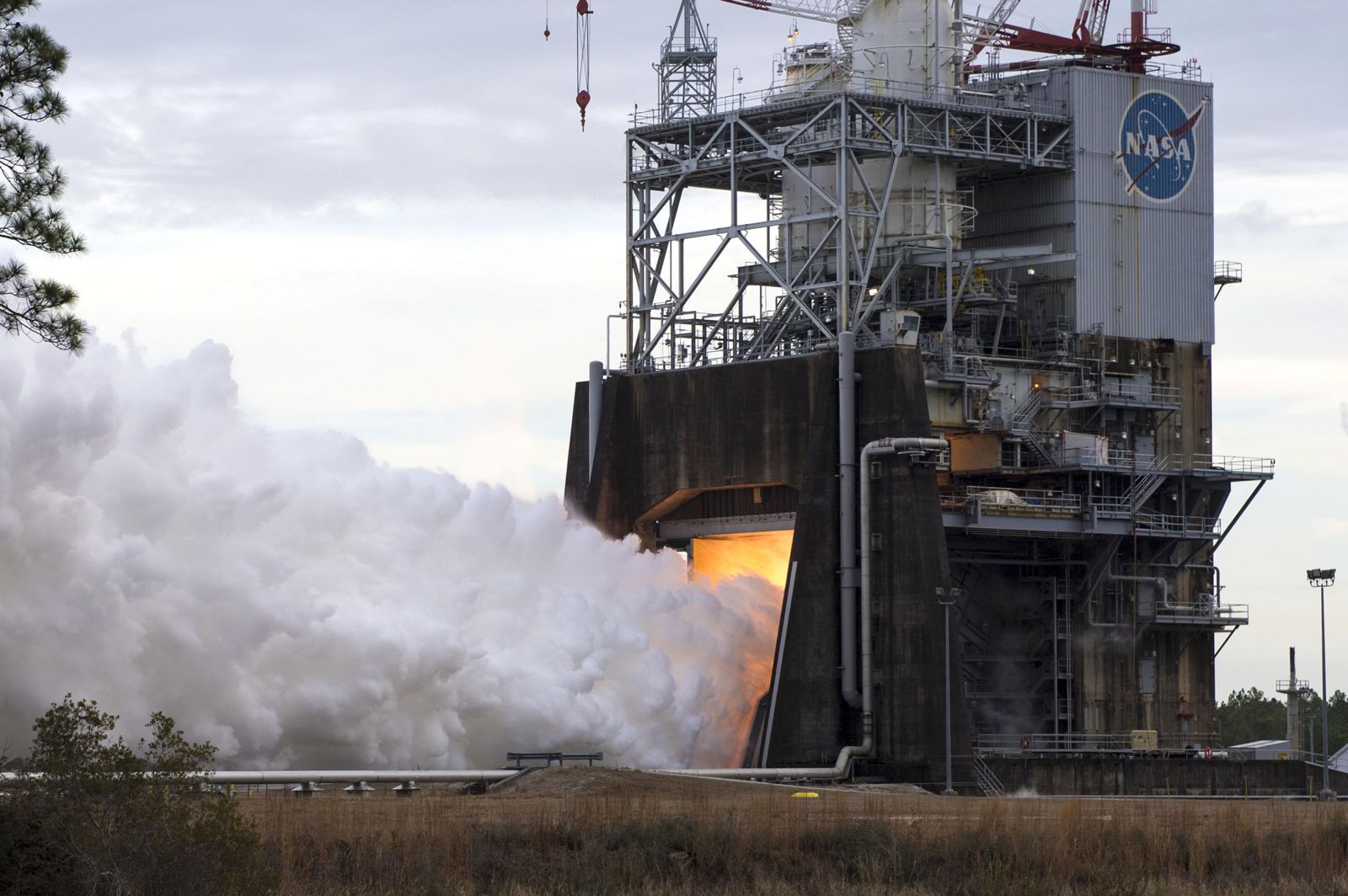 File photo of a previous RS-25 engine test. NASA plans to use the RS-25 on the first flights of the agency’s new Space Launch System. Photo Credit: NASA

Known as RS-25 engines, it was formerly called the Space Shuttle Main Engine. Its development began back in the 1960s to be a reusable engine. However, for its use on NASA’s Space Launch System (SLS) they will not be reused and will end up at the bottom of the Atlantic Ocean.

During their tenure with the Shuttle Program, the engines acquired a 99.95 percent success rate.

NASA had planned to use the engines as part of the now-cancelled Constellation Program. When the Ares V rocket was selected to continue as the re-dubbed SLS, the RS-25 was also spared (the announcement of such was made on Sept. 14, 2011) and continues to be tested.

“As we develop a new generation of RS-25 engines, ensuring they continue to remain reliable while reducing costs is a major focus at Aerojet Rocketdyne,” said Aerojet Rocketdyne CEO and president Eileen Drake in an August 2018 statement. “That’s why we’re working hard to drive down costs on the RS-25 by incorporating the most modern and efficient manufacturing techniques.”

For today’s firing, the roughly 8.5-minute test took place just before 4:30 p.m. EST (21:30 GMT) and its main purpose was to further evaluate the flight controller for the engine at a power level of 113 percent.

This comes after a Dec. 12, 2018, test was aborted after about 30 seconds. According to NASASpaceflight, a manual abort command was issued after an anomaly in the data was seen.