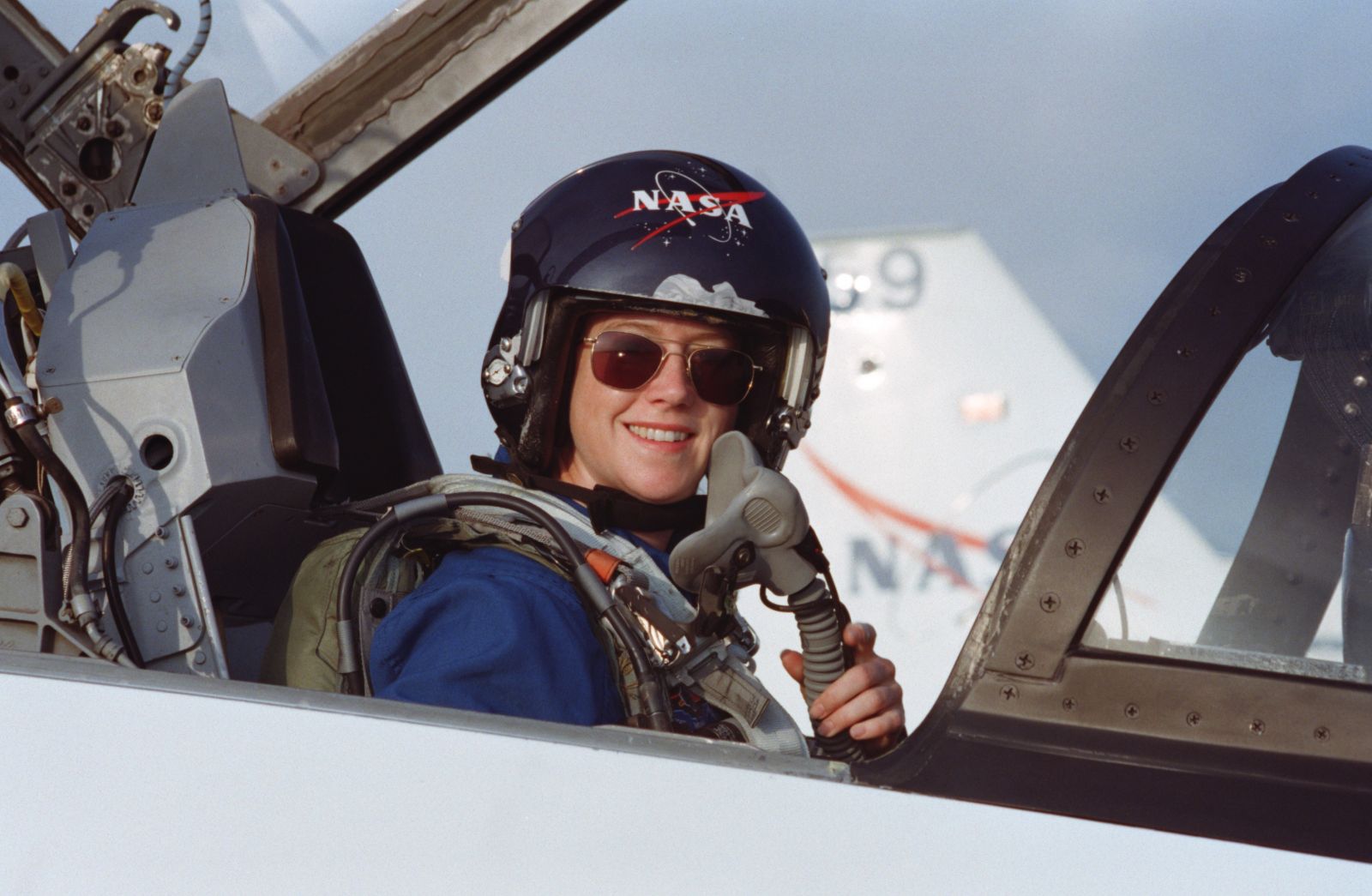 Pam Melroy sits in the forward station of a T-38 jet trainer in 2000 before joining other astronauts to train for her STS-92 mission to the International Space Station. Credit: NASA

Former NASA astronaut Pam Melroy was sworn-in as NASA’s 15th deputy administrator on June 21, 2021, at the agency’s headquarters in Washington.

Melroy’s swearing-in took place three days after she was confirmed via a voice vote by the U.S. Senate, June 17. She was nominated by President Joe Biden earlier in 2021 along with former U.S. Senator Bill Nelson, who was confirmed unanimously by the Senate on April 30. 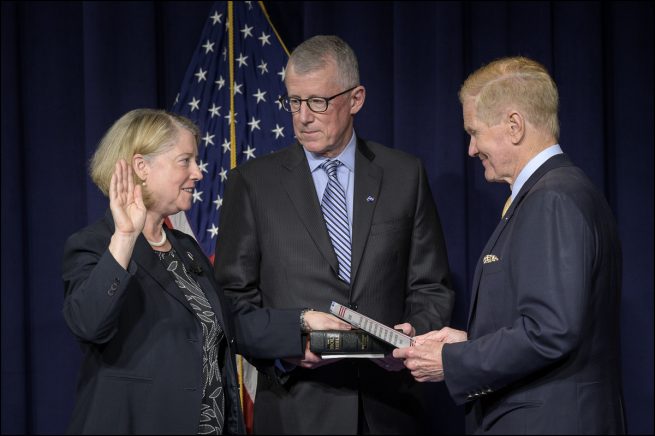 “It’s an honor to be confirmed by the Senate to serve as NASA deputy administrator, and I am humbled by President Biden and Vice President Harris’ confidence in me,” Melroy said in a June 17 NASA press release. “I look forward to returning to the NASA family and working with Administrator Nelson to ensure the United States continues to lead in space and beyond – exploring the wonders of the universe, expanding the Earth science research critical to combatting climate change, unlocking scientific discoveries that will change the world as we know it, and inspiring the next generation of discoverers and dreamers.”

Melroy, a retired Air Force colonel and a veteran of three NASA space shuttle missions: STS-92, STS-112 and STS-120. Over those flights, she accumulated more than 38 days in orbit, retiring from the U.S. space agency in 2009.

In 2011, Melroy joined the Federal Aviation Administration as a senior technical advisor and director of field operations for the Office of Commercial Space Transportation.

After leaving the FAA in 2013, she became the deputy director for the Tactical Technology office for the Defense Advanced Research Projects Agency, or DARPA. She left DARPA in 2017.

Before being selected as an astronaut in 1994, she served in the Air Force and has over 200 combat and combat support hours during Operation Just Cause and Operation Desert Storm in 1990 and 1991. 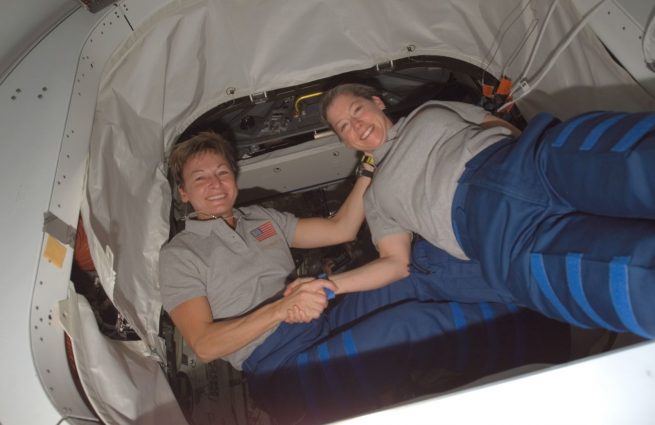 In 1991, she applied for the Air Force Test Pilot School before later being assigned to the C-17 Combined Test Force until being selected as a NASA astronaut.

Melroy started her NASA journey in 1994. After being selected for the U.S. space agency’s Astronaut Group 15, also known as “The Flying Escargot,” she completed a year’s worth of rigorous training and evaluation. Upon completion, she was assigned to flight status as pilot for the space shuttle program.

She was integral in helping NASA along with it’s international partners in all three of her shuttle missions by bring pieces of the International Space Station into orbit: the Z1 truss in 2000, the S1 truss in 2002 and the Harmony module in 2007.

During her career, she was one of only two women to command a space shuttle mission. During the mission she commanded, STS-120, she docked with the ISS, which was commanded by NASA astronaut Peggy Whitson. This was the first time two female mission commanders were in orbit at the same time.

Melroy is expected to be inducted into the U.S. Astronaut Hall of Fame. The ceremony was planned for May of 2020, but was delayed due to concerns of the pandemic.

“Pam is a pioneer and veteran of NASA, and will be an outstanding leader as we venture farther out to the stars,” said Nelson in a NASA press release. “We certainly are lucky to have her on board, and I look forward to leading NASA with her as a team.”