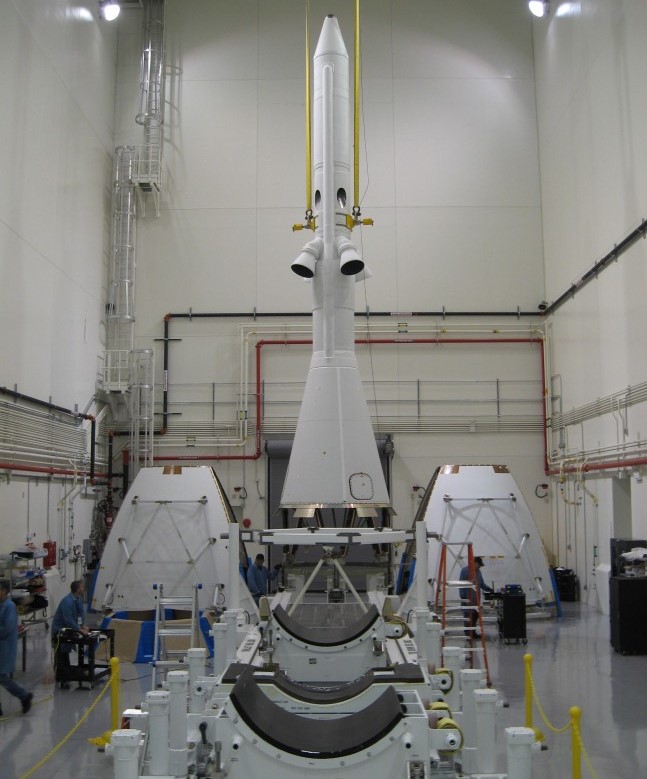 The completed launch abort system for Orion’s first launch in December was rotated into a vertical position on July 25, making room in the facility for the scaffolding that will allow it to be stacked on top of Orion’s crew and service modules this fall. Almost 53 feet tall on its own, when stacked on top of the crew and service module, the vehicle reaches more than 80 feet into the air, and the scaffolding is necessary to allow engineers and technicians access for the final touches to be put on the vehicle before its rolled out to the launch pad and installed on top of the Delta IV Heavy rocket that will carry it into space.

The launch abort system is designed to protect astronauts if a problem arises during launch by pulling the crew module away from a failing rocket. It can activate within milliseconds to pull the vehicle to safety and position the module for a safe landing. Because there will be no crew on this first mission, only the jettison motor will be active in December. The tower structure will detach itself from the crew module as it would during a normal ascent. This flight test will provide information on the abort system’s performance during the vehicle’s trip to space.