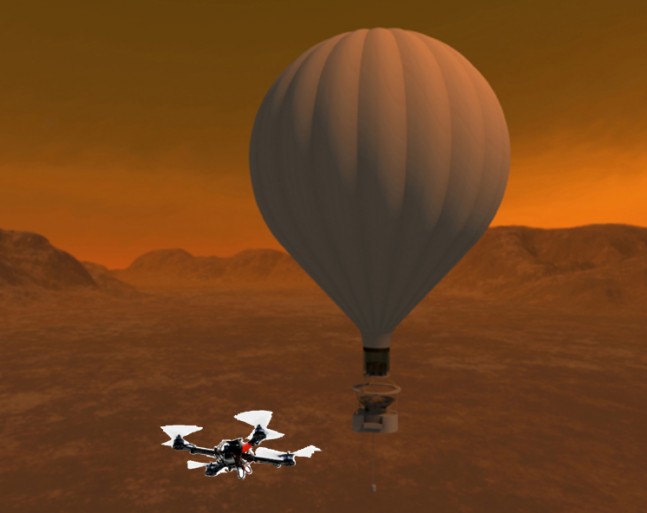 The NASA Innovative Advanced Concept program (NIAC) has selected 12 proposals for Phase I funding, including three from the Jet Propulsion Laboratory (JPL) in Pasadena, California. The NIAC program nurtures visionary ideas that could transform future NASA missions with improvements or entirely new concepts in aerospace technology. Proposals can be submitted by researchers in academic institutions, the aerospace industry and government research labs.

The 12 selected proposals cover a wide variety of innovative concepts including a submarine to explore the methane lakes of Titan, a method for using neutrinos to probe the icy moons of the outer planets and a concept to safely capture a spinning asteroid or space debris. “The latest NIAC selections include a number of exciting concepts for planetary exploration,” said Michael Gazarik, NASA’s associate administrator for the Space Technology Mission Directorate in Washington. “We are working with innovators around the nation to transform the future of aerospace, while also focusing our investments on concepts to address challenges of current interests both in space and here on Earth.” Each NIAC Phase I study will receive approximately $100,000  to conduct a nine-month initial definition and study of their concept.  Researchers can apply for Phase II awards if initial feasibility studies are successful. Phase II awards provide approximately $500,000 over two years allowing researchers to further develop and analyze their concepts. The 2014 application period for Phase II proposals ended on June 3. Approximately five Phase II selection will be announced later this year.

“The 2014 NIAC Phase I candidates were outstanding, which made final selections decisions particularly difficult,” said NIAC Program Executive Jay Falker. “So we considered various kinds of potential benefit and risk, and developed this portfolio to really push boundaries and explore new approaches, which is what makes NIAC unique.”

The cutting-edge concepts selected for the NIAC program come from multiple technology areas, including propulsion, human habitation, scientific instruments, materials for use in space  and other technologies required to meet NASA’s strategic goals.

The NIAC program is part of NASA’s Space Technology Mission Directorate (STMD), which is tasked with innovating, developing, testing and flying hardware which will be used in NASA’s future missions. The directorate will make significant investment over the next 18 months to address several high-priority challenges in achieving safe and affordable deep space exploration.