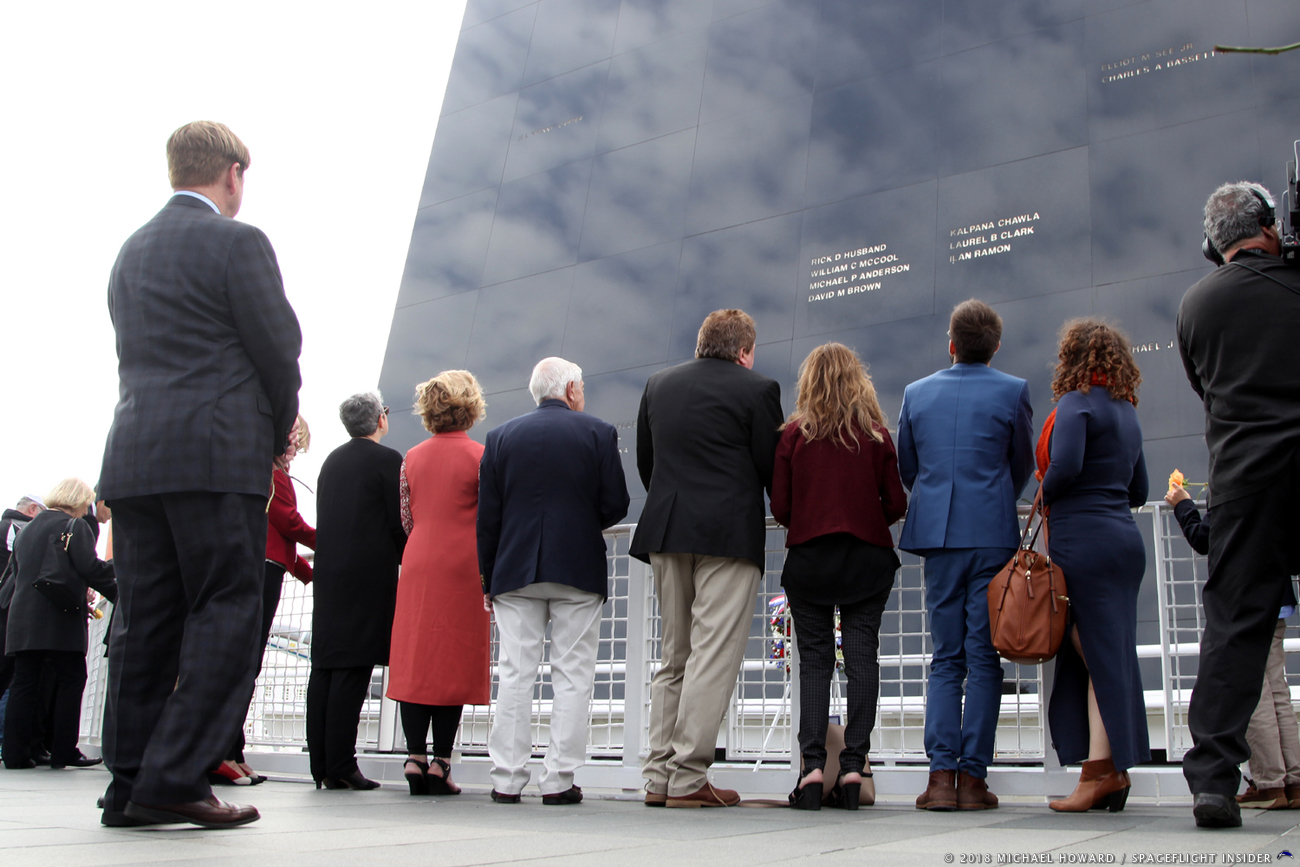 NASA officials and family members gathered to pay their respects at the Space Mirror Memorial at the Kennedy Space Center Visitor Complex during the 2018 Day of Remembrance. Photo Credit: Mike Howard / SpaceFlight Insider

Each year around the end of January, NASA takes a day to remember those that have given their lives for space exploration. Because of the ongoing partial U.S. government shutdown, this year’s events have been delayed.

In a statement via Twitter, NASA Administrator Jim Bridenstine said the events scheduled for Jan. 31, 2019, would have to be postponed.

“NASA’s annual Day of Remembrance reminds us to reflect on not just the sacrifices that have been made by our fallen family, friends, and co-workers, but also to remind us of our core values of safety, integrity, and teamwork as we carry out our history-making missions,” Bridenstine said. “Unfortunately, most of our NASA family are on furlough and we recognize that participation in many of the Day of Remembrance activities would be a challenge. As a result, we have decided to delay our observance until the NASA family is able to come together to remember our fallen astronauts and those who have given their life in pursuit of exploration.”

According to Bridenstine, a new date for the commemoration has not been selected. However, he said selecting a date will be a priority as soon as the shutdown is over and NASA employees are back to work.