NASA to launch OCO-2 early this Tuesday from California 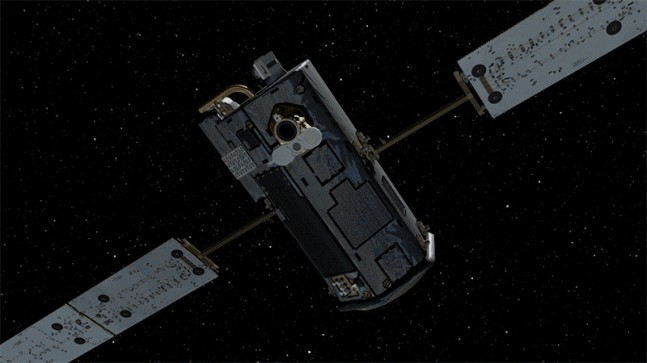 OCO-2 will replace the original OCO spacecraft, which was launched on February 24, 2009 and was subsequently lost due to the payload fairing of the Taurus rocket never separating. With the fairing still in place, the spacecraft was doomed, too heavy to even reach orbit – it crashed into the Indian Ocean. The new satellite is nearly identical to the one that was lost, something done in order to save time and money. If OCO-2 succeeds, it will be the first NASA mission dedicated to gathering data on atmospheric carbon dioxide, the greenhouse gas at the heart of the climate change debate. Such greenhouse gases are necessary for keeping enough of the sun’s heat in our atmosphere to sustain life, but there is widespread concern that use of fossil fuels and deforestation have been the cause of significantly higher carbon dioxide levels that in turn are causing global climate change.

According to NASA’s Jet Propulsion Laboratory (JPL), “…a global network of ground-based measurement sites has observed an increase in atmospheric CO2 concentration by almost 20 percent over the past 50 years — the most dramatic change that we have ever seen in human history.”

The data gathered by this satellite should reveal both the Earth-based sources of carbon dioxide and the “sinks,”  – oceans, plants and soils, where carbon dioxide is naturally pulled from the atmosphere and stored. There is some concern about whether the carbon dioxide sinks will continue to do their job as more carbon dioxide is emitted over time, and how efficient they will be in the long term. Ideally, OCO-2 will, help answer such questions.

Additionally, OCO-2 will be looking at the solar-induced chlorophyll fluorescence, or the barely-visible “glow” of photosynthesizing plants. According to the NASA website, it’s “an indicator of the process by which plants convert light from the sun into chemical energy. As chlorophyll molecules absorb incoming radiation, some of the light is dissipated as heat, and some radiation is re-emitted at longer wavelengths as fluorescence.” The ability to measure this “glow” was discovered when NASA and international researchers examined data from the Japanese Greenhouse Gases Observing Satellite (GOSAT), also called “Ibuki” (which means “breath” or “vitality” in Japanese), the world’s first satellite dedicated to monitoring greenhouse gases. Though scientists had been measuring such fluorescence from the ground for decades, they had never been able to measure it on a global scale. Part of the reason for examining solar-induced fluorescence is that it gives immediate information about events that affect plant photosynthesis, such as droughts.

The OCO-2 satellite will detect both carbon dioxide and solar-induced fluorescence using one instrument with three high-resolution grating spectrometers, which measure different parts of the light spectrum. The instrument will measure the wavelengths (essentially the colors) of sunlight that carbon dioxide absorbs, and catch tiny differences in absorption between wavelengths by separating the light into many narrow wavelength bands. The instrument is designed to collect 24 observations per second, a significant improvement over GOSAT’s one observation per four seconds. Of the approximately one million soundings it should collect daily, about 100,000 are expected to produce truly usable data. Even tiny clouds compromise the data, and for this reason the satellite’s field of view is just about one square mile.

Orbital Sciences Corporation (Orbital) designed, integrated and tested the spacecraft under a two-year contract with JPL. Orbital is known partly for building the Pegasus, a successful air-launch system, and its yet-untested successor, the Thunderbolt. More recently, the company has delivered cargo to the crews on board the International Space Station via the combined efforts of Orbital’s Antares rocket and Cygnus spacecraft.

The OCO-2 satellite will launch via a ULA Delta II-7320 rocket. The four-digit suffix indicates it’s a 7000-series Delta (as opposed to the older 6000 series, last flown in 1992), has three solid rocket boosters, has an Aerojet AJ10 engine on the second stage (as in all Delta II rockets since the 6000 series), and has no third stage.

This will be ULA’s seventh launch of 2014 and their 84th launch since the company’s inception in 2006.

The mission only has a 30-second launch window to join what is called the Earth Observing System Afternoon Constellation, or the “A-Train,” a constellation of five other Earth-observing satellites that make near-simultaneous measurements. They’re all spaced just a few minutes apart, so if OCO-2 misses the window, it misses the correct orbit. If needed, there will be another 30-second shot on another night. So far it appears weather won’t be an issue, with zero percent chance of precipitation predicted. If all goes according to plan, OCO-2 will have a two-year mission at the head of the A-Train.

In terms of the Delta II, two more launches of the vehicle are planned. The Soil Moisture Active Passive (SMAP) is set to be launched in October of 2014 and the Joint Polar Satellite System-1 (JPSS-1) spacecraft set to launch in November of 2016 – both are NASA spacecraft.

You forgot to mention the Rocketdyne-built booster engine, the RS-27A. The launch of OCO will be an important mission.

Whoops, you’re right. I’ll definitely mention it in the launch article. Thanks for commenting!