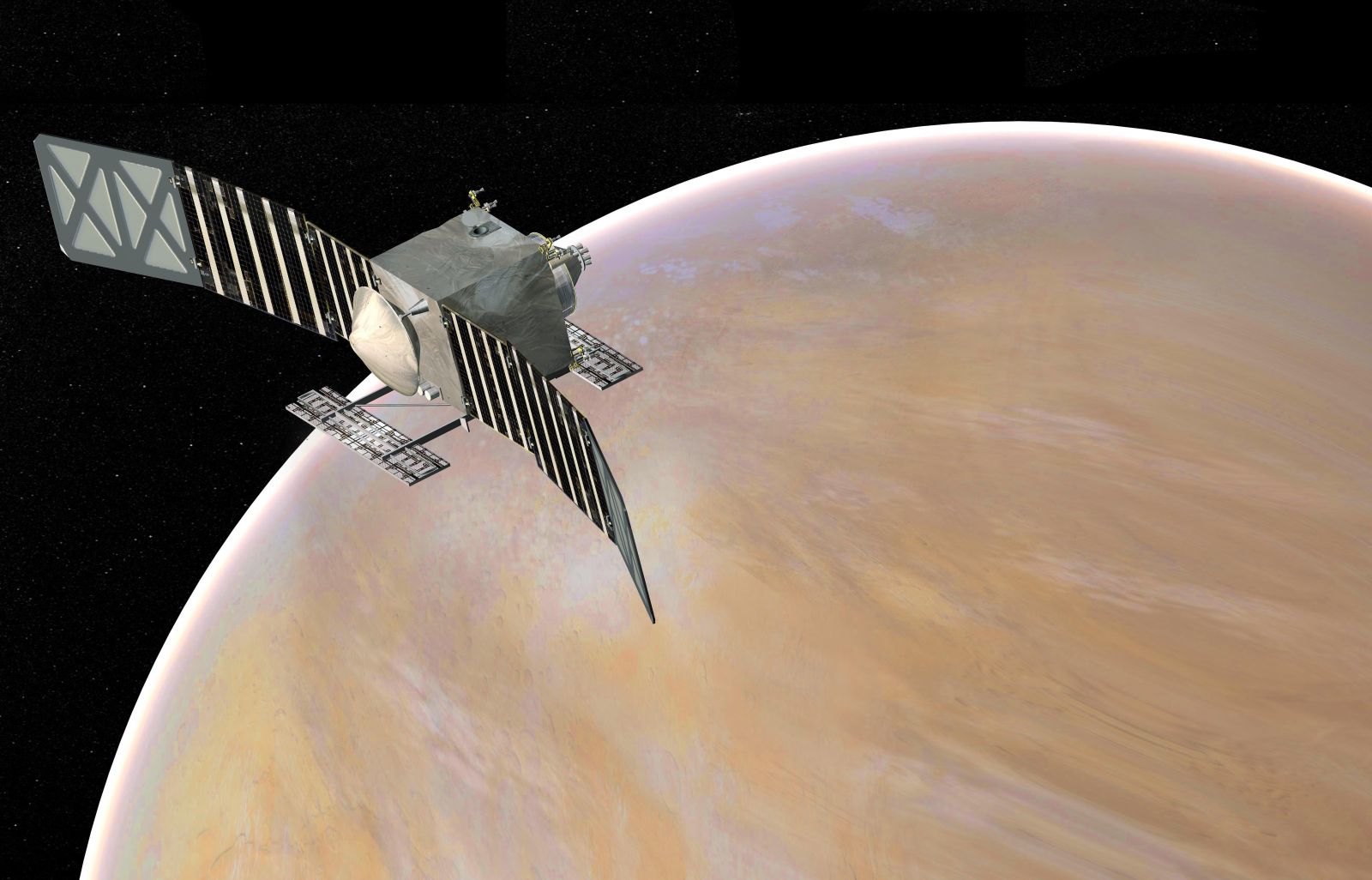 An illustration of the VERITAS orbiter, which was one of two missions selected to study Venus at the end of the 2020s under NASA’s Discovery Program. Credit: NASA

The missions, the DAVINCI+ atmospheric probe and the VERITAS orbiter, seek to better understand how Venus changed from being possibly the first habitable planet in our solar system with oceans and near-Earth conditions to an “inferno like world.” These missions were among four potential chosen following a peer-based review process in February 2020 for their feasibility and contribution to scientific discovery.

“We’re revving up our planetary science program with intense exploration of a world that NASA hasn’t visited in over 30 years,” said Thomas Zurbuchen, NASA’s associate administrator for science, in a NASA news release. “Using cutting-edge technologies that NASA has developed and refined over many years of missions and technology programs, we’re ushering in a new decade of Venus to understand how an Earth-like planet can become a hothouse. Our goals are profound. It is not just understanding the evolution of planets and habitability in our own solar system, but extending beyond these boundaries to exoplanets, an exciting and emerging area of research for NASA.” 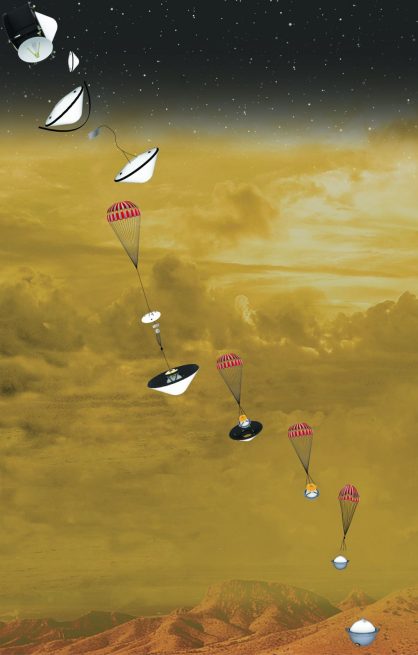 NASA is expected to appropriate $500 million per mission, each anticipated to launch in the 2028-2030 timeframe as teams continue to work on their design and development plans.

DAVINCI+, which stands for “Deep Atmosphere Venus Investigation of Noble gases, Chemistry and Imaging, Plus” aims to understand and determine how the planet formed, if it ever had an ocean and other elements contributing to its atmospheric conditions making it such a “hothouse” compared to Earth. The mission will also provide imaging of a geological interest on Venus known as “tesserae” comparing the Earth’s continental plate tectonics to those of Venus.

NASA’s Goddard Space Flight Center will manage the project with James Garvin as the principal investigator.

The second mission is VERITAS, which stands for “Venus Emissivity, Radio Science, InSAR, Topography, and Spectroscopy.” Its mission is to map the planets geological history, chart surface elevations over the entire planet by 3D reconstructions of topography and looking for types of rock, to confirm volcanic activity and if water vapor is released into the atmosphere.

NASA’s Jet Propulsion Laboratory in Southern California is to provide the project management with Suzanne Smrekar as the principal investigator. According to NASA, the German Aerospace Center is to contribute the infrared mapper and the Italian Space Agency and France’s Centre National d’Etudes Spatiales is to provide the radar and assist in other parts of the mission.

Additionally, VERITAS is to be host to a technology demonstration, the Deep Space Atomic Clock-2, built by JPL with funds from NASA’s Space Technology Mission Directorate to help with autonomous spaceflight maneuvers and enhanced radio scientific observations.

Another tech demo will be on DAVINCI+. The Compact Ultraviolet to Visible Imaging Spectrometer, or CUVIS, built by Goddard, is to perform high-resolution measurements of ultraviolet light. By using a new instrument based on freeform optics, the goal is to determine the origin of the unknown ultraviolet absorber in Venus’ atmosphere that is responsible for absorbing up to half the incoming solar energy to the planet.

“It is astounding how little we know about Venus, but the combined results of these missions will tell us about the planet from the clouds in its sky through the volcanoes on its surface all the way down to its very core,” said Tom Wagner, NASA’s Discovery Program scientist. “It will be as if we have rediscovered the planet.”