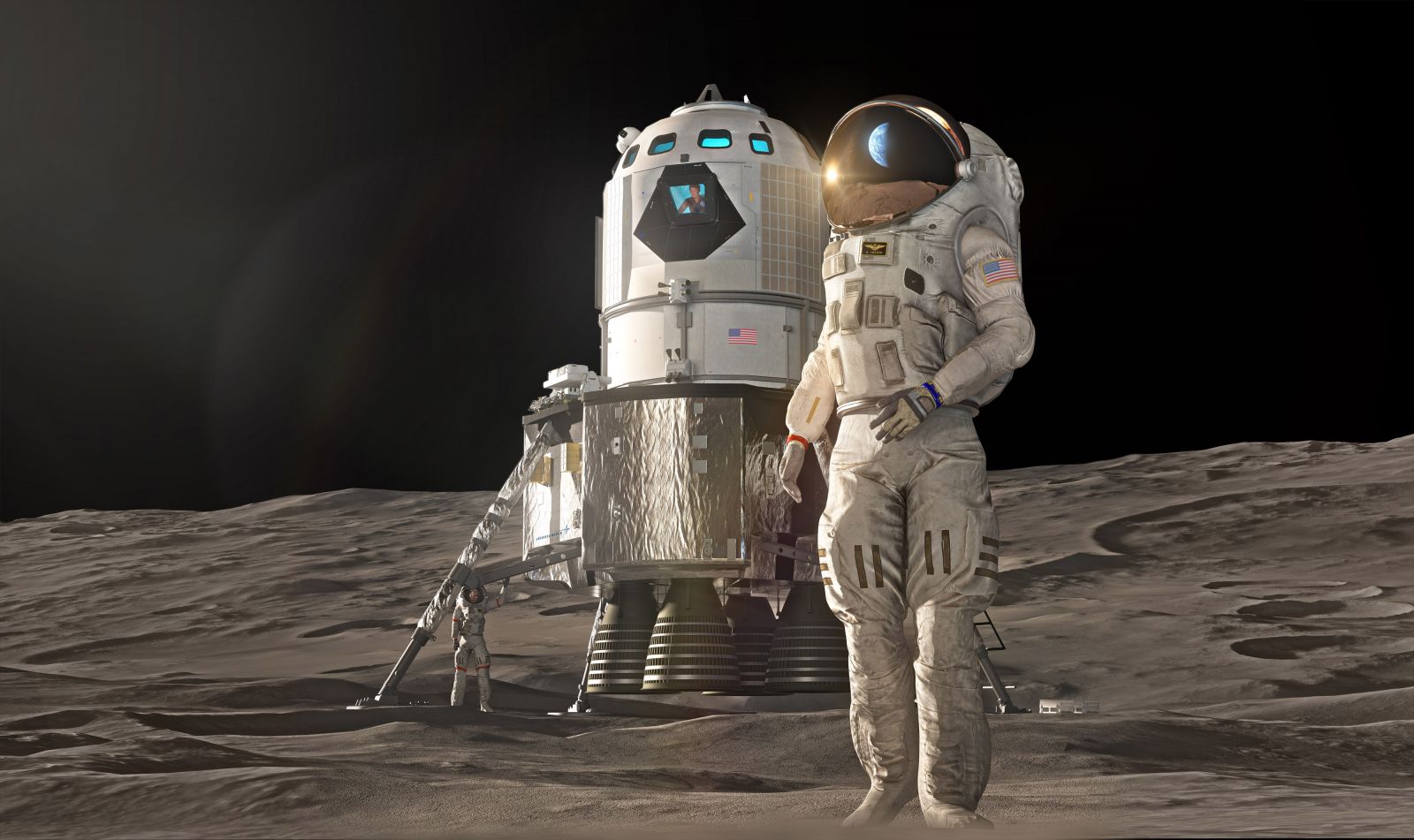 An illustration of a lunar lander on the surface of the Moon. The design being proposed by Lockheed Martin is a two-stage vehicle that is derived from the Orion spacecraft. Image Credit: Lockheed Martin

When Vice President Mike Pence directed NASA to return astronauts to the Moon within five years, the scope of a task that once seemed far off began to take on some near-term importance.

Though the delayed Space Launch System has been a favorite target of those who lament the agency’s seeming inability to return astronauts to deep space, the reality is that there is an entire ecosystem that must be be built before humans can once again set foot on the Moon.

One of those many missing pieces is an ascent vehicle. To fill that need, NASA has recently posted a presolicitation seeking proposals for the Human Landing System: an Ascent Element. Beyond providing a ride back to lunar orbit for the astronauts, the Ascent Element would also house its occupants on the initial trip to the Moon’s surface:

The announcement appears to fall under NASA’s Next Space Technologies for Exploration Partnerships-2 (NextSTEP-2) program, which has seen the solicitation for other components of a human exploration program, such as habitation modules, in situ resource utilization, and a reusable human lunar lander.

The presolicitation for the Ascent Element seeks to open the process with brief studies to decide vehicle requirements, and to identify and order components with long lead times.

Lockheed Martin has already proposed a two-stage human lander to act as both a descent and ascent vehicle for astronauts. It is expected that other spaceflight companies will follow suit.

The annual Space Symposium in Colorado Springs is normally witness to many space-related announcements and this year’s 35th installment of the event has followed form.

Meeting at the Symposium was the National Space Council’s User Advisory Group (UAG), at which Lester Lyles, General, USAF (ret.), put forth a proposal to establish a group independent from NASA to review the agency’s refreshed exploration plans.

Under the proposal, the UAG would create a task force, or “red team,” that would serve to act as an independent group who would review any updated NASA exploration plan is finalized. This team would be comprised of UAG members, as well subject matter experts, who could offer expert assessments.

While support for the proposal was largely positive, UAG chairman James Ellis suggested pragmatism guide the team’s recommendations to ensure the group doesn’t expand the agency’s bureaucracy and is clear in its role.

The informal assent of the UAG wasn’t enough to formally approve the proposal. It was decided to revisit the motion at the group’s next meeting, which has yet to be scheduled.

I think before many more missions are sent to the Moon a GPS system should be set up for the Moon. This would enable more accurate landings as SpaceX does.

Given how much NASA has a decent safety rating given how tough space is I hope if NASA is planning to do a lot of work in one place they need a lander/accent vehicle waiting that is ready to go before the next vehicle arrives with people . If all goes well with the landing and the accent vehicle check out good to go then it gets used for the next accent .

Are there plans to establish resources on the lunar surface by robotic deployment and assembly prior to a crewed landing? What source of infrastructure will be in place? Is the lander design to be a single reusable vehicle or will the descent stage be expendable? Will the orbital lunar weigh station provide a base of operations for the establishment of a lunar outpost?

Utilization of insitu resources is essential for an outpost with extended residency times. What materials are available in the lunar regolith and what techniques are available to extract them in useful quantities? Key would be oxygen and hydrogen. Every kilogram of critical material that can be extracted from the lunar environment means a savings of thousands of dollars in launch costs. Other materials, especially metals, if they can be extracted and refined,would support additive manufacturing (3D printing) of critical components. Silica,which appears to be available in large quantities, can be fused to make construction materials and even optical components. Further down the line the moons low gravity and lack of an atmosphere may make electromagnetic catapult systems more practical than conventional rockets for payload launches from the surface.