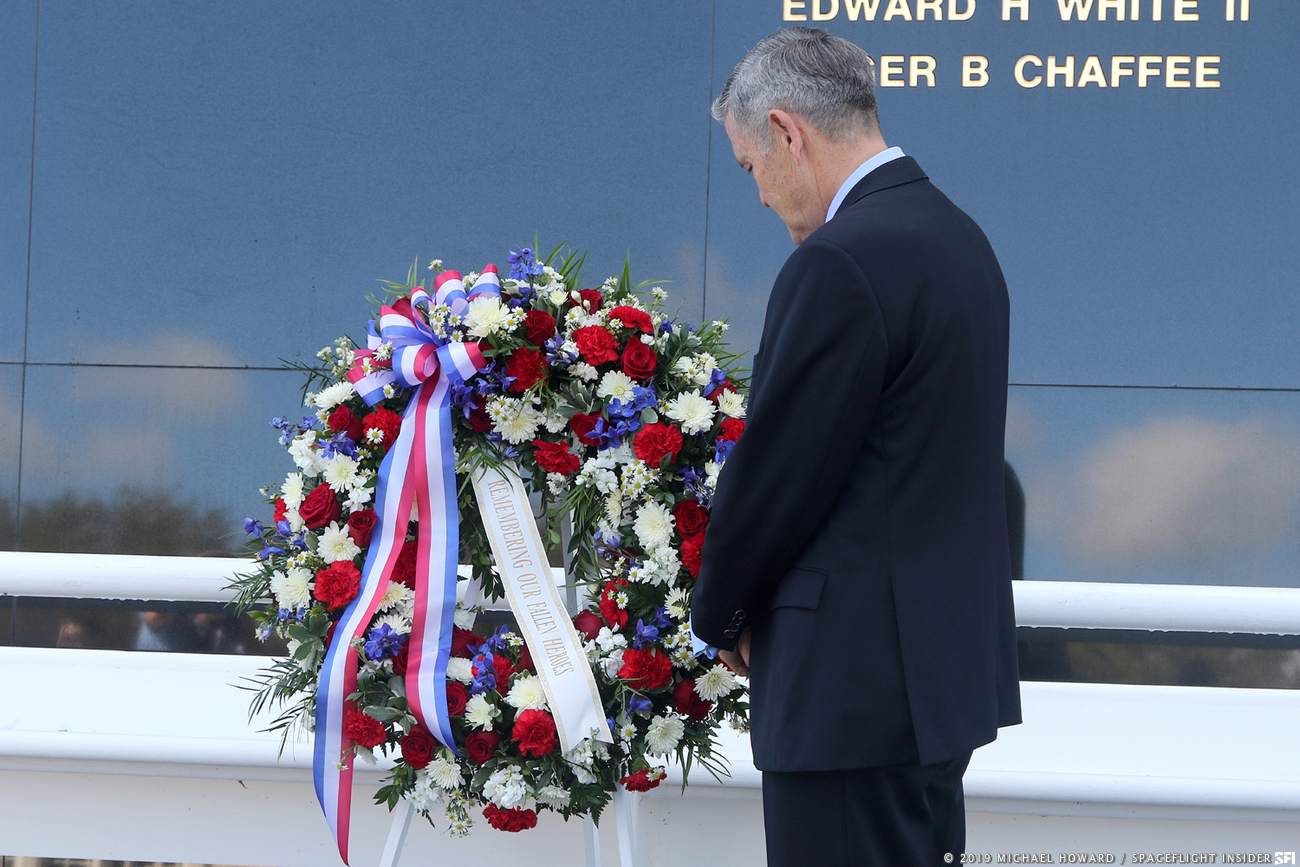 KENNEDY SPACE CENTER, Fla. — Today, NASA paused to reflect and remember those that gave the ultimate sacrifice in pursuit of the exploration of space in its annual Day of Remembrance ceremony.

The remembrance service occurred the morning of Feb. 7, 2019, in front of the Space Mirror Memorial at the Kennedy Space Center Visitors Complex. It was open to visitors of the Complex and each guest was given a flower that they could place at the memorial at the conclusion of the ceremony. 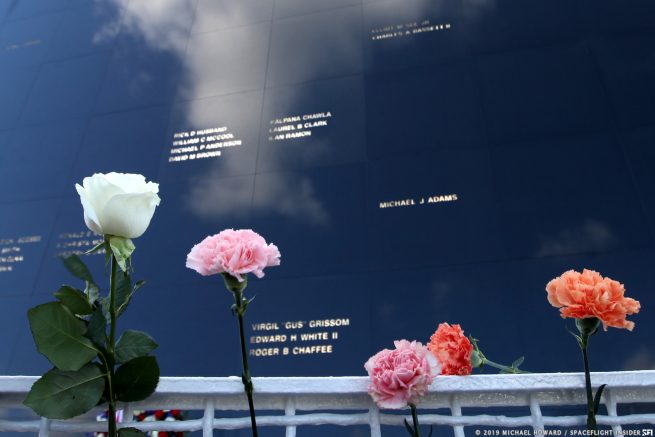 Opening the ceremony and bringing the invocation was Father Blake Britton of Saint Mary Catholic Church in Rockledge, Florida.

“Every year, we gather,” Altman said in his opening remarks. “We gather here to remember those who have paid the ultimate sacrifice, who have given everything in the pursuit of human spaceflight. We stop and remember, but we continue to fight and work toward the destiny that they stood for and the dream of human [space] exploration.” 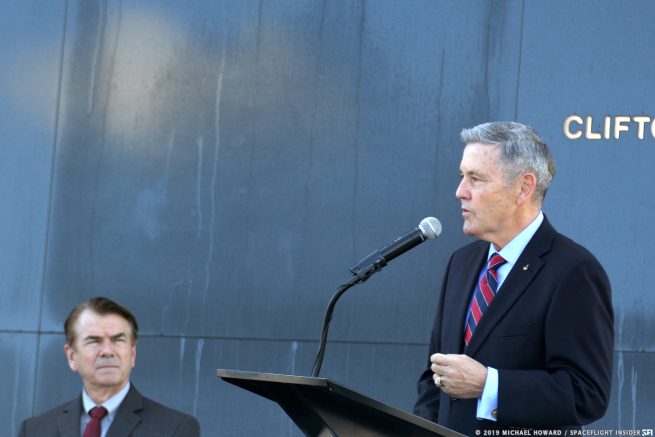 Altman went on to remember the words of Gus Grissom before the Apollo 1 fire in 1967: “The conquest of space is worth the risk.” He then read, one by one, the names of those who were lost in the pursuit of space.

KSC Director and former astronaut Robert Cabana, ahead of a wreath-laying ceremony, spoke of the continued importance of this time of reflection and day of remembrance.

“It’s extremely important that we take time to pause and remember those crews that paid the ultimate sacrifice,” Cabana said. “Many of the names on that mirror were close friends of mine and I miss them. But they’re not forgotten. What they did makes us want to press on and go even farther. They did what they were enjoying doing and it’s really important that we continue to move forward and explore, that we don’t stop.”

Cabana spoke of the future of human spaceflight with crews soon to launch aboard new rockets and spacecraft from U.S. soil.

“Right now at NASA, we’re developing three new human spaceflight vehicles,” Cabana said. “That’s a unique time in our history. And now more than ever, it’s important that we pause and remember the crews of Apollo, Challenger and Columbia.”