A NASA board assigned to investigate the April 2018 failure of an infrared-detecting instrument on board a next-generation weather satellite has released its report. The malfunction has been attributed to a pipe blockage that prevented the flow of needed coolant.

The National Oceanic and Atmospheric Administration‘s (NOAA) Geostationary Operational Environmental Satellite-17 (GOES-17), was launched on March 1, 2018, from Cape Canaveral Air Force Station in Florida. The satellite is one of a series of new-generation weather satellites that conduct atmospheric measurements and take advanced imagery, enabling scientists to track storms, wildfires, coastal fog, and other potentially hazardous weather conditions in the western US in real time. It is positioned in a geostationary orbit 22,300 miles (35,888 km) above the Earth’s surface.

Data provided by the GOES satellites make it possible for meteorologists to provide earlier warnings and more accurate predictions for people in the paths of hazardous weather or wildfires. 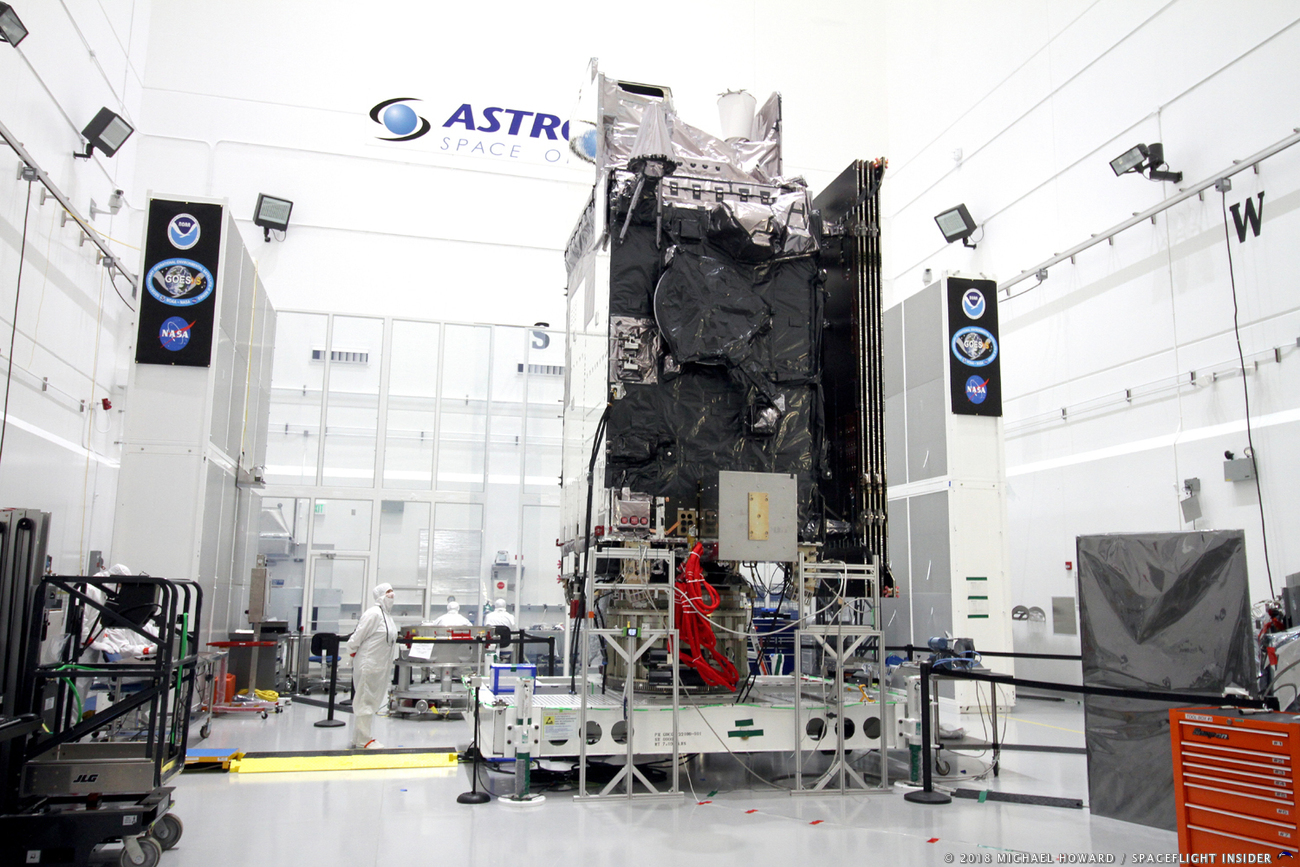 This particular satellite is designated GOES-West because it monitors weather, fires, and environmental hazards in California, Alaska, Hawaii, and other regions of the western US, as well as in the Pacific Ocean. Other satellites in this series, including GOES-16, 18, and 19, monitor other regions, also from geostationary orbit.

Testing conducted after GOES-17‘s launch revealed a problem with the infrared detectors on an instrument known as the Advanced Baseline Imager (ABI), the main instrument the satellite uses to image Earth’s oceans, environment, and weather. Specifically, mission scientists discovered that the ABI’s infrared detectors could not be kept at the temperatures required to keep them functioning. This presented a major problem since the ABI uses 16 spectral bands to study the Earth–two in visible light, four in the near-infrared, and 10 in the infrared.

The inability to maintain the instrument’s needed temperature resulted in a partial failure of three of these bands at specific times of year.

To determine what went wrong, NASA and NOAA appointed a Mishap Investigation Board charged with collecting information about the mishap and analyzing it, with the goal of identifying both the root causes and contributing factors. In a report released on July 30, 2019, the board concluded the likely cause of the problem was a blockage in the ABI’s loop heat pipes, which limited the flow of coolant, causing the instrument to overheat. In that state, the sensitivity of its infrared sensors was compromised.

Mission scientists at both NASA and NOAA have since been working to minimize the damage and improve the quality of the data the satellite collects.

A full copy of the board’s report, including recommendations for avoiding future mishaps, has been posted online on the NASA Reports and Transcripts page.